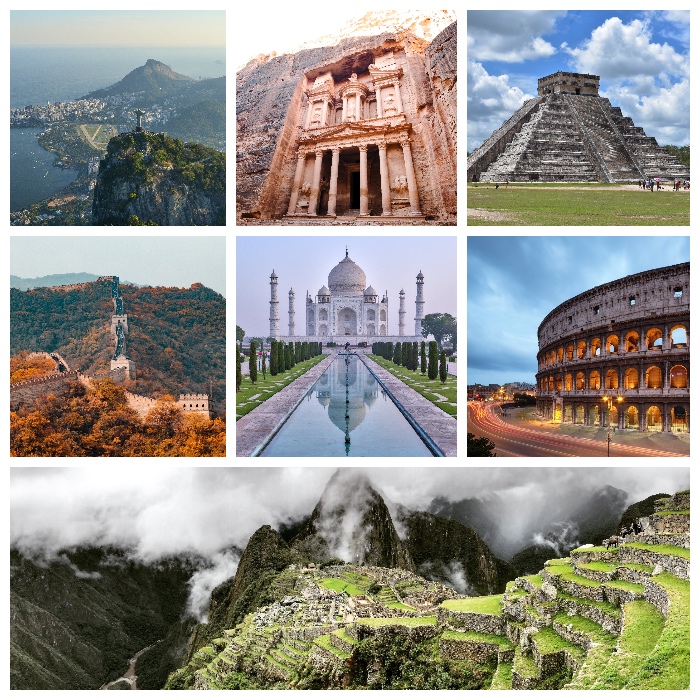 THE 7 WONDERS OF THE MODERN WORLD: WHAT THEY ARE AND WHERE THEY ARE LOCATED

I found out that someone, before me, asked himself the same question because in 2000 an online survey was conducted in order to establish what the 7 wonders of the modern age are.

What the 7 wonders of the modern world are

1. Chichén Itzá (Mexico)
In the Yucatán Peninsula, Chichén Itzá, the Maya archaeological site is the most important and the Temple of  Kukulkan, also known as El Castillo, is the most famous monument.
The history of this place is still shrouded in mystery and still today the play of light during the spring and autumn equinoxes fascinate people.
The documents dating back to Spanish domination describe the sacrifices to the god of rain. 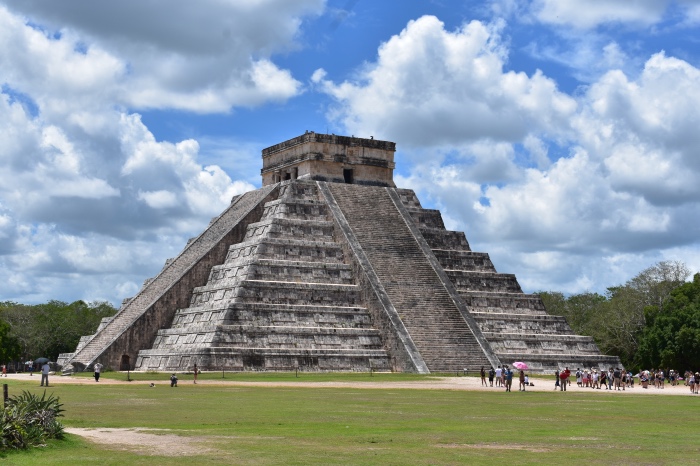 2. Christ the Redeemer (Brazil)
On the top of Mount Corcovado, stands the statue which is the symbol of the city of Rio de Janeiro and which is the youngest of the 7 wonders of the modern world.
Christ the Redeemer is 38 meters high and was made in 1931. Until 2002 you could reach it only by ascending 222 steps, but now you can visit it thanks to a railway line, 3 lifts and 8 escalators. 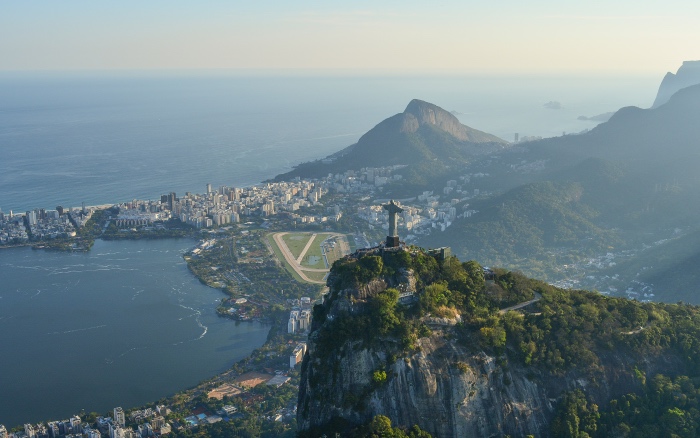 3. Machu Picchu (Peru)
Considered the lost city of the Incas, it was discovered in the early 20th century, and soon it appeared as a city suspended between myth and legend.
According to historians, the city was built in the 15th century and is divided into two sectors: the agricultural sector, with terraced fields, and the urban sector, the administrative area of the city. 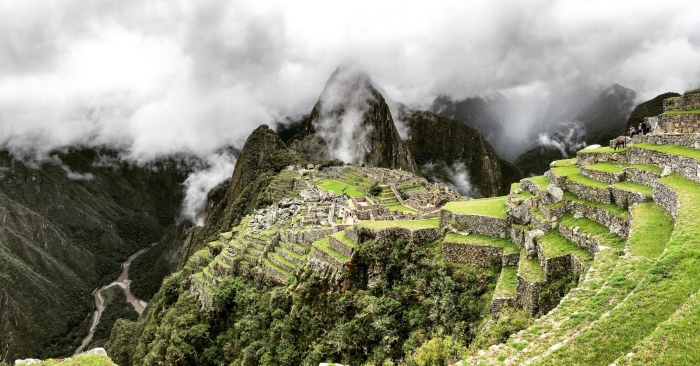 4. The Great Wall of China (China)
Built to protect China from Mongol invasions, it is 8,851.8 km long, but according to recent studies it is longer.
The Great Wall was inscribed on the UNESCO World Heritage List in 1987 and you can visit it and walking on it in the best preserved section. 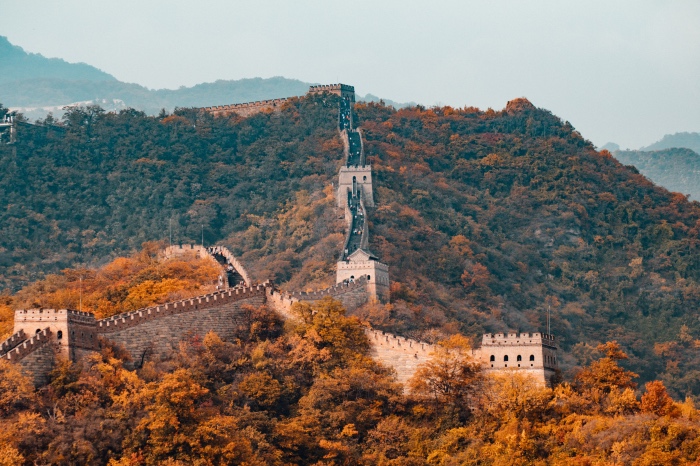 The Great Wall of China (China)

5. Petra (Jordan)
Around 250 km from Amman is the archaeological site of Petra, a city dug into the rock and discovered in 1812.
In ancient times it was the capital of the Nabataean Kingdom, but towards the 8th century it was abandoned and forgotten until, after many centuries, it was rediscovered. 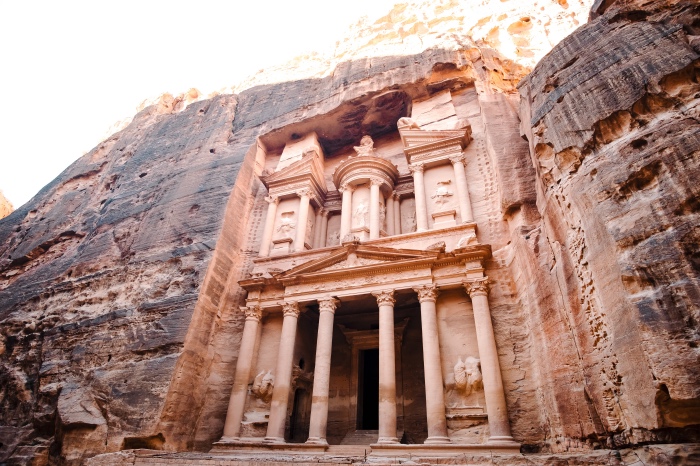 6. Taj Mahal (India)
Also India is among the Countries housing one of the 7 wonders of the modern world. It’s the Taj Mahal, that is to say a mausoleum built by the Mughal Emperor Shah Jahan for his favourite wife.
The building is majestic and the marbles and precious stones covering it create unique light effects which change during the day.

7. Colosseum (Italy)
Among the 7 wonders of the modern world the Colosseum, also known as the Flavian Amphitheatre, can’t be missing.
It’s the world’s largest amphitheatre and could hold up to 50,000 spectators, who attended different kinds of spectacles: from gladiator fights to hunting scenes with wild animals, up to real naval battles, made possible thanks to a complex theatre system and special effects unique for the Roman Age. 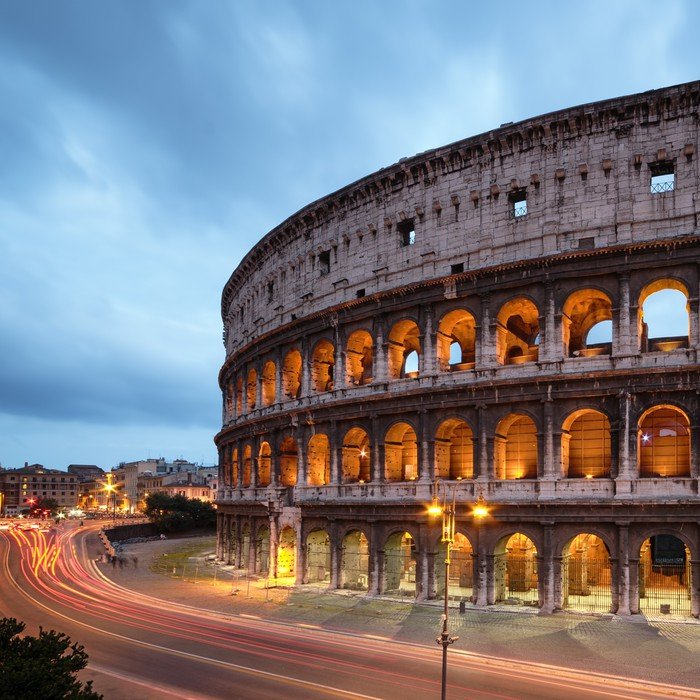 READ ALSO – The most beautiful cities in the world: 5 birth places of important painters to see

One thought on “7 wonders of the modern world: what they are and where they are located”