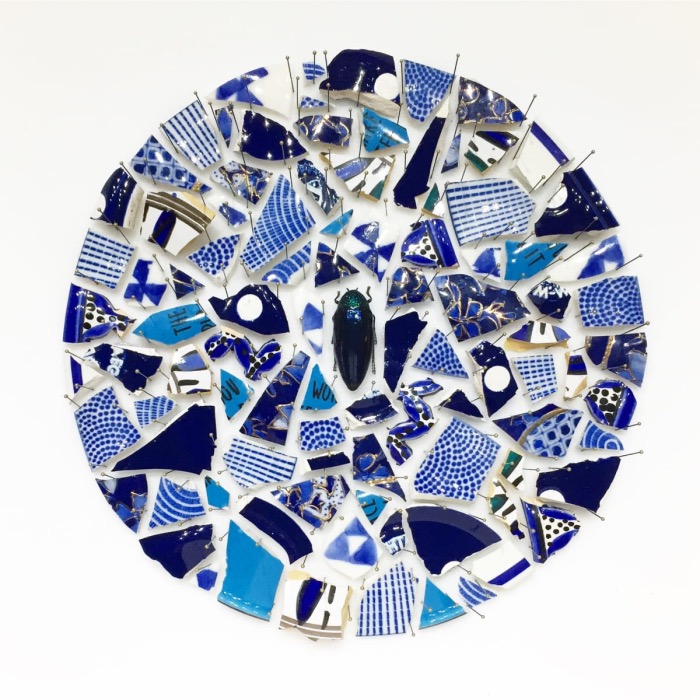 ALICE PADOVANI AND HER GARDEN

Through installations, assemblages and performances, Alice Padovani proposes fragments of a decontextualised nature in her works and creates collections that are like collections or simple traces of the natural world, mixed with historical finds of various kinds.

Her works are like fragments of a garden whose composition we can only guess at.

The garden of Alice Padovani 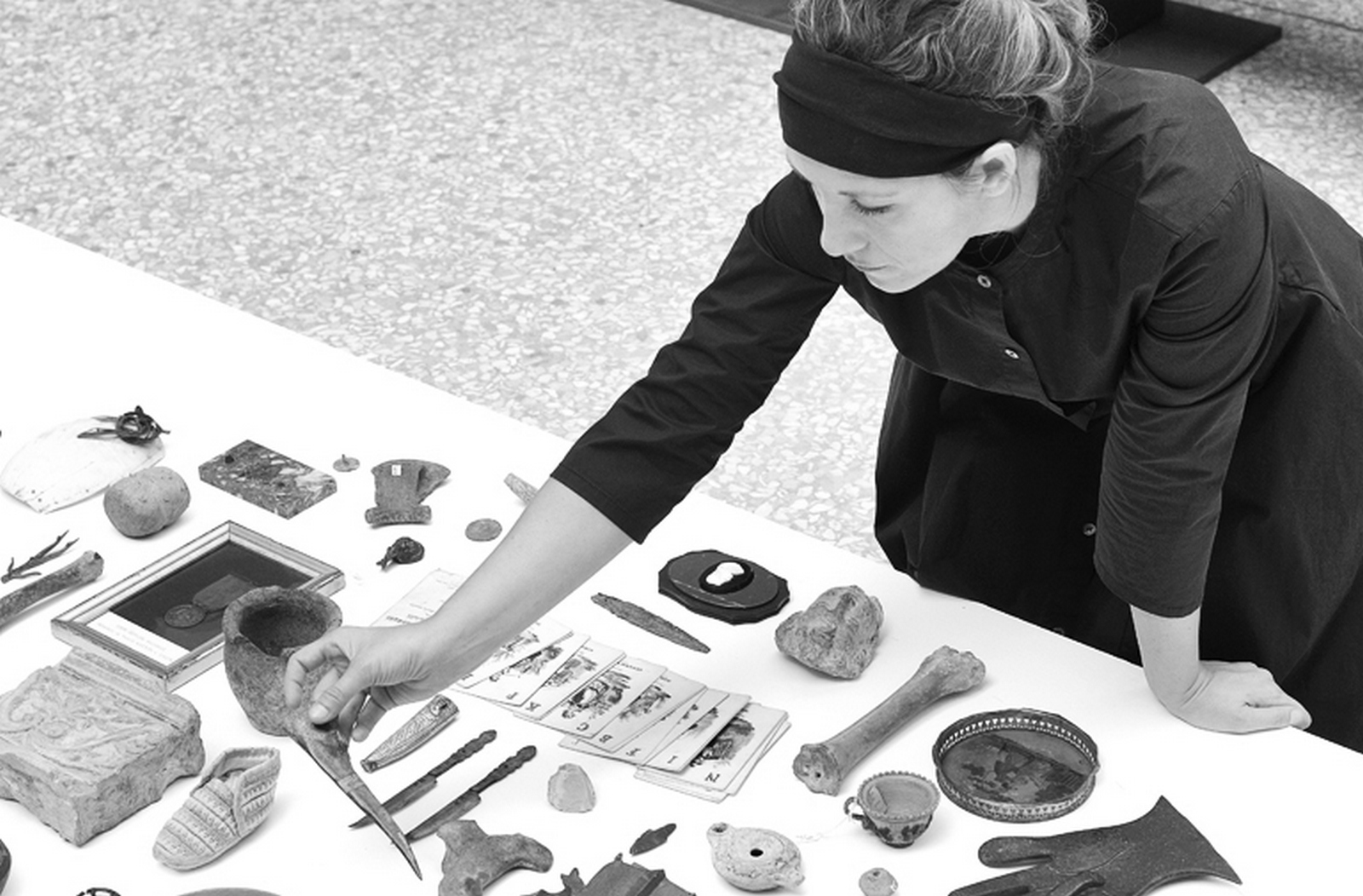 THE VISUAL DIARY OF ALICE PADOVANI

What does it mean to retrieve, catalogue and order the traces of time?
Alice Padovani’s visual diary is a strenuous battle for the control of time, measured through artistic actions. The result is an intimate, affective encyclopaedia in which the passing of time and an interest in the natural world can be sensed.
Alice Padovani’s works are both heaps and traces. Everything is preserved and somehow rescued from the inexorable wear and tear of time and the oblivion of memory. A very serious game, after all.

Alice Padovani’s works have been shown in several exhibitions, including a solo show at the State Archives in Turin and a group show at the Palazzina di Caccia Stupinigi.
Her most recent site-specific project, realised on the occasion of the Modena Philosophy Festival for the Musei Civici, was a large floor installation made from a selection of extraordinary ancient objects and artefacts from archaeological, ethnological and civic museum deposits and collections.

THE WORKS OF ALICE PADOVANI BETWEEN ORDER AND CHAOS

Alice Padovani’s assemblages are composed of many elements where a precarious balance prevails between order and chaos, between nature and artifice, between geometry and creative gesture, between single and multiple.
The reference to the animal universe (entomological in particular) remains a constant inspiration but constantly declined and reworked.

Alice Padovani has a degree in Philosophy and Visual Arts, from the mid-1990s to 2012 she trained and worked as an actress and director in contemporary theatre. At the same time, preferring the use of drawing, installation and performance, she developed her own path as a visual artist that led her to exhibit in solo exhibitions
group exhibitions and art fairs nationally and internationally.
Her works are part of several important collections in Italy and abroad. 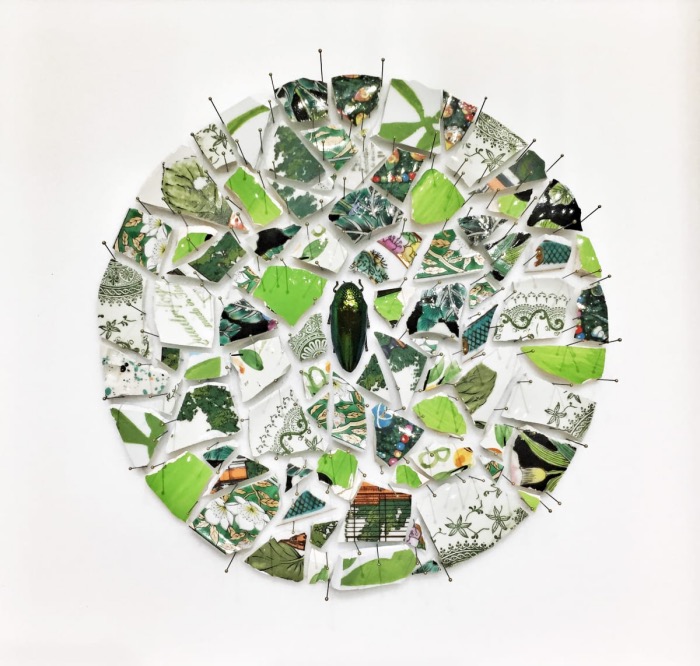 In 2022, Alice Padovani is a guest of Ghepi s.r.l., a company in Cavriago (RE) specialising in the development of plastic injection moulding projects.

The artist has prepared an original work of art from the plastic components available on site. The composition will be acquired by the company and presented to the public in March 2022, as part of the event that officially opens the company’s 50th anniversary celebrations.

‘We have been following and appreciating the work of Alice Padovani for some time,’ explain Nicla Ferrari and Gaia Bertani of Gommapane Lab. We were particularly struck by the important site-specific installation realised inside the Roman Lapidary of the Civic Museums of Modena on the occasion of festival filosofia 2020, an installation in which the artist’s entire classificatory attitude is condensed, combined with a special skill in the composition of different elements that, deprived of their original function, give life to an ‘other’ world that does not neglect a very high level of formal elegance. It is also interesting that the artist often characterises his works by allowing himself to be guided by a circular perimeter. This form, evocative of contents such as regeneration, sustainability, circularity, continuity, ties in deeply with the values that the residency wants to convey’.

“Alice Padovani’s artist residency,’ declares Mariacristina Gherpelli, Managing Director of Ghepi s.r.l. – was an extra-ordinary experience for us. The ‘art workshop’ was set up in the meeting room, to ensure some privacy, but Alice always kept the door open. I was very surprised by her extreme friendliness in welcoming people who wanted to meet her and have a look. Instead of seeking absolute concentration, she was always very open to dialogue. When Alice then asked for more materials, a wonderful ‘treasure hunt for the Artist’ opened up. We are very happy that it is this event that opens our 50th Anniversary celebrations. Alice’s artwork, with its accurate and harmonious, yet innovative and dynamic character, is truly an icon of Ghepi’. 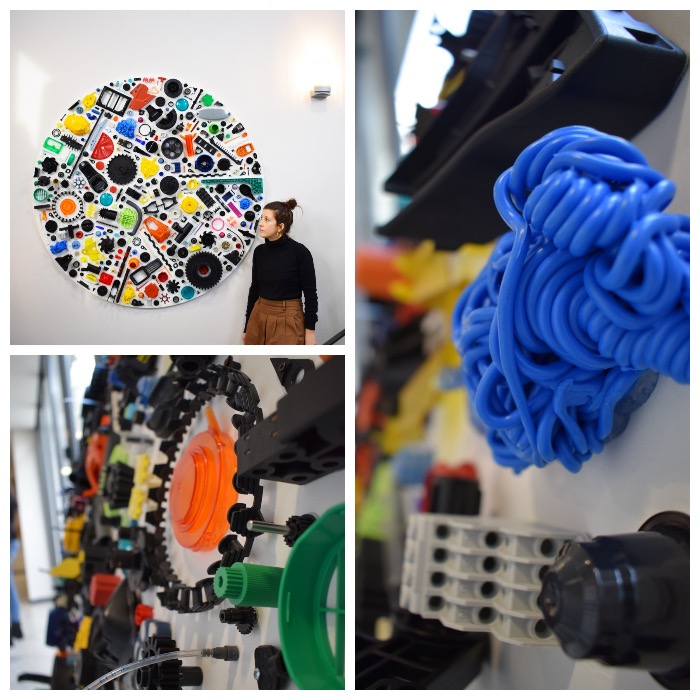 THE WORKS OF ALICE PADOVANI ON SHOW

The Modenese artists Enrica Berselli, Alice Padovani and Federica Poletti, reference artists on the contemporary art scene, are the protagonists of the exhibition ‘Daughters of Fire’, curated by Barbara Codogno, scheduled from 6 July to 18 September 2022 at the Complesso di San Paolo in Modena, recently restored and returned to the city for cultural events.

The exhibition takes place in the spaces of the Ex Chiesa and Sala delle Monache, where paintings and decorations from the 17th century have been brought back to light, and includes three large mixed technique works on paper by Alice Padovani, whose dark backgrounds are furrowed by swarming marks

The title of the exhibition – ‘Daughters of Fire’ – refers to the work that sealed the brief earthly existence of the Romantic writer Gérard de Nerval, the first to elect the dream as a bridge between reality and the supernatural (übernatürlich). 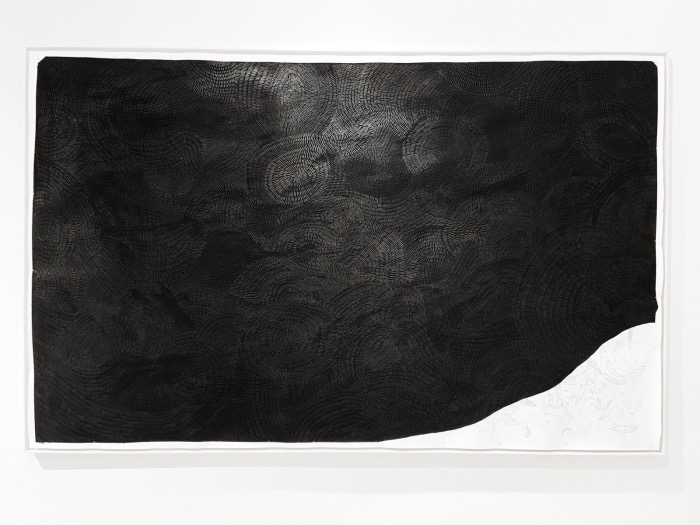 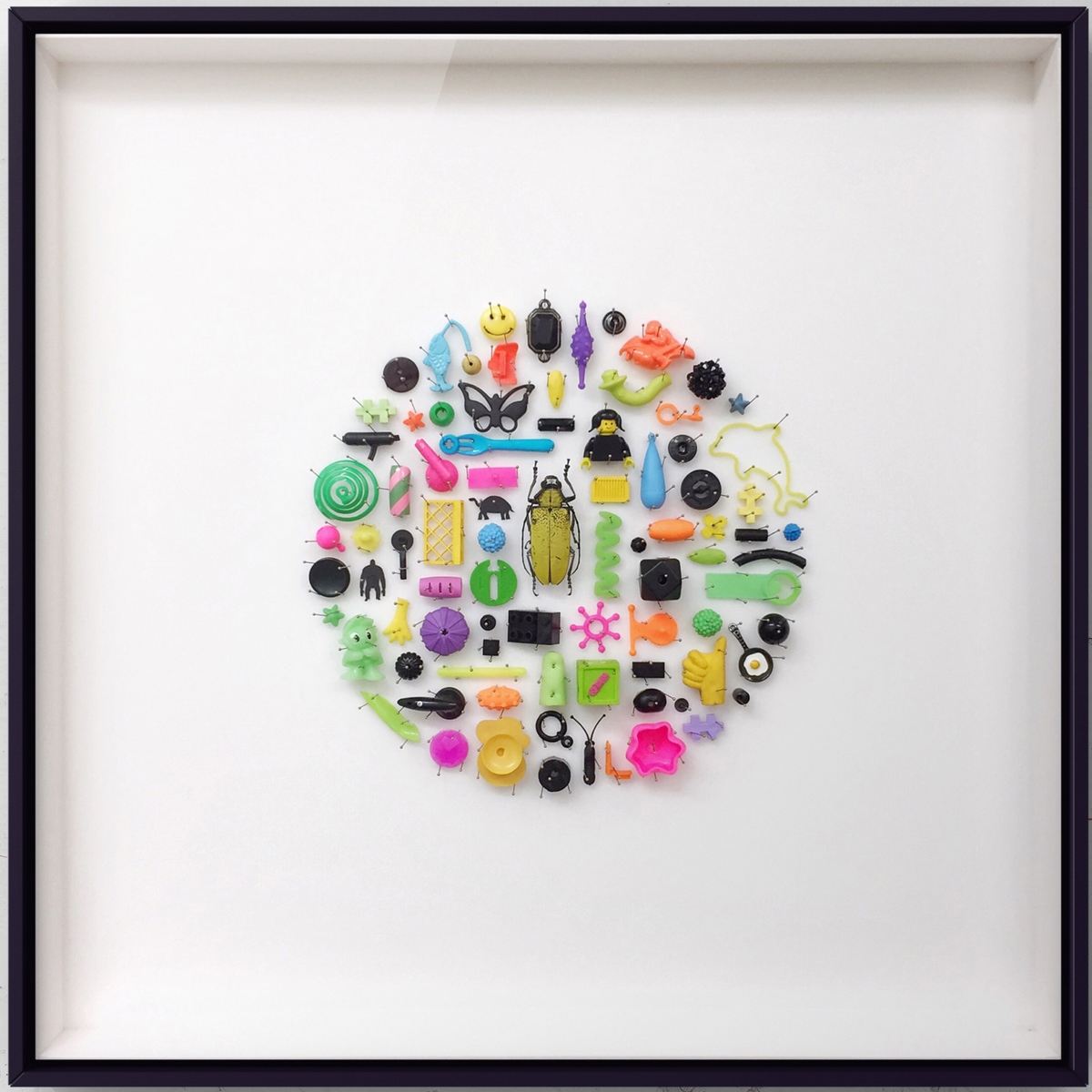 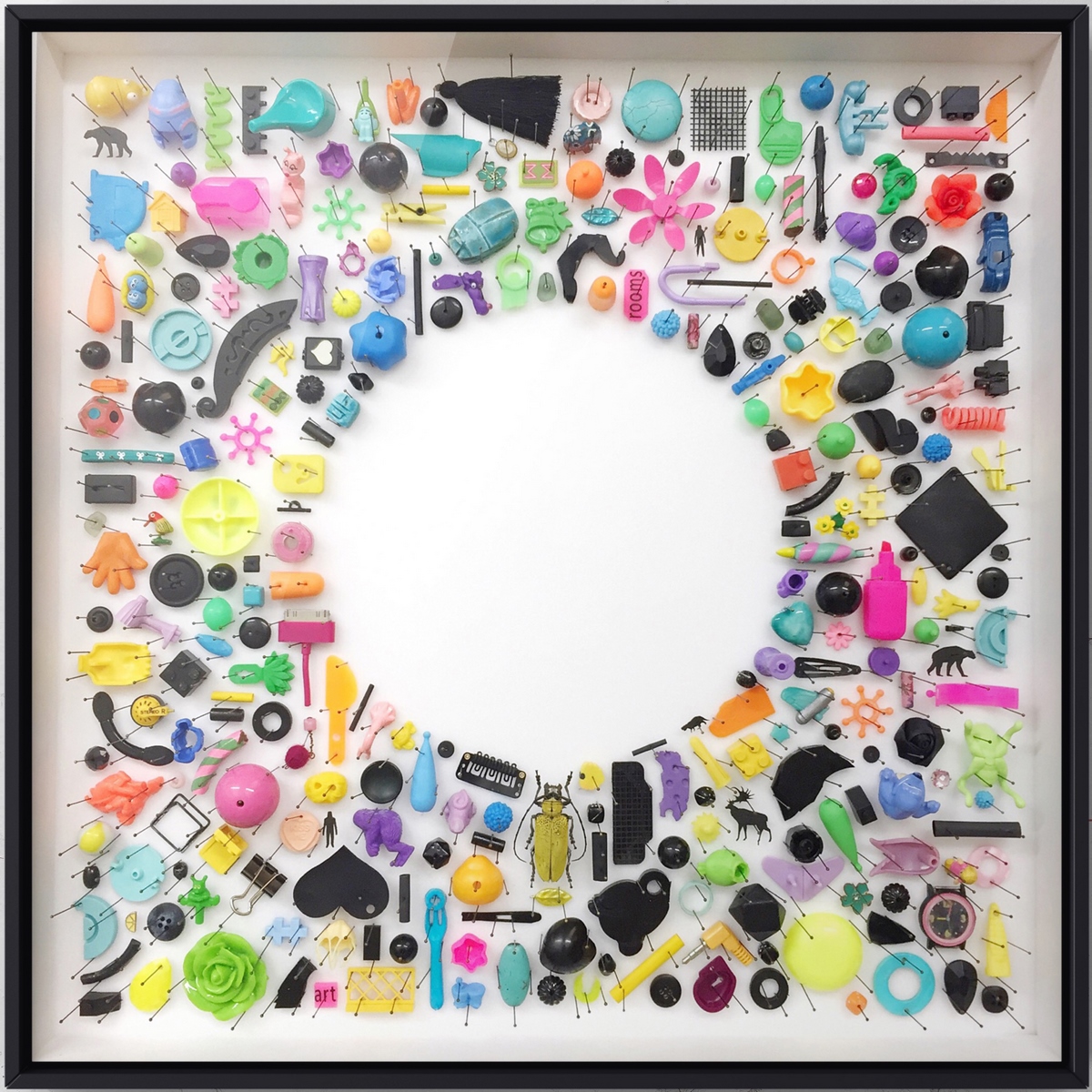 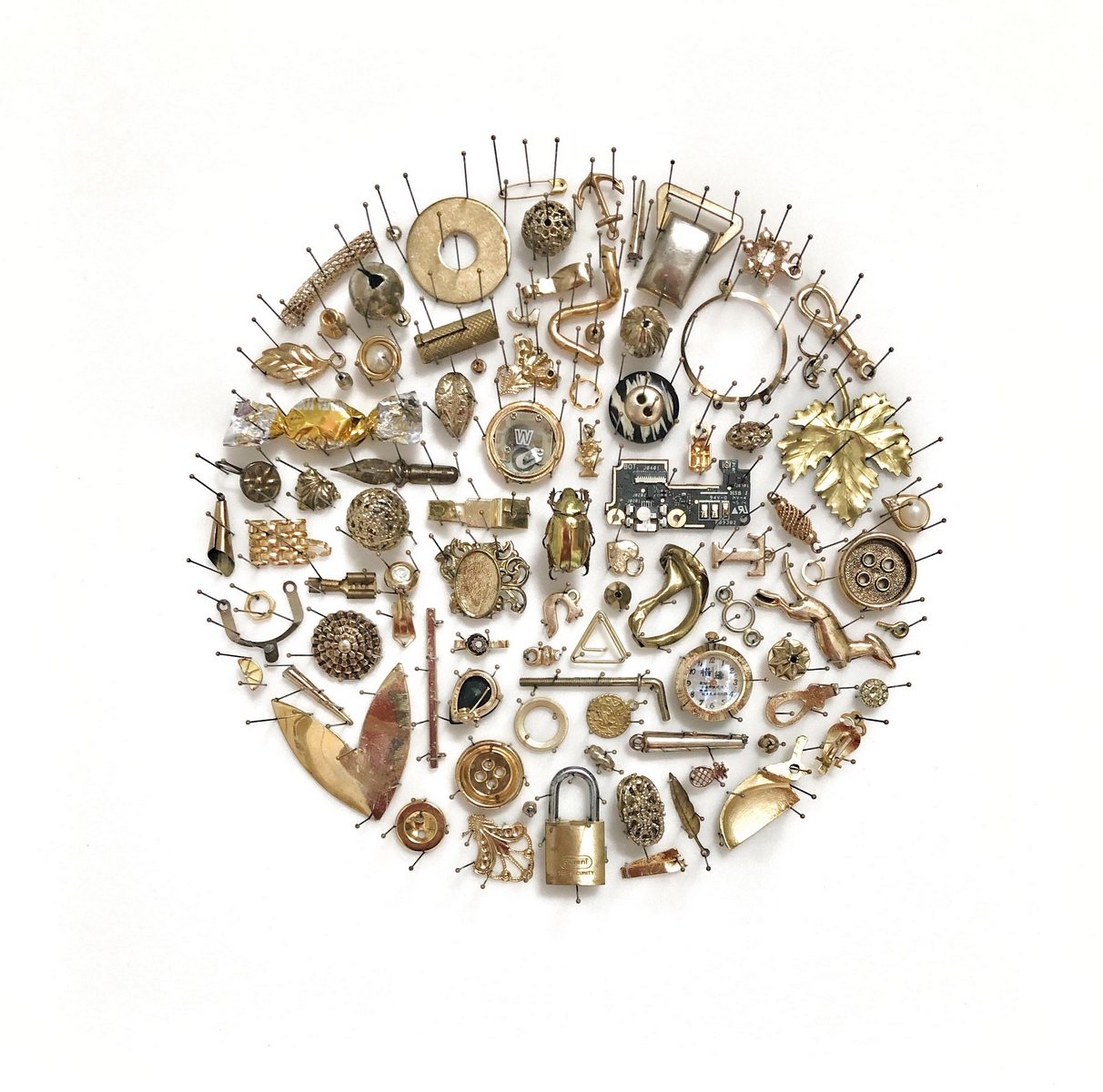