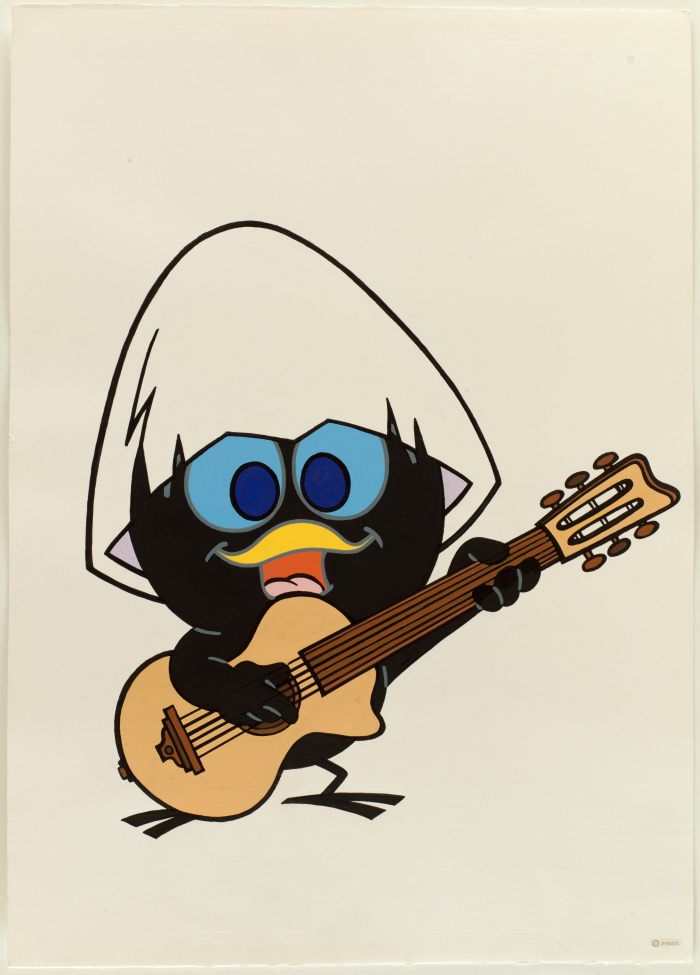 CALIMERO, COME ERAVAMO (CALIMERO, THE WAY WE WERE)

Calimero was created in Milan in 1963 by the Pagot brothers, Nino and Toni, together with Ignazio Colnaghi, and has become a successful character all over the world and loved by several generations.

In 1962 the company Mira Lanza commissioned the Pagot brothers to create a character for an advertisement for some laundry soaps which mothers and children could feel great tenderness for.
So, Calimero appeared for the first time in an Italian TV advertisement on July 14th 1963. 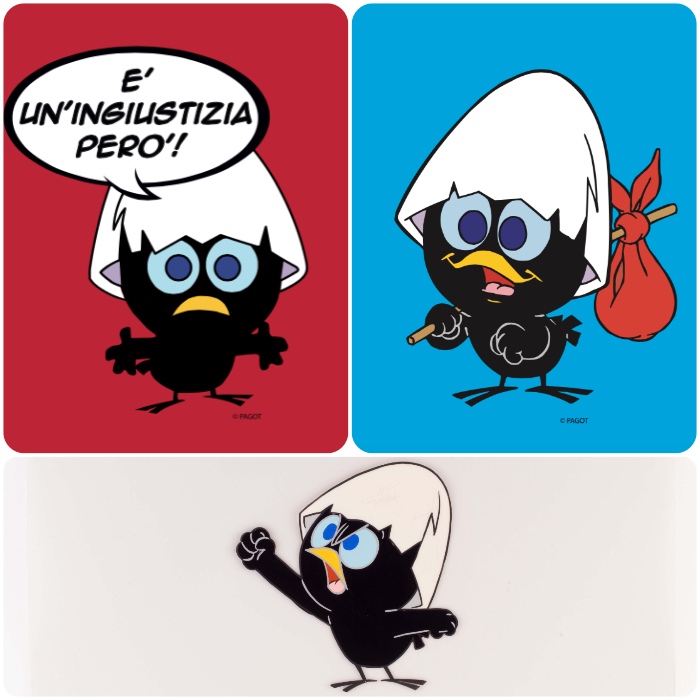 Since then Calimero’s success has grown all over the world, and from a character created for the advertisement has turned into a cartoon released all across Europe and the Far East.

Calimero has gone beyond its advertising success entering the life and the common language of the Italian people thanks to some famous phrases.
Comics, which have been considered to be a substitute for art for several years, have been re-evaluated in the same way as paintings, novels, sculptures or any other art form. Through an icon, a tale, and a catchphrase authors are able to interpret reality and the characters they create are nothing else but stereotypes representing specified values that everybody can understand.

The Pisacane Art Gallery in Milan dedicates to Calimero an exhibition displaying original storyboards and drawings that make themselves art and narrate a 50-year-old story.

2 thoughts on “Calimero, the way we were”