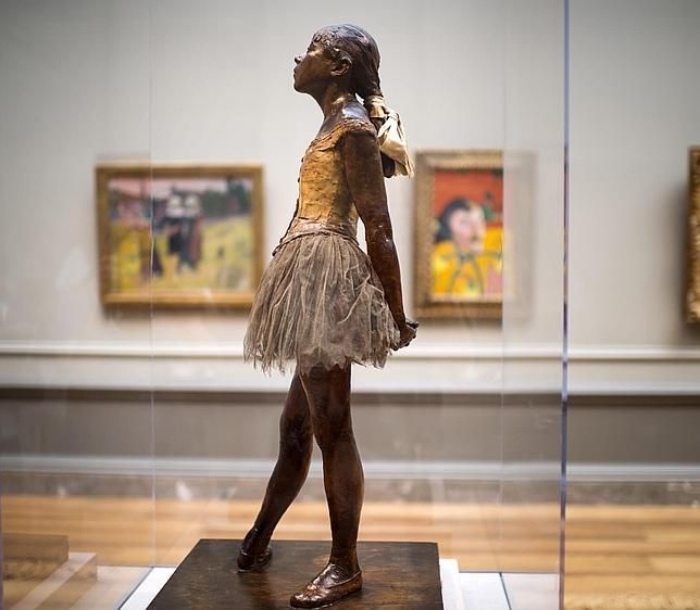 Degas’s dancer is beautiful and delicate but she has a sad story and every time I see her I can’t help thinking about what she had to go through.

The statue, exhibited at the Sixth Impressionist Exhibition of 1881, was found in Degas’s studio after his death in 1917.
It was said that the artist had rejected all the offers potential buyers had made him, because he considered her as a “daughter”.
Here is the story of Degas’s Little Dancer of Fourteen Years. 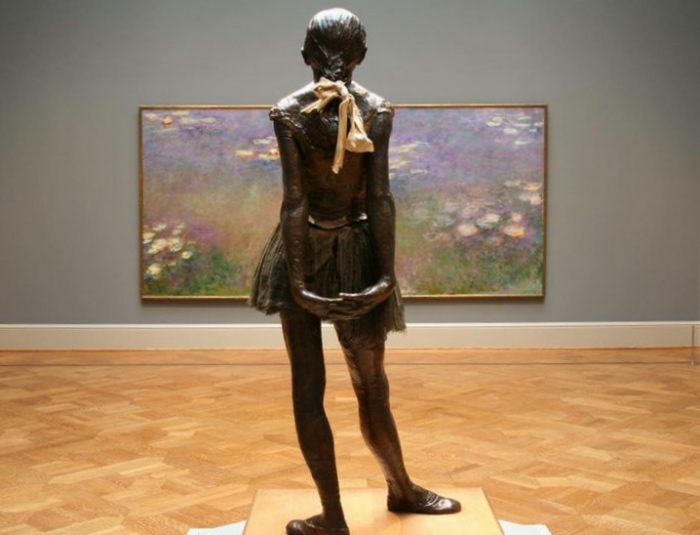 The name of Degas’s dancer was Marie Geneviève van Goethem and she was a dancer of the Paris Opera. Her parents had emigrated from Belgium to Paris: her mother was a laundress and her father was a tailor but he died prematurely leaving his wife and his daughter alone, and the woman obliged her underage daughters to prostitute.
In 1880, after frequently changing their place of residence, little Marie and her family moved to Montmartre, few blocks from Edgar Degas’s studio.
In the same year Marie passed the examination admitting her to the corps de ballet of the Paris Opera Ballet and made her debut on the stage.

READ ALSO – Degas’s dancers and his most famous painting: the ballet class

Her mother certainly imagined that thanks to her daughter’s success they would get out of poverty, and even more when Marie became Degas’s favourite model, who attended ballet performances at the Paris Opera.
Marie sat for him and the artist made several sketches by using her to represent the postures of dancers in his paintings.

Unfortunately, when the girl was 15 years old, she was dismissed from the Opera due to the news that she frequented nightclubs for men.
The reasons for dismissal of dancers were serious, such as bad performances, absences and delays.
The fact that she frequented nightclubs not suitable for her age and she might be a prostitute couldn’t be tolerated by the major French ballet institution.
From that moment on no traces of Marie’s subsequent life has been found and her name was erased from the Opera register.
One of her sisters had a career as a dancer, and worked as a teacher in the Paris Opera Ballet dance school for 53 years (she died in 1945 in Paris).

The little Degas’s dancer was part of a group of around 150 wax, plaster and terracotta statues, saved and restored by the sculptor and painter Paul-Albert Bartholomé, to show the sculptural production of the artist.
Discover the details on the Musée d’Orsay catalogue. 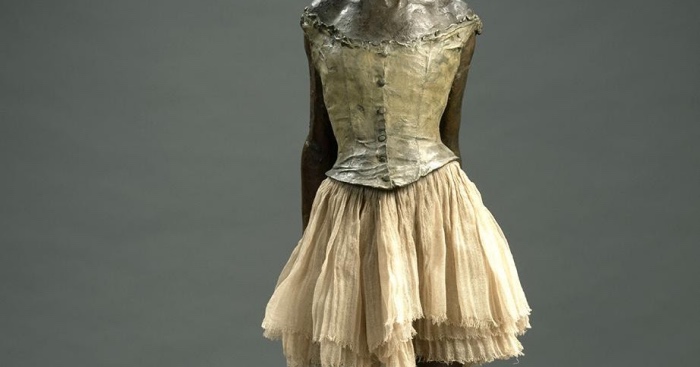