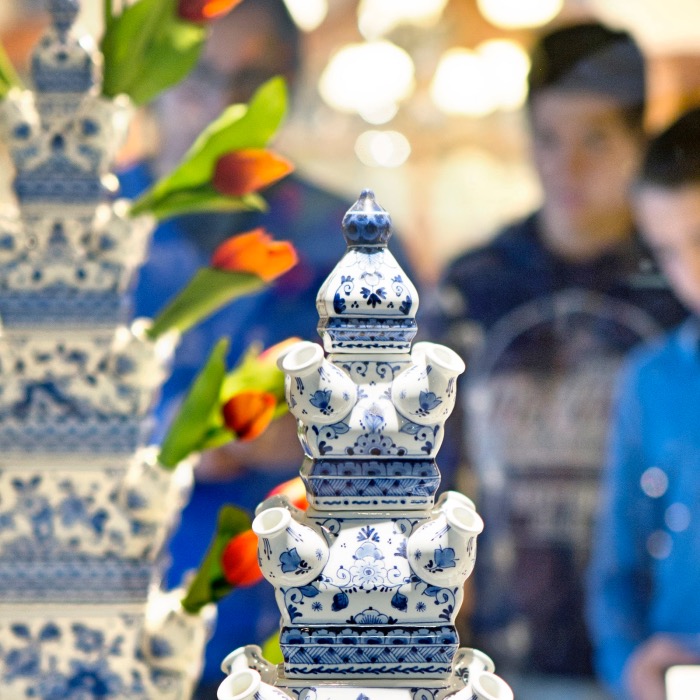 WHERE DELFTWARE IS PRODUCED AND WHY IT IS SO PRECIOUS

Have you ever seen Delftware with its typical blue decorations?
It looks like Oriental pottery, but instead it was invented in the Netherlands in the 17th century.

In this post I’ll tell you what Delftware is, why and how it was invented and especially why you should visit the Royal Delft, the only factory that has been producing it for more than three century. 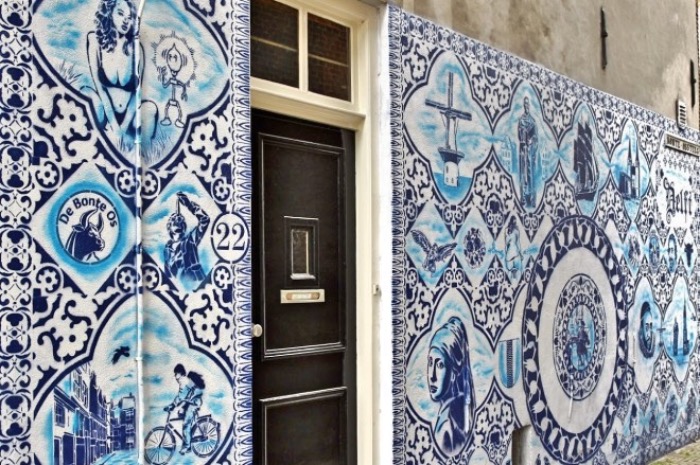 When I visited the Netherlands for the first time I discovered the Art of the Dutch Golden Age, exploring the streets and museums in Leiden and in Delft.
But I was impressed by an aspect of the art of that period which caused the establishment of many factories for the production of the famous Delftware, characterized by peculiar blue decorations.

WHEN AND HOW THE PRODUCTION OF DELFTWARE HAS BEGUN

When in the 17th century the Dutch West India Company brought to the Netherlands the refined Chinese porcelain objects, the nobles developed an obsession with porcelain.
However, the price of the porcelain was very high, so the Dutch decided to produce it in their homeland, instead of importing from China. But how could they do, since the Netherlands missed some fundamental raw materials needed to make porcelain, such as kaolin?

In the relentless search for alternative raw materials, the potters of Delft made porcelain by using clay, of which the Dutch canals were very rich, which later was glazed.
The result was the creation of objects similar to porcelain, and painted according to the Oriental style. So, the Delftware may be considered one of the most successful forgery in history, except that the Dutch didn’t pass off the ceramics as Chinese pottery items, rather a refined and a 100% Dutch porcelain, but with Chinese-style decorations.

WHY DELFTWARE IS BLUE

Delftware is actually painted black, and not blue.
The colour changes and becomes blue during the baking, making the handcrafted work at the base of each object even more precious.

THE SUCCESS OF DELFTWARE AND ITS PRODUCTION

In the 17th century were established pottery factories all over the Netherlands, but the city of Delft was the major centre of production, where in 1652 there were 32 factories.
The success of Delftware spread all over Europe and England in particular, also thanks to Mary II of England, who ordered several objects to decorate her residences.

The demand for Delftware began declining towards the early 19th century, because it couldn’t compete with English pottery, which at that time was trendy and cheaper.

WHY YOU SHOULD VISIT THE ROYAL DELFT TO DISCOVER REAL DELFTWARE

Founded in 1653, the Royal Delft is the only factory still active which has been producing the original hand-painted Delftware according to ancient procedures.

The Royal Delft is located few kilometers from the historic centre of Delft, and you should visit it because, in addition to discovering the secrets of its production, you can visit the museum exhibiting the masterpieces created over the centuries.
Moreover, in the garden you can admire  a real open-air array of the production of this factory, where you can feel the pride for this art that spreads all over Delft and the Netherlands, as well.

To visit the Royal Delft  all you have to do is to go to the page Royal Delft Experience + Audio Guide and begin discovering this place and its precious ceramic. 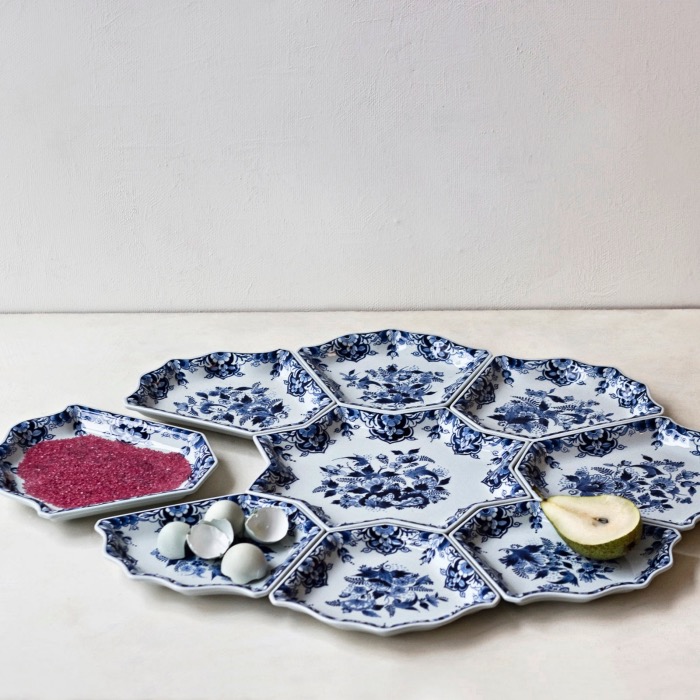