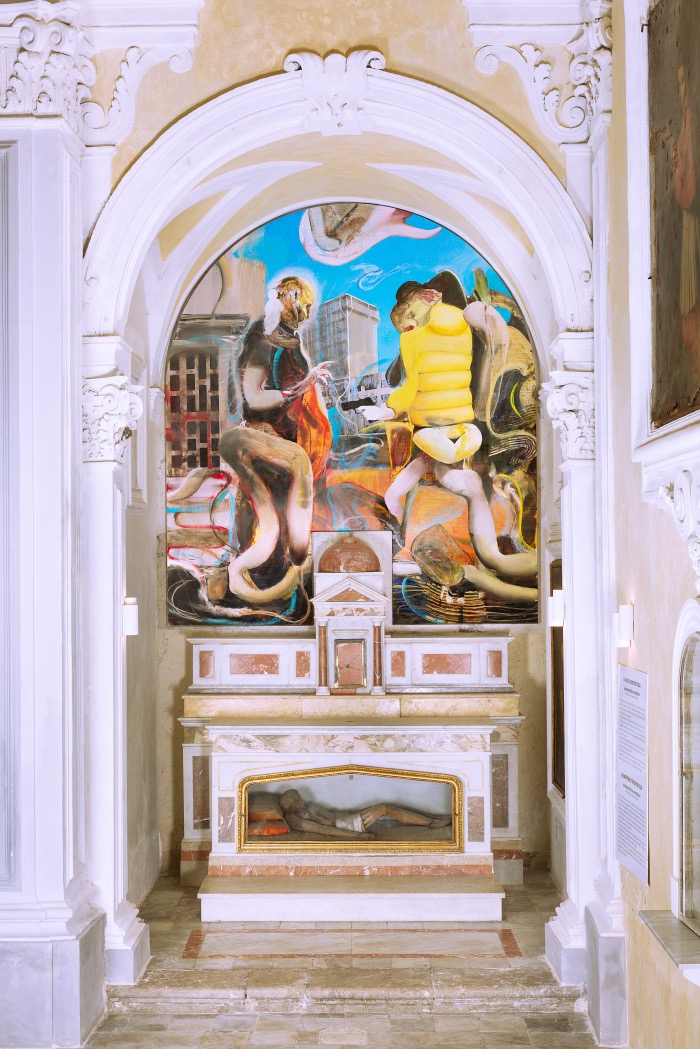 THE CHIESA DELLA MAZZA IS REBORN IN PALERMO

The Della Mazza Church in Palermo is reborn with its recovered 17th-century picture gallery and two exceptional altarpieces by Adrian Ghenie. 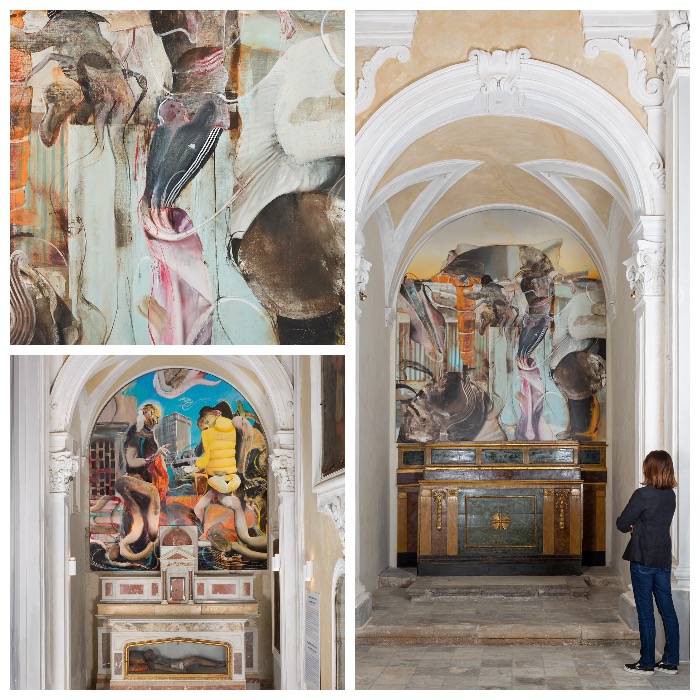 The Church of the Mazza is definitively returned to the city of Palermo after forty years of neglect, with its 17th-century picture gallery recovered, works by Battistello, Zoppo di Gangi and the school of Caravaggio.

A new place to add to the must-see sights in Palermo, which adds two exceptional contemporary altarpieces, housed in the side chapels to the main altar, interpreting the concept of martyrdom. Both were created by Adrian Ghenie.

One altarpiece is dedicated to the martyrdom of Father Pino Puglisi, whom the assassin failed to look in the face as he shot him in the back; the other altarpiece depicts the Christian prisoners of the Islamic State.

Romanian-born Adrian Ghenie is one of the world’s most expensive artists.
His ‘Pie Fight Interior 12’ from 2014 fetched EUR 9 million at Christie’s Hong Kong, setting the latest record for the cost of a contemporary artwork.
Ghenie reinterprets sacred iconography in his own way, but makes it dramatically topical and initiates his own dialogue with the past.

The two large altarpieces for the Church of La Mazza, created during the pandemic in the artist’s Berlin studio, are an integral part of an important project of high social value that has led to the creation of the Ghenie Chapels Foundation. Patronage for Art, chaired by Alessandra Borghese, the soul of the project.

At last, the Chiesa della Mazza is reborn in Palermo and can now interact with citizens, the public, artists and institutionsi.