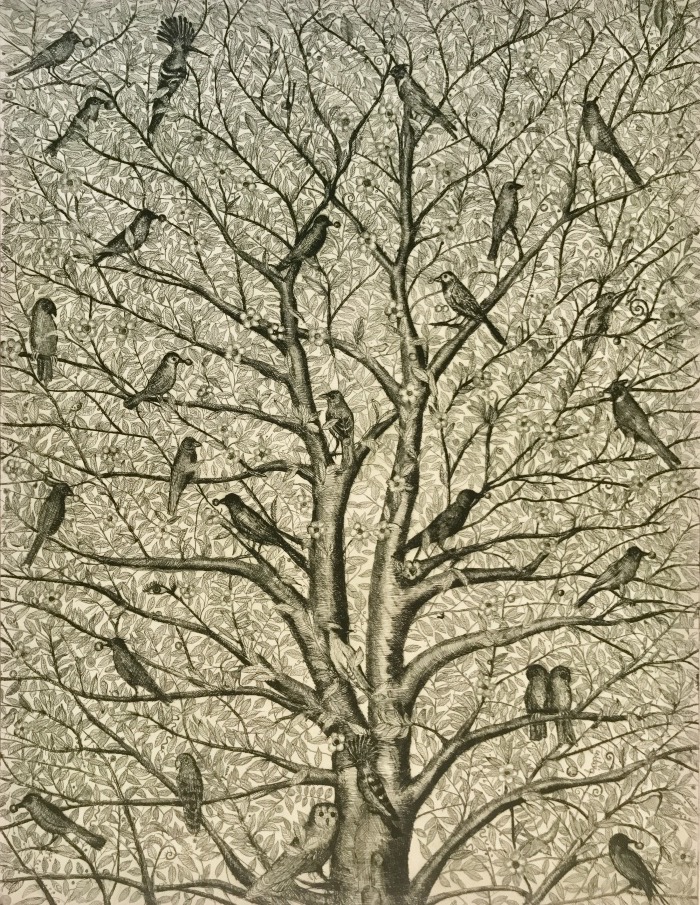 Lorenzo Vale makes etchings, preferring the technique of etching, to create works with suggestive chiaroscuro effects.
Thanks to the lack of colour, the artist focuses on the expressive possibilities of the sign and can thus describe dark and mysterious atmospheres. 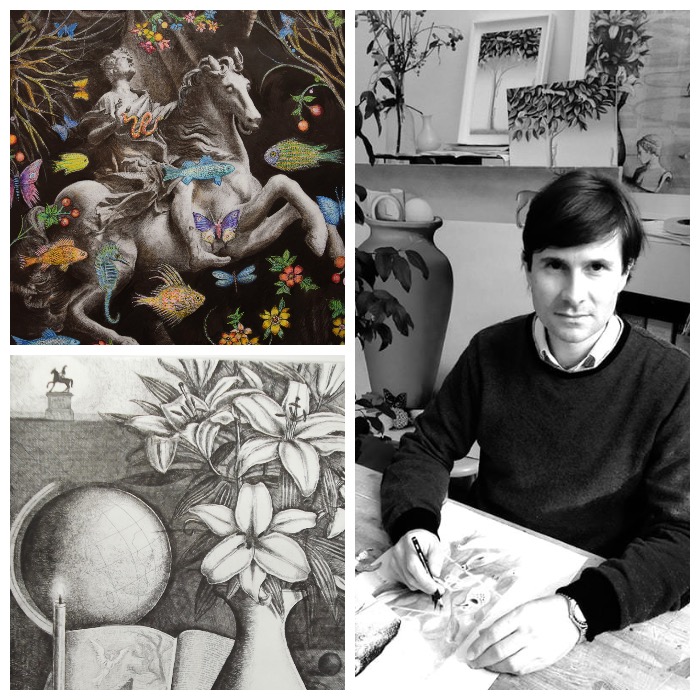 Lorenzo Vale’s mysterious atmospheres seem to describe ‘invisible’ visions and realities.
The orderly and composed procession of mysterious horsemen towards Paradise, the disturbing eye towards which figures, objects and animals converge, but also the teeming crowd composed of a multitude of figures caught in various attitudes, disturb and question us.

Referring to a visual fantasy world of his own, in which we find references to nature, animals, the history of art and his own life, Lorenzo Vale thus elaborates compositions that do not depict real but imaginary situations, with the precise intention of surprising and intriguing the viewer.

ABOUT THE ARTIST LORENZO VALE

Lorenzo Vale (Gemona del Friuli, 1973) graduated in painting from the Accademia di Belle Arti in Venice with Angela Vettese. Interested in the theories of art, perception and colour, he qualified as a teacher between Padua and Venice, where he studied with Giovanna Rizzetto.

In 2004, the Galleria d’Arte Moderna in Udine awarded a portrait of him, while three years later the Fondazione Bevilacqua la Masa in Venice selected and bought one of his Polyptychs, which was the start of a series of exhibitions in various Italian cities.
After selections at the Mulitsch Prize in Gorizia, the Mestre Painting Prize (2019) and the competition Venti Artisti Per Goya, as part of the Marchionni Prize, in 2020 Velasco Vitali chose some etchings by Lorenzo Vale for the Collective Exhibition La teoria delle impronte, in Bellano (Lecco), at the Archivio Vitali.
The artist also won this year’s Tiepolo d’oro competition organised by the Accademia di Belle Arti Tiepolo in Udine and is a finalist in the Premio Arte Mondadori. 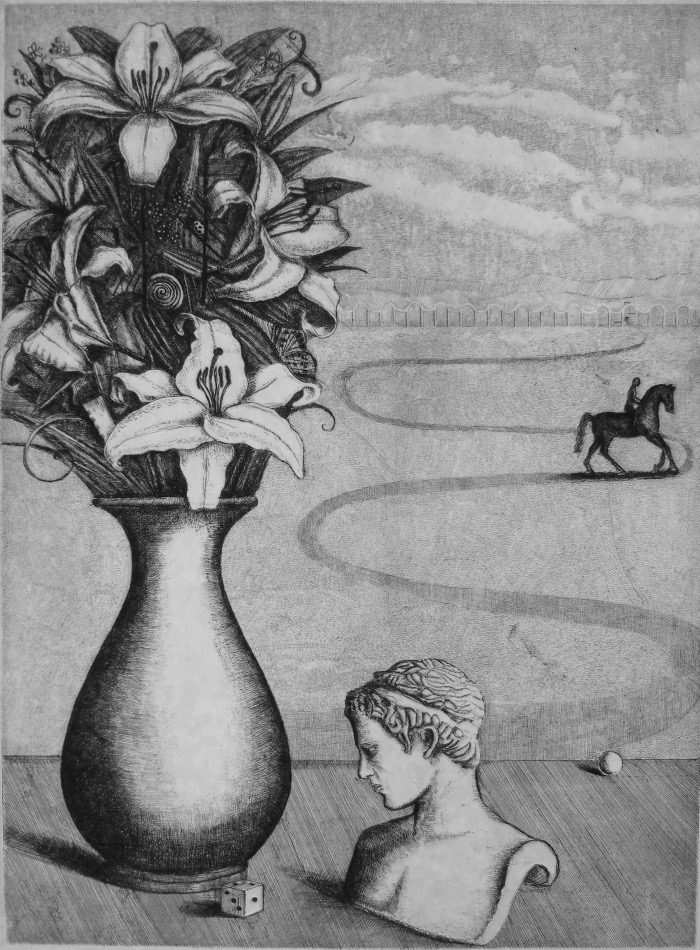 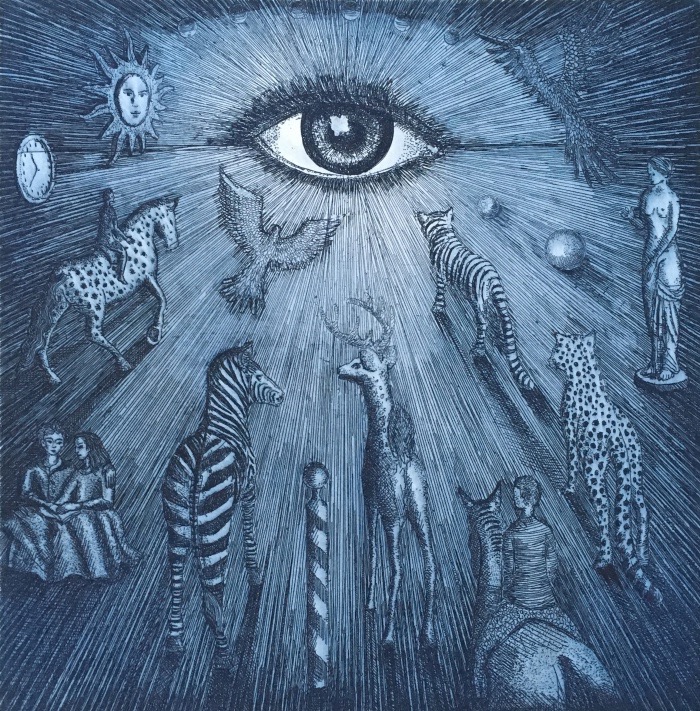 The exhibition “In your eyes. Prints 2010 – 2021” is curated by Giovanni Bianchi, professor at the University of Padua and collaborator of the Guggenheim Collection in Venice, and by Gino Colla, founder of On Art.