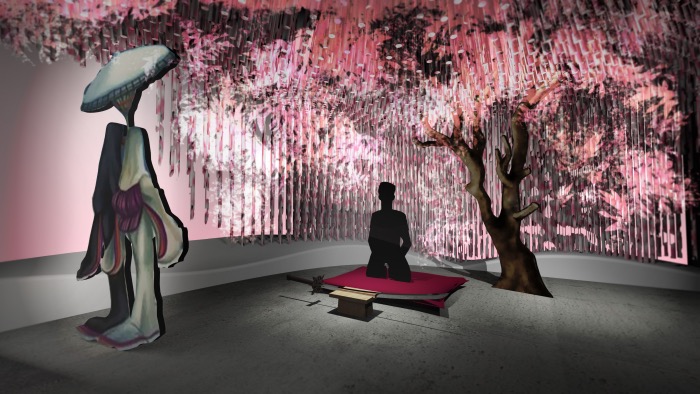 AN EXHIBITION WITH GHOSTS AND SPIRITS OF JAPAN

An immersive exhibition to discover the works of Benjamin Lacombe, inspired by the illustrations in the famous books Stories of Ghosts of Japan and Spirits and Creatures of Japan, published in Italy by L’ippocampo Edizioni.

Ghosts and Spirits of Japan 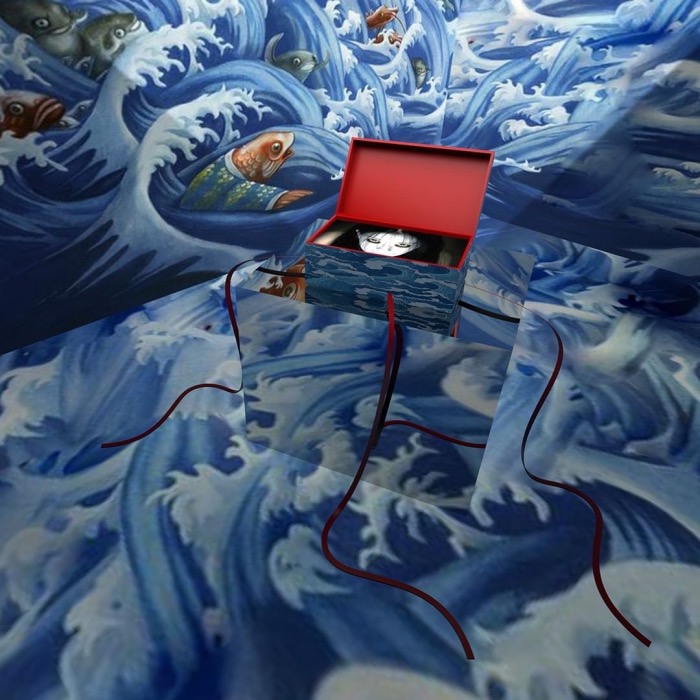 The exhibition entitled Ghosts and Spirits of Japan – Don’t Cross the Red Bridge is uniquely inspired by traditional Japanese legends transcribed by Lafcadio Hearn and illustrated by Benjamin Lacombe.
Those who visit the exhibition and cross the ‘red bridge’ can immerse themselves in a multi-sensory journey where they can see the spirits and creatures of Japan come to life.

Visitors are invited to go beyond the red bridge that connects the mortal and otherworldly worlds to begin a journey.
artist Benjamin Lacombe’s unmistakable images bring to life the famous yokai, supernatural creatures that can take on the most diverse guises and characters, from the kappa to the faceless woman, via kitsune and kodama.
To Westerners, they are monsters or ghosts, but in reality they escape any definition.

The exhibition is inspired by two books: Ghost Stories of Japan and Spirits and Creatures of Japan.

THE BOOK GHOST STORIES OF JAPAN

In this book, Benjamin Lacombe celebrates the work of Lafcadio Hearn who, in the early 20th century, was one of the first Westerners to obtain Japanese citizenship.
His love for the culture of his new homeland led him to travel through the country’s various provinces in order to transcribe the ghost stories and legends handed down from generation to generation.
In “Storie di fantasmi del Giappone“, Benjamin Lacombe chooses the right style for each tale, reinterpreting the wide range of traditional bestiary with his inimitable artistry.

THE BOOK ‘SPIRITS AND CREATURES OF JAPAN’

After ‘Ghost Stories of Japan’, Benjamin Lacombe once again tackles the famous tales of Japanese tradition transcribed by Lafcadio Hearn with “Spiriti e creature del Giappone“.
The protagonist of the collection is the natural world with a whole series of cunning, fascinating and monstrous characters that keep the reader in suspense until the end. 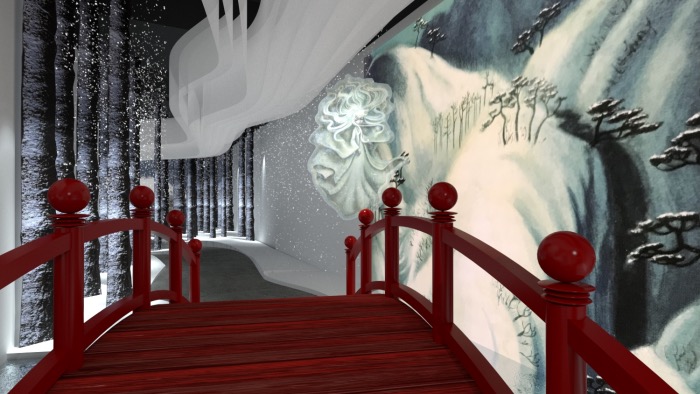