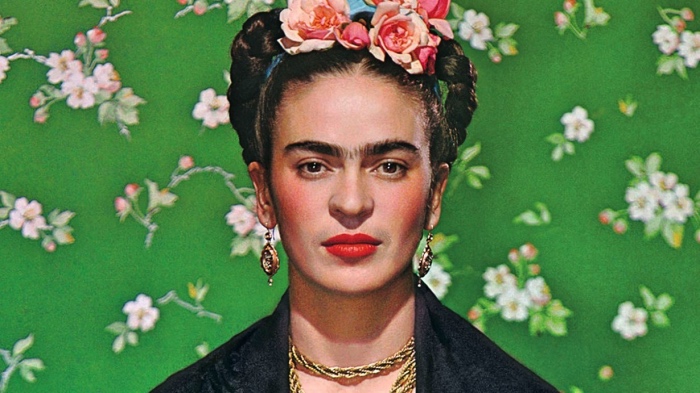 Frida Kahlo life and famous quotes of a unique artist.
Everybody knows Frida and her works. But who really was she?
Her life was short, intense and painful, and in this post I’ll talk about her in 5 points and 5 famous quotes. 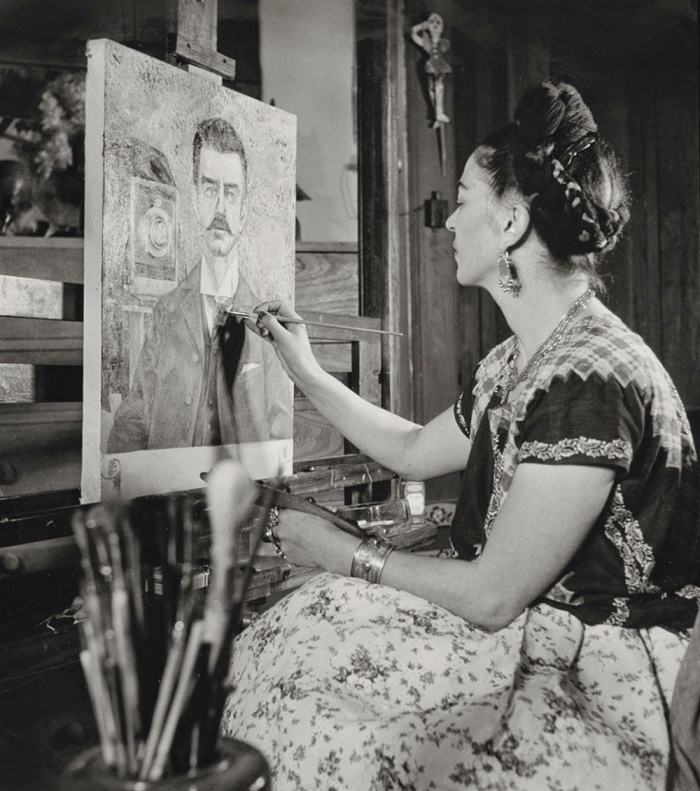 1. WHEN FRIDA KAHLO WAS BORN

Frida Kahlo was born on July 6th 1907 in Coyoacán, Mexico City, but she loved to tell that she was born three years later, in 1910, in the year of the Mexican revolution.
Her life was characterized by physical pain since the beginning.
At the age of 18 the bus where she was riding collided with a tram. Frida didn’t die, but she suffered from the consequences of that serious accident for the rest of her life.

After the accident, Frida had to lie immobile on the bed for a long time, and that’s why she started painting.
Her parents provided her with colours, paint brushes, canvases and a special easel to allow her to paint lying on the bed.
Frida Kahlo painted 143 paintings in total, including 55 self-portraits, where she portrays her physical and psychological pain.

“I paint self-portraits because I am the person I know best”. 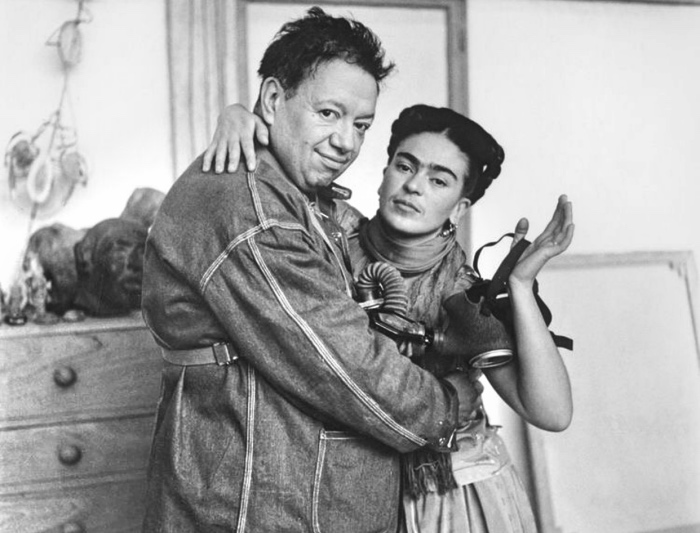 When Frida Kahlo met famous Mexican artist Diego Rivera her life changed.
Diego was impressed by Frida’s works and there were sparks between them. In spite of a lot of ups and downs, quarrels and passionate encounters, splits and marriages, Frida will never leave Diego.

“There have been two great accidents in my life. One was the trolley, and the other was Diego. Diego was by far the worst”.

They married in 1929 and, during the first years of marriage, Frida followed Diego anywhere and they lived in the USA for some years.
When Rivera was commissioned to paint a mural at the Rockefeller Center in New York he painted a portrait of communist leader Vladimir Lenin.
The work was stopped and the couple returned to Mexico.

Pain never abandoned Frida, and became even stronger when she wasn’t able to bring some pregnancies to term and it was clear to her that she could never have children.
However, her greatest sorrow was to discover that Diego Rivera was unfaithful to her, for the umpteenth time, and cheated on her with her sister. That caused the split between Frida and Diego!

“I tried to drown my sorrows, but the bastards learned how to swim”.

Frida and Diego divorced in 1939, but they didn’t stay apart for a long time.
In 1940 they got married again and, even though they were separated but living together, never left.
They lived in the Casa Azul (Blue House) in Coyoacán, a quarter of Mexico City, where Frida was born and grew up and where, in the end, died in 1954, at the age of only 47. Eight days before her death she wrote her signature on the painting: “Viva la Vida (Live the Life) – Coyoacán 1954 Mexico”.
A sentence that is almost an incitement, a sort of declaration, a hymn to life that Frida lived to the fullest.
The painting portrays a still life with watermelons, with a vibrant red pulp.
It is considered Frida’s spiritual testament!

“I hope the exit is joyful and I hope never to return”. 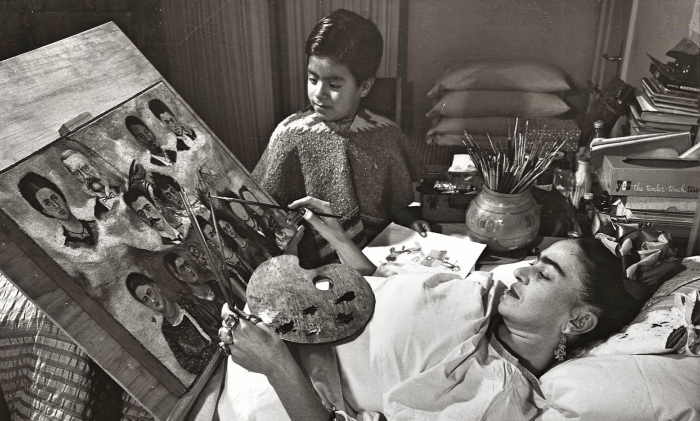 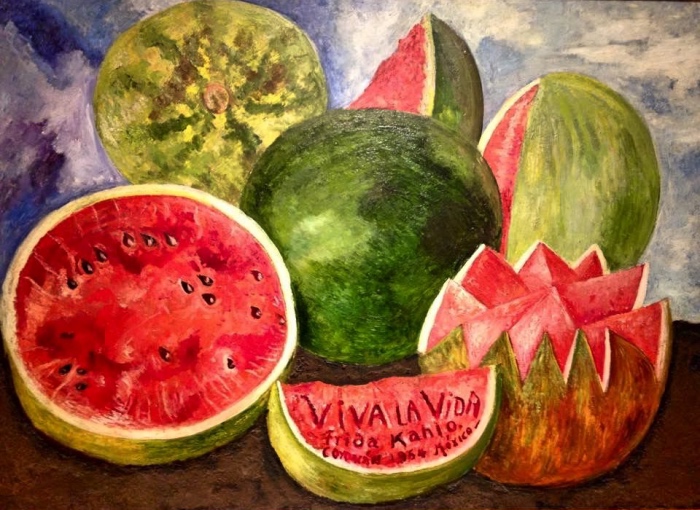