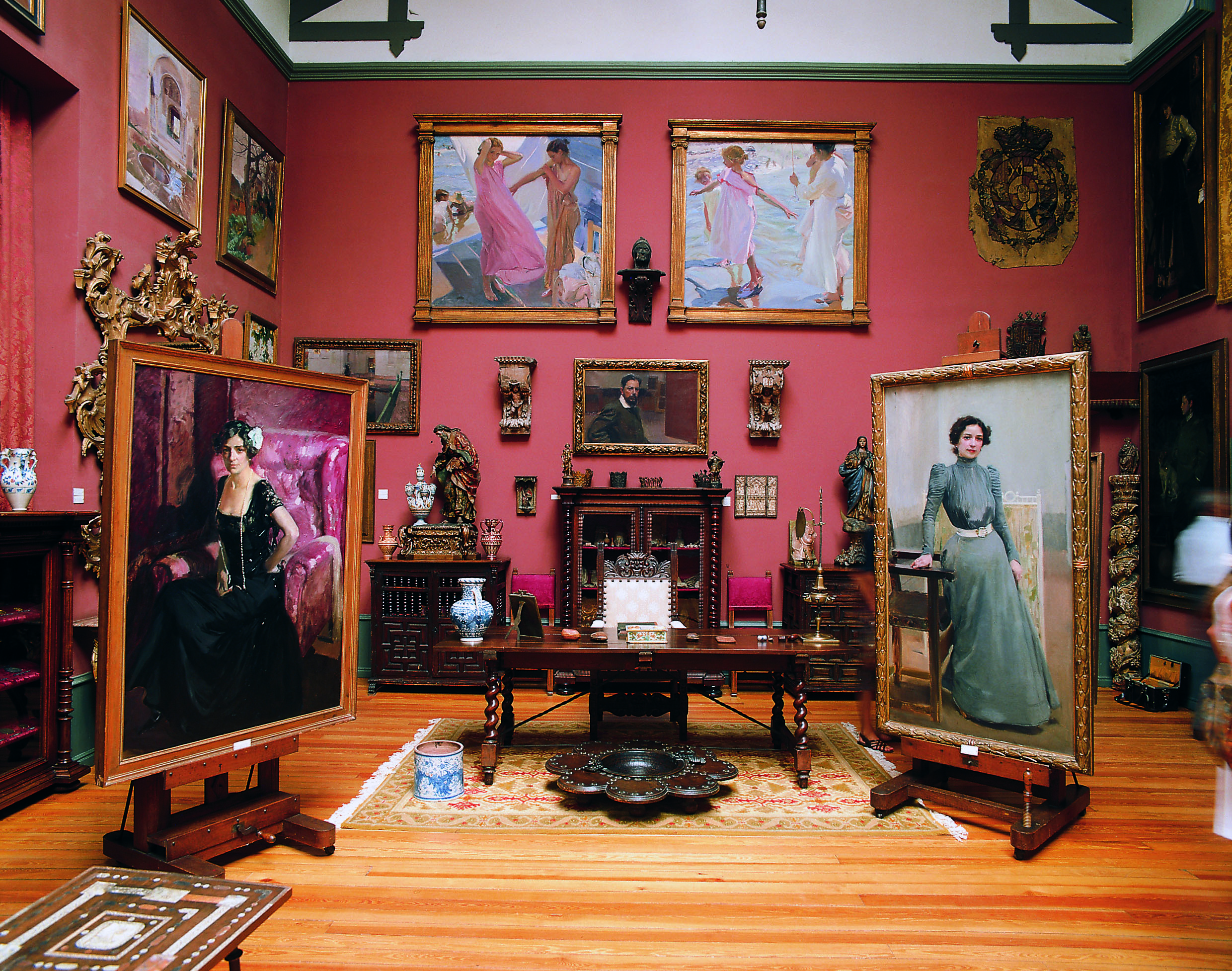 FROM VALENCIA TO MADRID: SOROLLA’S SPAIN

Sorolla’s Spain to visit in his centenary year.
The events and exhibitions to celebrate the Spanish artist are an opportunity to discover Spain from a different point of view.

To pay homage to the Spanish interpreter of en plein air painting, one can start by visiting Valencia, his birthplace, and continue to Madrid, the city where he lived.

2023 will mark the centenary of the death of Joaquín Sorolla y Bastida, the painter who moulded the light of the Mediterranean, painting gardens, rural landscapes and sun-drenched beaches.
Visiting Spain in his footsteps means immersing oneself in the same light and landscapes that Sorolla made famous in his paintings.

THE VALENCIA OF SOROLLA

Sorolla private in Valencia – Valencia invites us to discover the most emblematic places of the painter, his private and artistic life.
From calle de las Mantas 8, where he was born on 27th February 1863, to the School of Fine Arts where he trained; then his first home in calle Barcelona 6, the church of San Martín where he got married, up to the tomb where he rests next to other illustrious figures.

Valencia in Sorolla’s works – there are many places in Valencia that Sorolla immortalised in his paintings and that inspired him. Like Plaza del Mercado, for example, or the chapel of the old college of San Pablo.
Equally recognisable are the urban beaches: Arenas, Cabanyal, Malvarrosa and, further south, Javea, which provide the backdrop for famous paintings such as ‘Walk by the Sea’, ‘Return from Fishing’ or ‘Afternoon Sun’.

Museums in Valencia with Sorolla’s works – There are many museums that house the artist’s works: the José Benlliure house-museum, the Valencian Museum of Fine Arts, the Valencian Institute of Modern Art (IVAM), the Bancaja Foundation and the Museum of Fine Arts in Castellón, north of Valencia.
Turiart, a cultural tourism company, organises guided tours in the footsteps of Sorolla on the first Sunday of the month, with a stop at the ‘Vertical’ restaurant where you can sample a menu inspired by his works. 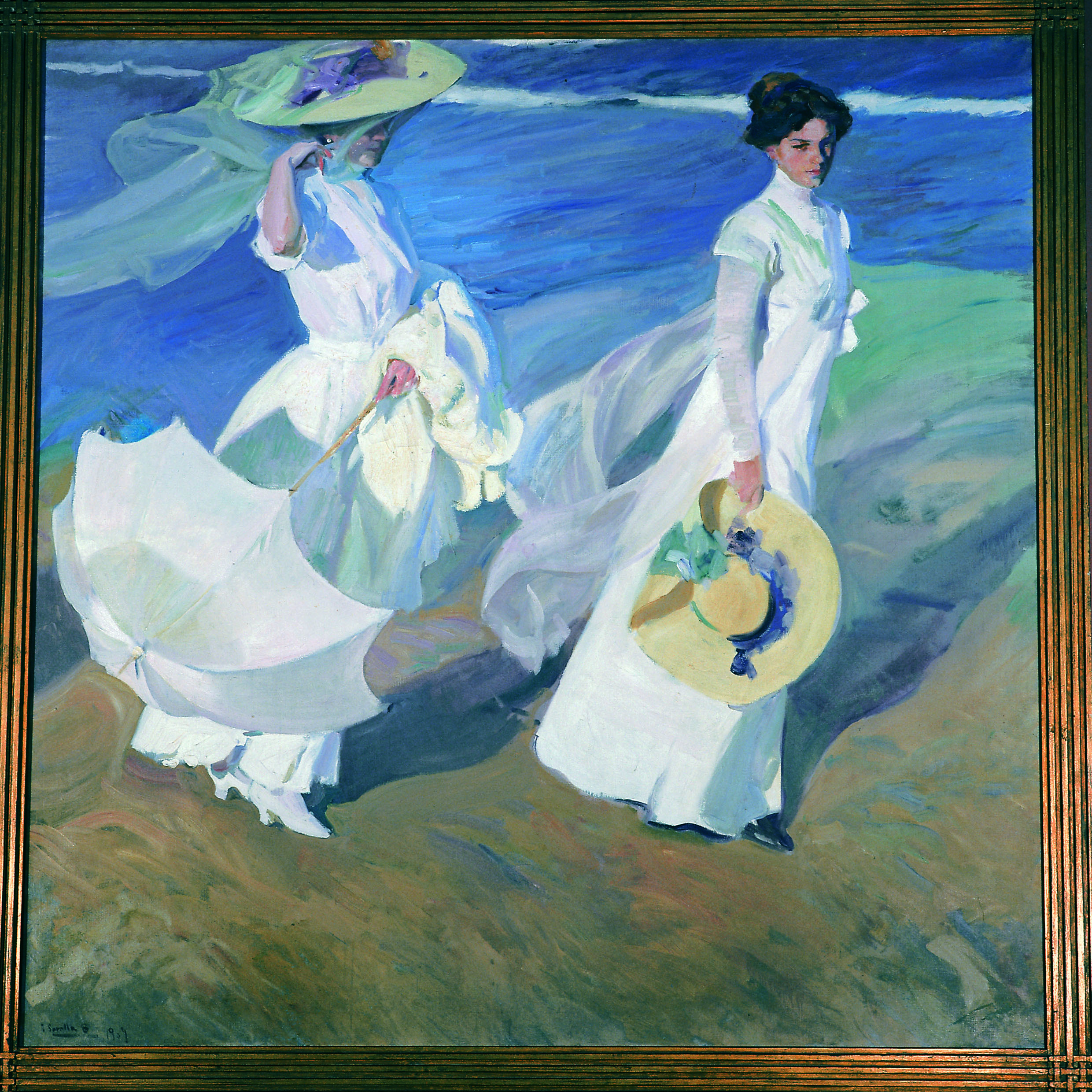 THE MADRID OF SOROLLA

Madrid’s museums with Sorolla’s works – In Madrid, the former family home has been turned into a museum and the Royal Academy of Fine Arts of San Fernando, the Prado Museum, which houses the paintings of some of his masters such as Diego Velázquez, and the town of Cercedilla, where the painter died in 1923, are also worth a visit.
Numerous works by Sorolla are also housed in other Spanish cities: in the Malaga Museum, the Fine Arts Museum in Cordoba and A Coruña and the Vitoria-Gasteiz Museum with works dedicated to the Cantabrian Sea.

And, again, in the El Greco Museum in Toledo, the Fine Arts Museum in Murcia and that of Tenerife. The light of Sorolla’s paintings also takes us to Seville and Granada, cities he immortalised with landscapes and portraits of the Sierra Nevada and the Alhambra.

Exhibitions in Madrid in the centenary year – Madrid’s Royal Palace hosts from February to June the immersive exhibition ‘Sorolla a través de la luz’, dedicated to the painter’s centenary, with digital creations and sensory experiences through light, colour and movement, and canvases from private collections, rarely exhibited.