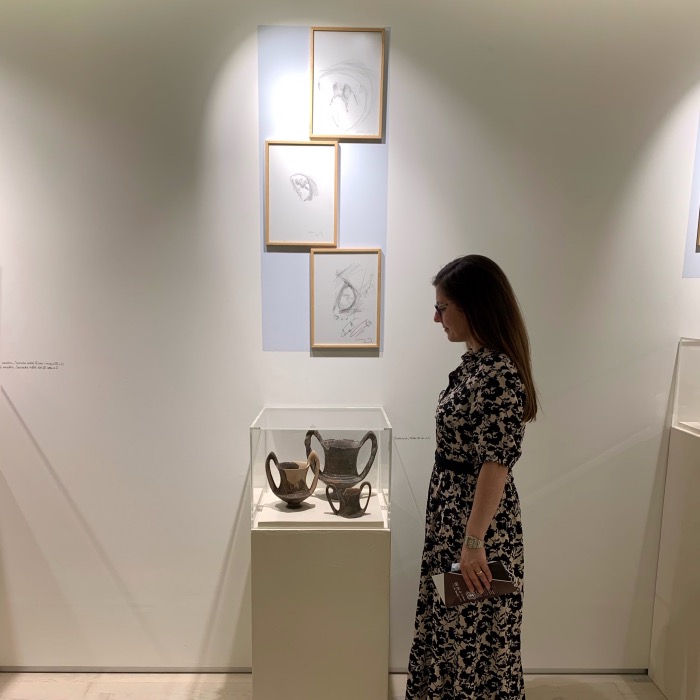 Gastone Novelli was born in Vienna in 1925 and died in Milan in 1968.
His life was short but his artistic career was singular and rebellious. His disappointment with the artistic and intellectual circles of his time is well known.

Gastone Novelli refuses a linear view of history and any rigid categorisation, but organises the stimuli from reality – landscape, mythology, fragments of his biography and literature – according to a personal coherence. 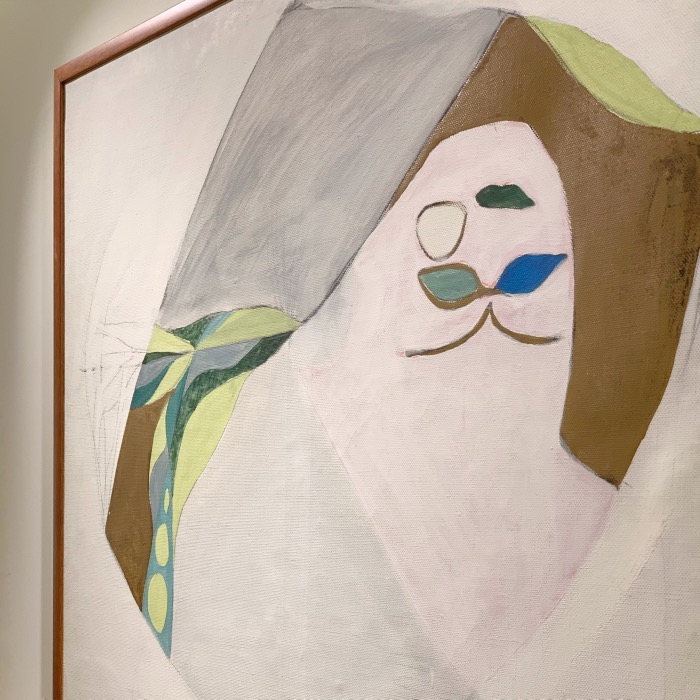 Gastone Novelli participated in the Resistance and settled in Brazil for five years after the war.
In 1955, he moved to Rome and began a series of successful exhibitions in Italy and abroad, also winning the Gollin Prize at the Venice Biennale in 1964.
He moved to Venice mel 1967, participating in the May ’68 movement and closing his own room at the XXXIV Biennale in protest.
He died the following year in Milan, aged just 43.

THE SUCCESS OF GASTONE NOVELLI

Today, Gastone Novelli’s works are held at the MoMA in New York, the National Gallery in Washington, the MASP in São Paulo, the British Museum in London, the Galleria Nazionale d’Arte Moderna in Rome, the GAM in Turin, the Museo del Novecento in Milan, and the Peggy Guggenheim Collection in Venice.

The exhibition ‘Gastone Novelli: Saturnia, the Origins, the Magic of the Sign’, set up at the Polo Culturale Pietro Aldi, recounts the artist’s artistic experience and relationship with the village of Saturnia, which was for him a privileged place for studying, working and contemplating the landscape.

The relationship between Gastone Novelli and Saturnia spans from 1961 to 1968, the year of his untimely death.
The exhibition, thanks to a selection of works created by the artist during the 1960s and some archaeological finds discovered around Saturnia, reveals the importance of the village for the development of a unique artistic language.

Saturnia and the surrounding area are an inexhaustible source of inspiration, with a high symbolic value, allowing Gastone Novelli to describe multiple possible universes. 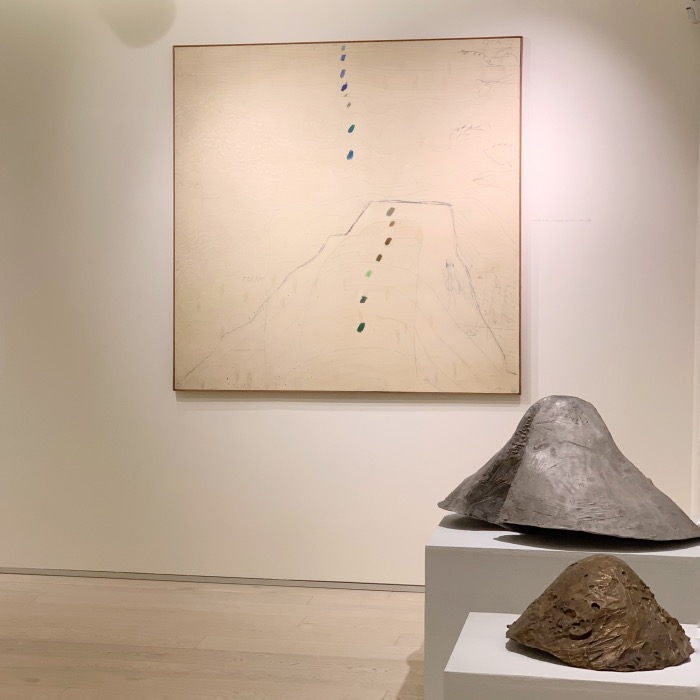 THE MOUNTAIN IN THE WORKS OF GASTONE NOVELLI

The Mountain is an element that often appears in Gastone Novelli’s work.
During his travels in Greece, he explored islands and coastlines, cities and temples, drawn by the ancient echoes of these places and the historical testimonies that after millennia continue to inspire artists and intellectuals.
Gastone Novelli felt the need to search for possible signs that would go on to compose his artistic language and wrote, in fact:

It is almost morning and the land is close […]. The mountain is everywhere, it runs and climbs in all directions, the ancients climbed it in a straight line and at the steepest points they carved steps in the stone. The sea passes through it (Viaggio in Grecia, ed. Arco d’Alibert, 1966).

Monte Amiata and Monte Labbro, in the surroundings of Saturnia, were also a source of inspiration for Gastone Novelli, who describes the mountains with placid and sinuous features, similar to a mother’s womb or places where signs and signals are found to interpret the world. 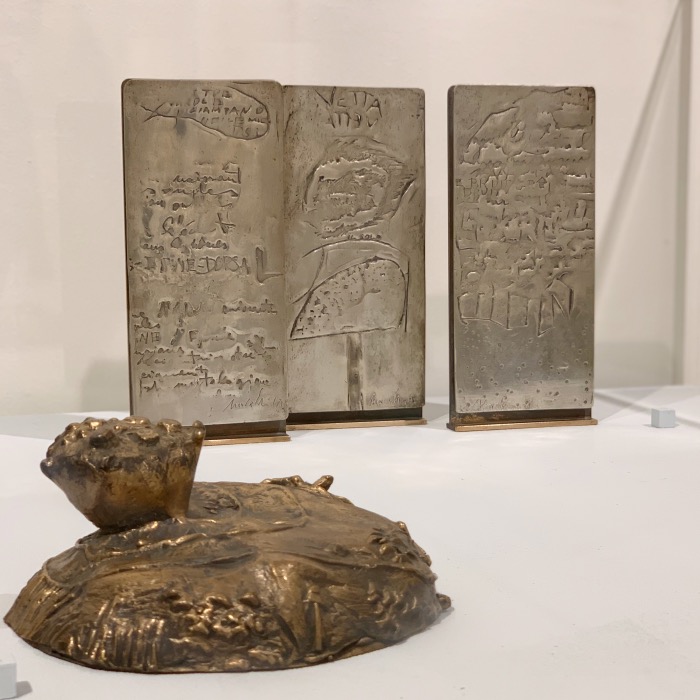 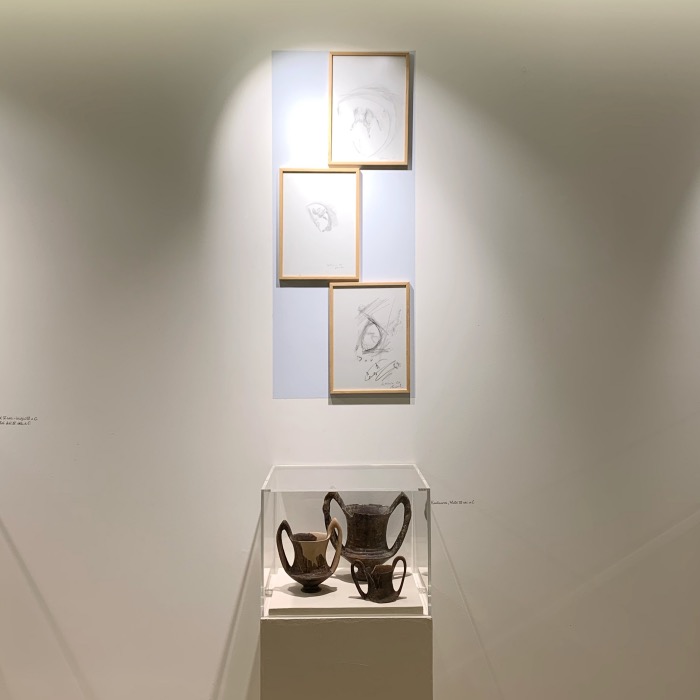