There’s always an interesting exhibition on view at the museum, and there are always new aspects to discover in the permanent collection. In addition, you can still sense Peggy’s presence, the founder of the museum, who lived in Venice for 30 years. The movie “Peggy Guggenheim: Art Addict” has been recently dedicated to her adventurous life, as I told you in my post dedicated to this beautiful movie.

From April 23rd to September 19th 2016, the Peggy Guggenheim Collection will present the exhibition “Imagine. New Imagery in Italian Art 1960-1969”.
The rooms of Palazzo Venier, Peggy’s home earlier and museum later will exhibit in 11 rooms 45 works showing what happened in Italian art in the 1960s.

In the 1960s Italy was still optimistic, bright and sure that the achieved richness was only the starting point of a better future and in those years artistic experimentations flourished.
The exhibition, curated by Luca Massimo Barbero, will illustrate new images of those years, and how in a period of only 9 years, artists such as Mario Schifano, Michelangelo Pistoletto, Giosetta Fioroni, Domenico Gnoli and many more developed the ideas and inventions that would be the heritage of the future avant-gardes.

This exhibition will not offer an overview of the art of the 1960s, but it will make an analysis of the birth of a new image of the Italian art.
The works on view are not divided into artistic movements, but are seen within the event that originated them.
In fact, in those years young artists worked together and cooperated, so their ideas, inspirations and visions mixed together.
This exhibition will show the active artistic and cultural climate in Italy in the 1960s, created by a group of brilliant artists but very different from each other, who understood it was necessary mixing together and sharing ideas to create something new. 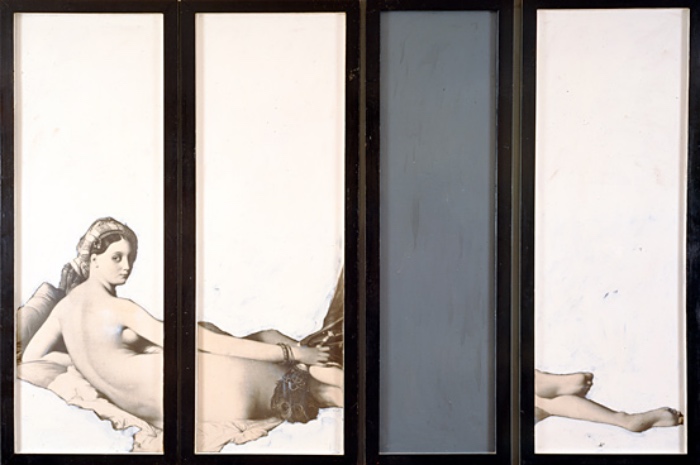 2 thoughts on “Imagine. New imagery in Italian art at the Guggenheim”