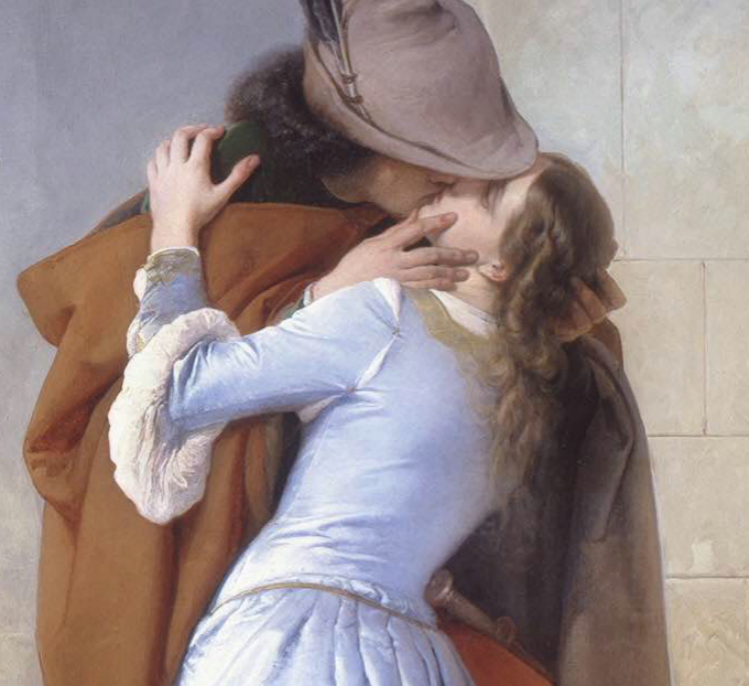 WHERE THE KISS BY HAYEZ IS HOUSED AND WHAT IT REPRESENTS

Everyone knows the Kiss by Hayez, but not everyone knows where it is housed and what the painting made by the father of Italian Romanticism represents.
It’s a wonderful painting that has always enthralled me for its story as well as the feeling it inspires. Which aspects of the painting strike you most? I put it on the list of Famous kisses: the 5 most beautiful kisses in history of art, too. It is one of the most famous kisses in history of art. Do you agree with me?

In this post I’ll tell you everything you should know about Francesco Hayez’s most famous painting.

The Kiss by Hayez 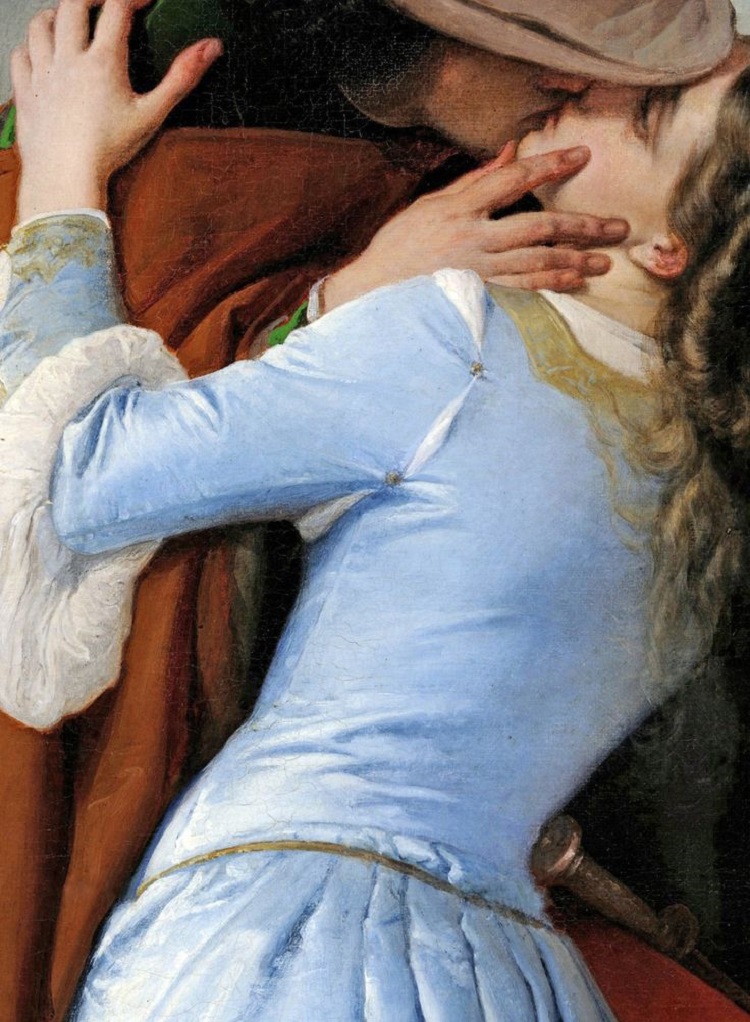 MEANING OF THE KISS BY HAYEZ

The Kiss by Hayez is a romantic painting which, through the depiction of a couple of lovers who say goodbye, maybe for the last time, describes all hopes which grew during the Italian Risorgimento.

It’s a political painting and was executed in that phase of history, after the Congress of Vienna, where Italy was divided into many States but hoped to unify to become a single nation as soon as possible. In this period, some secret societies tried to reach the Unification of Italy by allying with France, which would lead to the proclamation of the Kingdom of Italy in 1861.
The Kiss was painted in this historical context and, when count Alfonso Maria Visconti di Saliceto commissioned Francesco Hayez to paint a painting which could represent hopes of the patriotic circles of creating an alliance with France, the artist painted two lovers.

THE KISS BY HAYEZ: DESCRIPTION

The Kiss by Hayez is a metaphor that allowed the artist to not be accused of conspiracy against the Austrian Empire and giving voice to ideals of those who fought for the Unification of Italy.
These two lovers, overwhelmed by passion while saying goodbye, maybe for the last time, are entrusted with all ideals typical of Romanticism.
The man, kissing and caressing his lover’s face, is about to leave or escape. Maybe a battle is waiting for him.
The woman doesn’t hold him back and seems to have a blind faith in what is waiting for her man.

This kiss represents the alliance between France and Italy against the Austrian Empire, which hopes that will be able to win but is also aware that only with ability and discretion would be possible to achieve the aim: the Unification of Italy.

WHERE THE KISS BY HAYEZ IS HOUSED

There are three versions of the Kiss by Hayez.
The first version of the painting, and the most famous, is housed in the Brera Art Gallery of Milan. The second version was intended for the Mylius family in 1861 and now is in a private collection. In this version of the Kiss the girl wears a white dress. The third version, which is different from the others because there’s a veil on the steps, was painted in 1867, and is probably the painting Hayez was most attached to, because the painter kept it with him until his death.

READ ALSO-  Brera Art Gallery: the masterpieces you must see

The three versions of The Kiss by Hayez on exhibition in Milan between 2015 and 2016.

2 thoughts on “The Kiss by Hayez: where it is housed and what it represents”