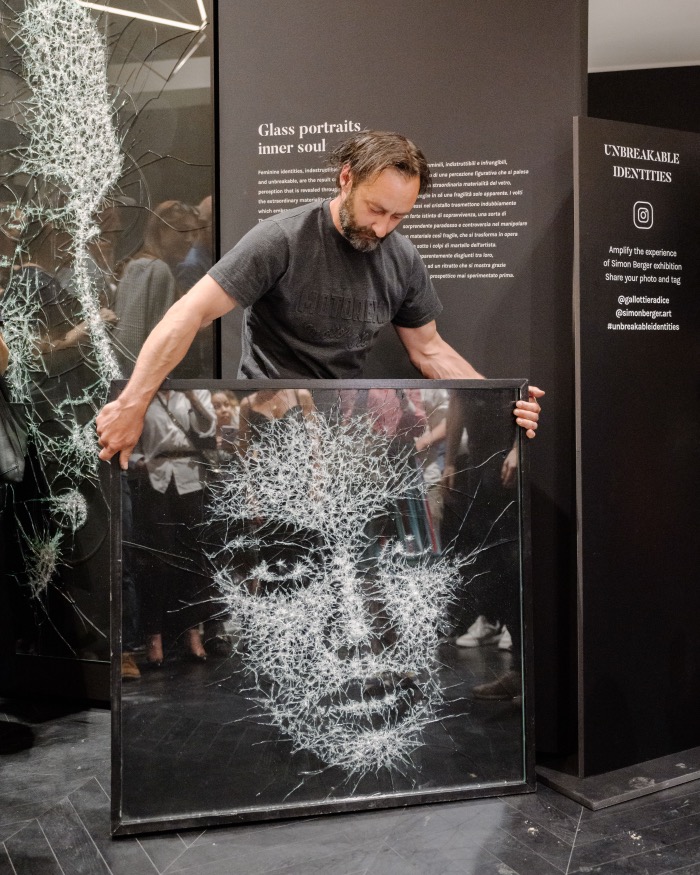 Simon Berger’s works with portraits etched in glass challenge the modes of perception and the material itself.
These are works in which glass is tested to unleash its full potential and transform the smooth surface of the glass plate into an intricate network of cracks and fractures that recreate the human face.

Simon Berger uses a hammer, a tool that should not come close to a fragile material like glass, but in the hands of the artist it is not a tool but an amplifier of effects. Just take a look at the Reels on @simonbergerart, his Instagram profile, to realise how amazing his technique is!

The works of Simon Berger 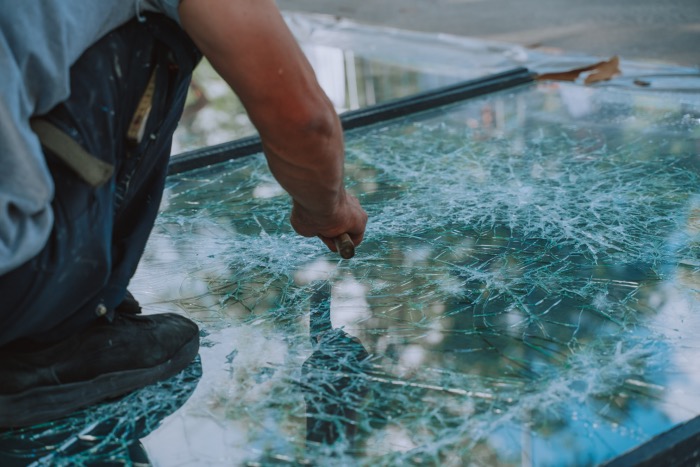 Simon Berger is a multifaceted Swiss artist who has developed a great interest in different materials, such as wood and metal, from a very young age, but has also always been active as a street artist.
It was while creating a work of street art that he discovered, while working on some car wrecks, that windscreen metal and glass are interesting materials for new artistic explorations with a hammer.

The originality of Simon Berger’s technique and his glass artworks have been received with increasing interest and there are many institutions, galleries and festivals around the world that have invited him to exhibit his works.

Most recent projects have seen the creation of portraits of Kamala Harris and Kemal Atatürk, while several glass canvases for the ‘We are Unbreakable’ initiative paid tribute to the victims of the Beirut port explosion in 2020.

Contrary to the tradition of blown or modelled glass, Simon Berger’s sculptural gesture is reminiscent of the act of etching and sculpting on the glass surface.
This is an alternative approach to the glass portrait, which the artist himself calls morphogenesis and which succeeds in exploiting the unlimited expressive possibilities of this centuries-old material that is still too little explored.

Berger puts glass to the test by pushing it to its limits, to the point of breaking: brushstrokes become hammer blows on a sheet of glass, causing cracks and breaks in facial features.
This technique brings with it a fundamental inversion of meaning that unleashes new meanings: the shattering of glass, which might resonate as an act of destruction, a form of anti-creation, is the privileged means of releasing the purest essence of beauty from the depths of matter.

THE WORKS OF SIMON BERGER ON SHOW

The exhibition is conceived as an immersive installation and presents some 20 works, all previously unseen, that explore the fragility of the human condition through the artist’s hypnotic and innovative sculptural practice. 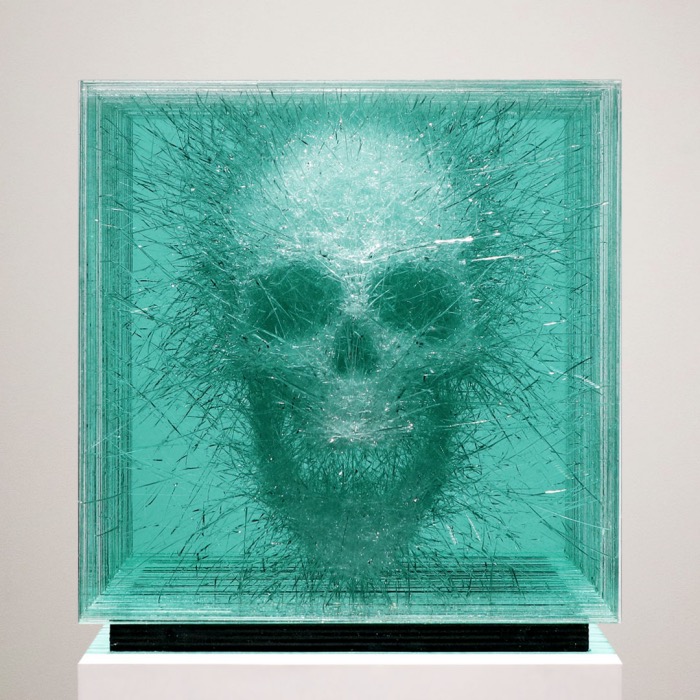 The exhibition is curated by Sandrine Welte and Chiara Squarcina in collaboration with the Fondazione Musei Civici di Venezia and Berengo Studio, which also recently collaborated on the exhibition Ai Weiwei. The Human Comedy.