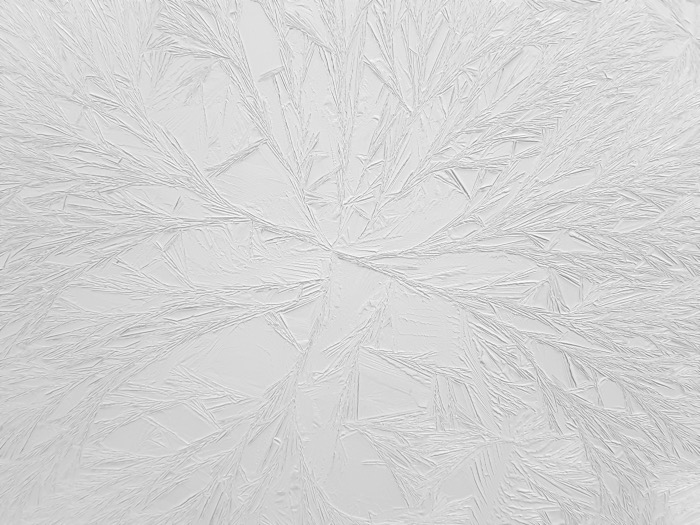 MAMbo – Museo d’Arte Moderna di Bologna has announced the addition to its collection of a work by Nanni Menetti: “Microviolence X” (2014).
The new acquisition was presented to the public on 9 December 2021 in the presence of the artist.

“Microviolence X”, which was exhibited from 7 May to 20 June 2021 inside the Collezioni Comunali d’Arte, in the Sala Urbana (as part of the last edition of ART CITY Bologna), belongs to the series of the cryographies, from the Greek scripture of frost. 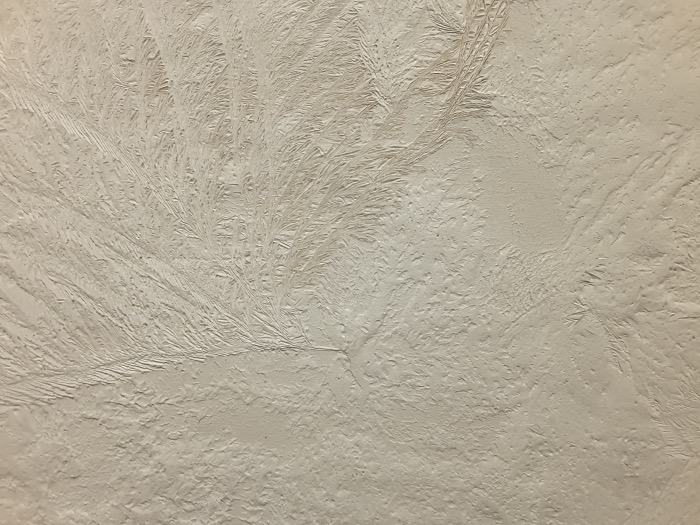 Nanni Menetti has been working for years with the medium of writing and has recently introduced natural frost into his practice, producing a real unicum in the history of art.
The cryographies are in fact a completely new form of declining Duchamp’s ready-made, aimed at bringing nature and the need to safeguard its salvific and pure creativity back to our attention.

In the artist’s intention, cryographies find their raison d’être on three levels:

Nanni Menetti’s cryographies are born in winter, in Bicorgnola di Monzuno (the artist’s birthplace, situated seven hundred metres above sea level in the Tuscan-Emilian Apennines).
When the temperature drops below zero, everything happens in about 30/40 minutes. In fact, during this very short period of time, the frost ruffles the pigments that the artist spreads on the supports, leaving marks of various kinds.

The artist says: “The term “micro-violence”, with which I file all my works, is intended first of all to indicate the technical violence that brings them into being (now temperas micro-violated by the frost, then papers micro-violated by writing, by the inks, by the folds they undergo in drawers, by the tears suggested by these same folds and by the pins and glues needed to join them together in collages) even if, secondly, but not secondarily, this violence can be read according to more general anthropological and moral meanings. Violence reveals itself to be an ineradicable structure of existence and the only way to reduce it is to be aware of it.”

Nanni Menetti (Luciano Nanni) lives and works in Bologna.
Born in Monzuno (BO) on 21 April 1939, he was a lecturer in Aesthetics at the University of Bologna. Active since the 1960s, both in the poetic and visual fields, from 1982 onwards he has signed all his works no longer with his first name but with that of Nanni Menetti (Menetti is his mother’s surname).

The materials used in his works are those connected with the practice of writing: blotting papers, carbon paper, tissue paper, etc. Materials in themselves, today, already have a great deal to do with writing. Today, these materials are already rare and precious, but in this case they are made even more precious by the traces left on them (by the micro-violence exerted on them) by time and by the hand (decades of work) of the artist-writer. This writing has recently become largely holistic, involving, on the one hand, the forces of the instruments (camera) and, on the other, those of nature, frost in particular in the series of “cryographies”.
One of his works is now part of the collection of the Bologna Museums.