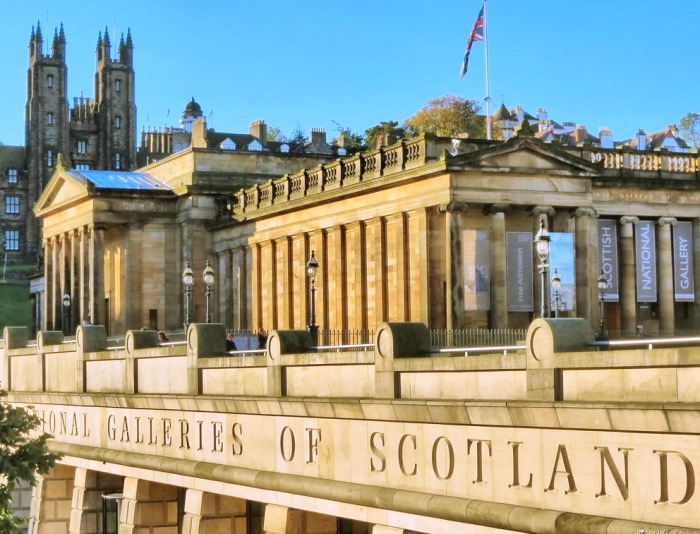 WORKS OF THE NATIONAL GALLERY OF SCOTLAND IN EDINBURGH TO SEE

A list of the works of the National Gallery of Scotland in Edinburgh you must see, a modest art gallery if compared with many others, but certainly full of works by the leading artists of European art.

In this post you’ll find some works you should admire before exiting the museum.

Works of the National Gallery of Scotland

Before visiting a museum, you’d better collect information about the unmissable works of art to see. In order to avoid missing that masterpiece you’ve seen in books dozens of times or online and to realize only once you’ve exited the museum that it’s too late.

I wrote this post just to avoid this unpleasant situation and to discover what the works of the National Gallery of Scotland in Edinburgh to see are.
Here is a list of the unmissable works of art.

WORKS OF THE NATIONAL GALLERY OF SCOTLAND TO SEE 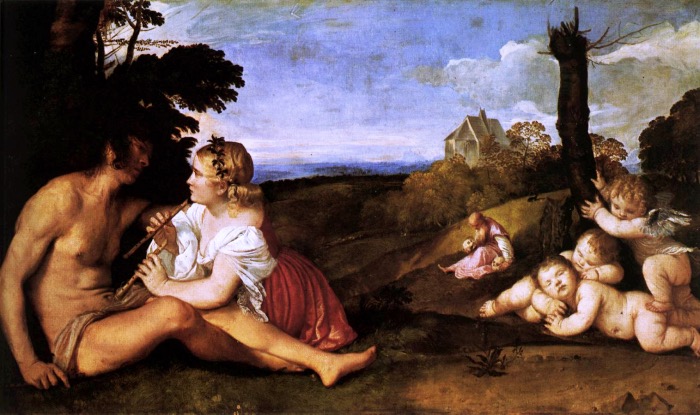 Titian, The Three Ages of Man

A Titian’s masterpiece depicting the three ages of man: childhood, adulthood and old age.
The children sleep peacefully and wait to become adults and enjoying the joys of love. From the man and the girl on the left, the look moves towards the centre where a man, alone and deep in thought, is maybe thinking of impending death.
The church in the background may be the promise of eternal life and hope. 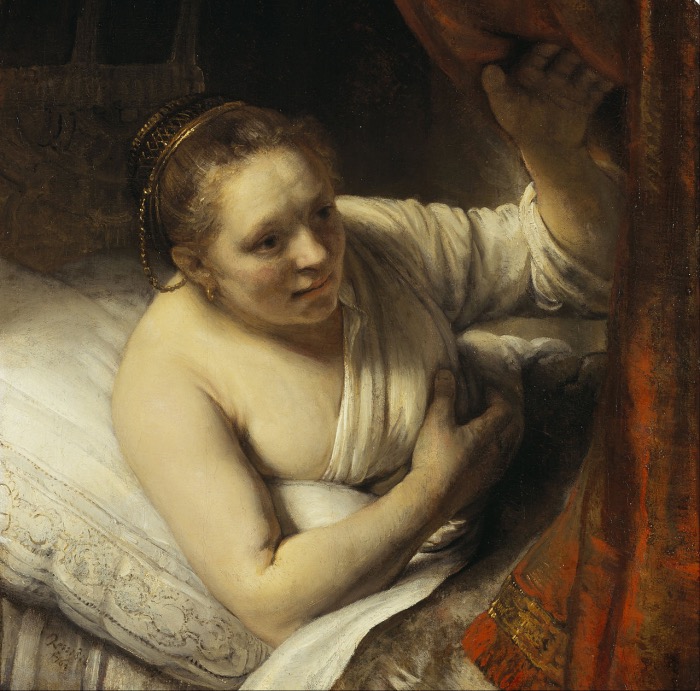 Rembrandt, A Woman in Bed

The identity of the girl depicted has been widely debated, but is still unknown: maybe she was the wife of the most important painter of the Dutch Golden Age.
Rembrandt often used the members of his family as models for his paintings, and maybe with this portrait he wanted to depict a mythological scene or a scene taken from the Bible.

The Bridgewater Madonna by Raphael (around 1507) 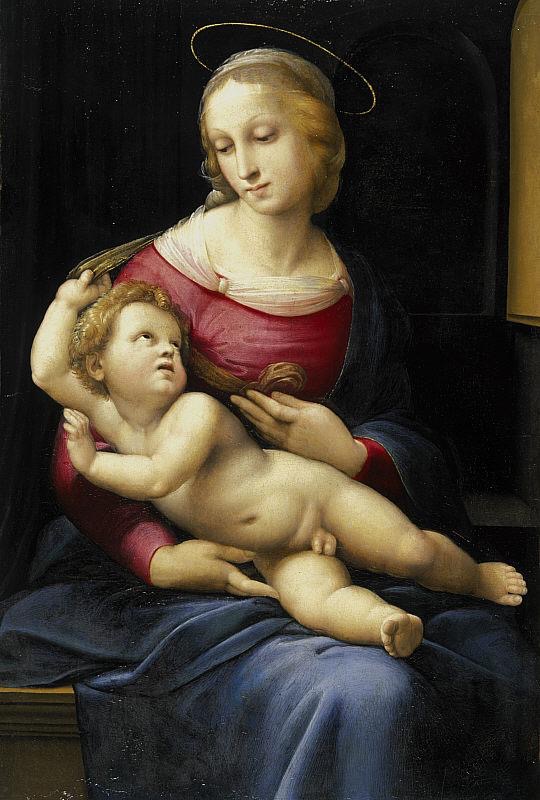 The dark background allows a recess to be half-seen with a small door open and a bench, while the Virgin Mary and the Child emerge from the dark, and seem to be illuminated by an unreal light. Technical analysis has revealed that the original background was a landscape, and was later modified by Raphael, probably to emphasize the contrast between light and shadow.

In this painting you can notice the grace in describing a maternal scene like this, and that is typical of Raphael’s style, as you can observe in Madonna of the Chair.

Portrait of Diego Martelli by Degas (1879) 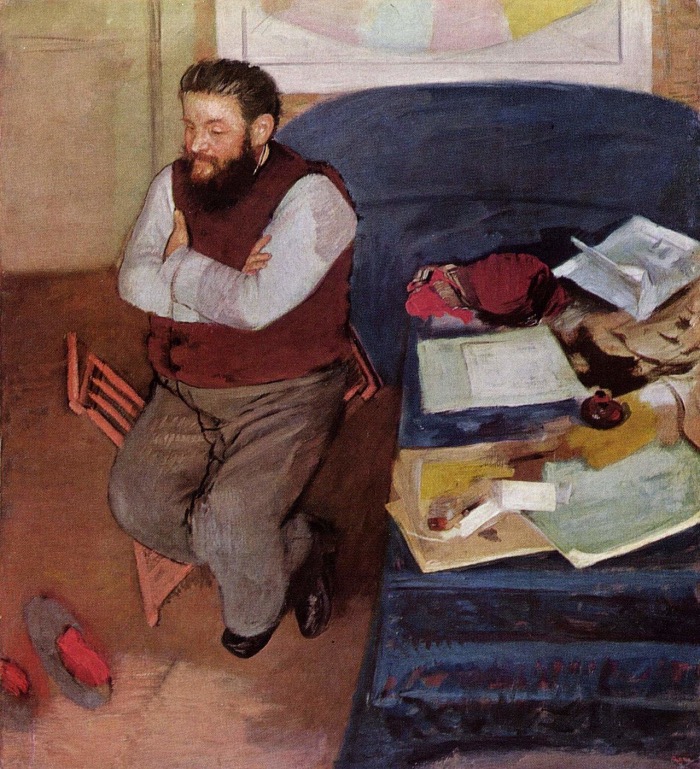 Degas is famous for paintings depicting the world of dance.
But few people know that he was also a great portraitist, and in this painting the artist portrays the well-known Italian art critic Diego Martelli, a friend of the Macchiaioli.

Degas and Martelli met in Paris in 1878, and the artist depicts Martelli next to the desk full of sheets of paper and notes, maybe documents that he would probably bring to Italy to hold a famous conference where the critic defines Impressionism as “the dawn of the future”.