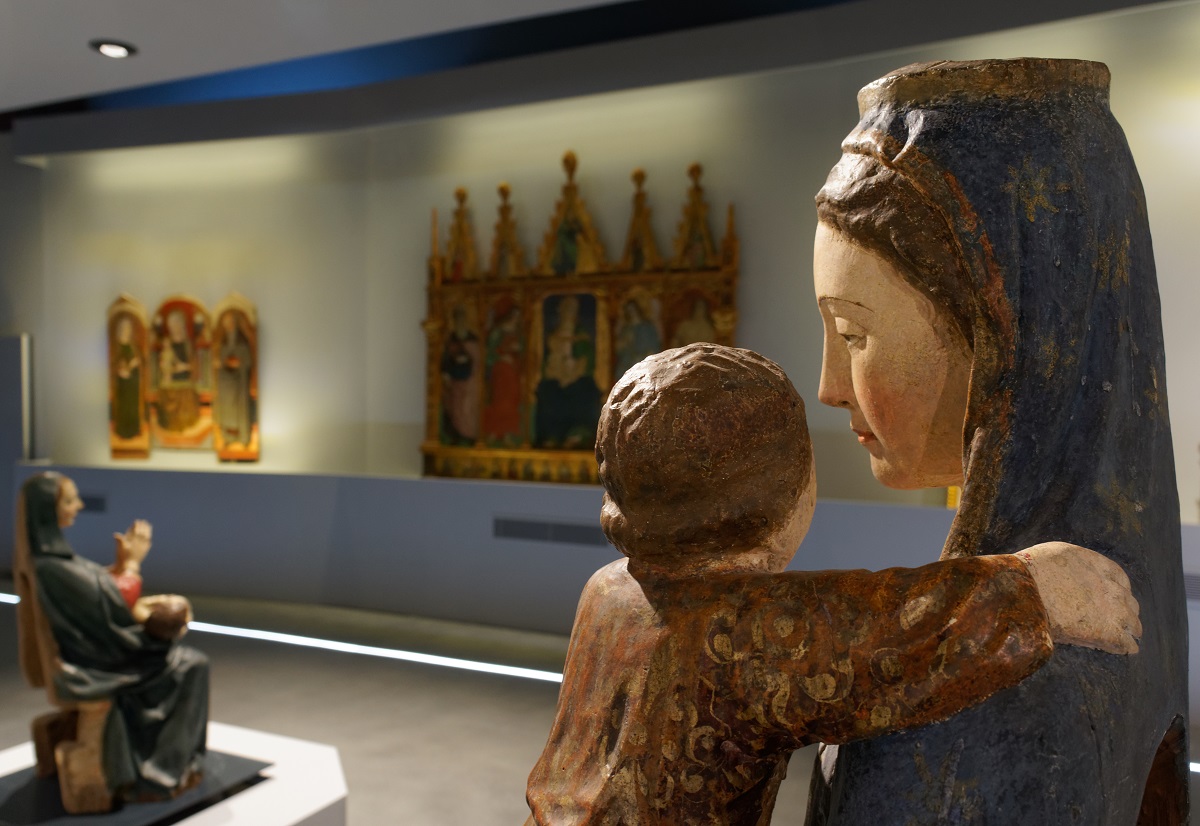 National Museum of Abruzzo. On 6th April 2009 an earthquake destroyed Aquila, capital of Abruzzo region. Now, after six years from that day and after three years of work, the National Museum of Abruzzo reopens. It houses more than one hundred of the most outstanding pieces of art from the collection that was displayed since 1949 in the sixteenth-century Castle, the Spanish Fortress.
The building was badly damaged by the earthquake.

The MUNDA has been located inside a building belonging to the industrial archaeology, the ancient municipal slaughter-house. The municipality has granted the Mibact a 30 years concession.

The earthquake caused widespread damage to the city. Historic palaces, churches and monuments were seriously damaged. Wrecked monuments were not available.
Pieces of work, terracotta, wood and stone sculptures were ruined by vibrations; they fell down violently and were damaged by the rubble.
This new site is safer than the previous one and is a sign of hope and a slow return to normality.

The museum exhibits more than one hundred pieces of art of different ages and different types (archaeological finds, wood sculptures and paintings until 18th century) which represent the variety and the quality of the collections.
They are also significant for the history and culture of the entire region.

You may see the most beautiful and the most ancient Madonna of Abruzzo and some masterpieces like Belfi Triptych or Christ and the adulteress by Mattia Preti. There are also many restored pieces of art. They were found among the rubble and were restored with extreme care, and they’re living a second life.
Many of them are stored in storages of the prehistoric Museum in Celano Paludi, which became, after the emergency, a collection point and first aid, with a team who worked for this specific purpose.
The rescue of Madonna and Saints by Giovanni Paolo Cardone is worthy of mention. This painting appeared irretrievable: it suffered extensive damage by rubble, water and snow. The canvas was pieced together again and cleaned. It was a miraculous rescue.

MUNDA reopening is a moment of rediscovery and a complete surprise.