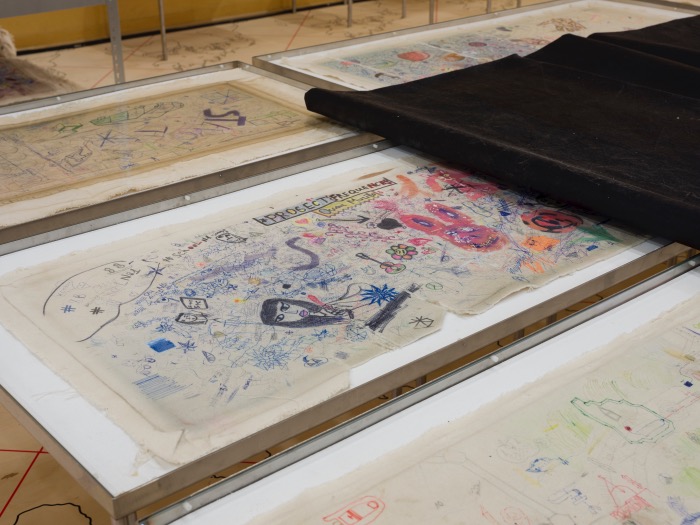 A STORM IS BLOWING FROM PARADISE. AN INSTALLATION BY OSCAR MURILLO IN VENICE

Colombian artist Oscar Murillo in Venice to create A Storm Is Blowing From Paradise, a large-scale installation at the Scuola Grande della Misericordia.
The project includes new paintings by the artist and an extensive interactive presentation of Frequencies, involving schools from various parts of the world.

An installation by Oscar Murillo in Venice 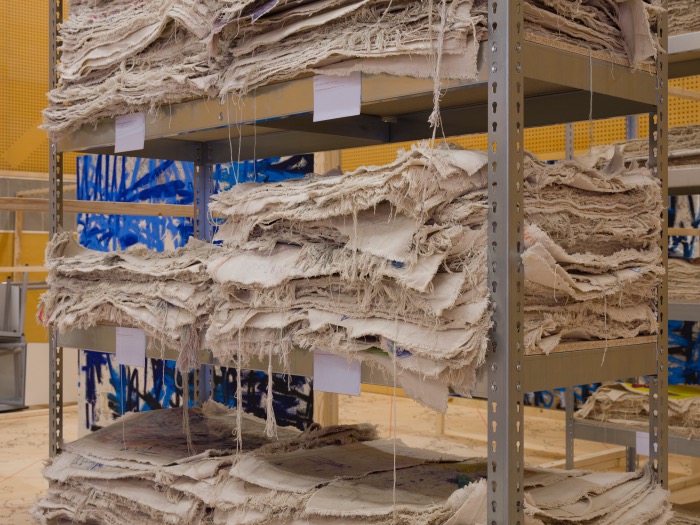 Turner Prize winner Oscar Murillo brings canvases from the Frequencies project to Venice to create a global art installation with school children from around the world.

Frequencies is a global art project conceived by Oscar Murillo in 2013 and involving schools around the world.
Through this project, students between the ages of 10 and 16 are invited to mark, draw, doodle and interact on large blank canvases that, when put together, convey the conscious and unconscious energy of young minds at the height of their absorptive capacity, optimism and conflict.

On the canvases are imprinted the dreams, thoughts and desires of these children communicating through drawings, slogans, messages and globally recognisable motifs together with specifically cultural expressions.

Over the past nine years, Frequencies has become a project on a global scale, involving more than 400 schools in over 30 countries, including Brazil, China, India, Italy, Japan, Kenya, Lebanon, Nepal, South Africa, Sweden, Turkey, the United Kingdom, the United States and many more. To date, more than 100,000 students have participated in the project.

The enormous quantity of canvases, collected over almost a decade from different places around the world, constitutes an archive that is being presented in Venice for the first time.
A Storm Is Blowing From Paradise represents the first opportunity to approach this project and observe the potential it has to express.

In addition to this installation, the exhibition includes several new works by Oscar Murillo, which are being presented in Venice for the first time.
These include a nine-metre wide painting inspired by Monet’s Water Lilies. Murillo is in fact particularly interested in the fact that Monet suffered from cataracts and in his recent series of surge paintings he developed the idea of a ‘social cataract’, i.e. the idea that individuals are incapable of seeing the suffering of others in contemporary society. 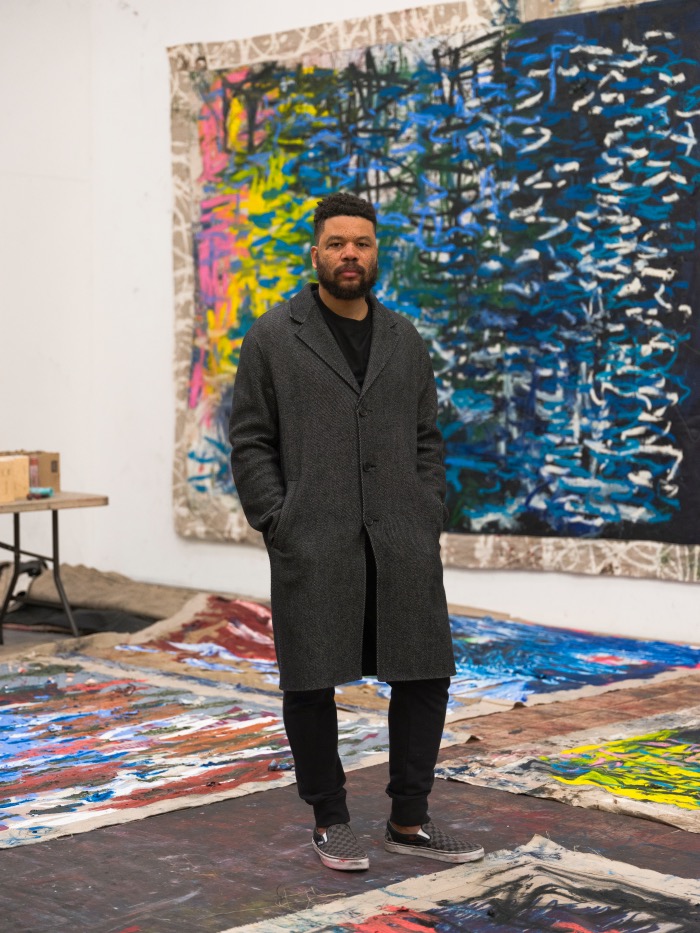