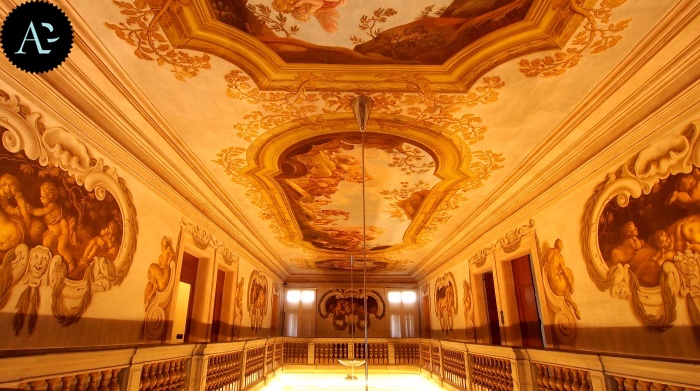 PALAZZO GIACOMELLI: A PRIVATE PALACE OPEN TO THE WORLD

Palazzo Giacomelli. Palazzo Dolfin Giacomelli, also known as Palazzo Giacomelli, is located in Treviso, and is not a museum, but you should visit it as if it was, because the palace is what each museum should be: a place open to the city and its territory, the perfect place where ideas can emerge and where people can meet.

I visited this palace on the occasion of the inauguration of the exhibition “De Pictura”, and, although I passed it several times, I couldn’t imagine the building housed beautiful frescoes and an 18th-century wooden walkway.
In addition, from Palazzo Giacomelli you can enjoy a spectacular view of the river bend of the River Sile which flows just in front of the building.
I didn’t put Palazzo Giacomelli on the list of what to see in Treviso, but now I believe it is an important leg. 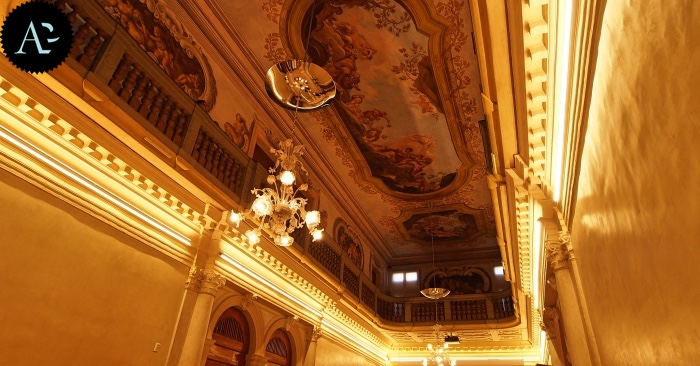 The palace was built towards the end of the 17th century, and was finished in the early 18th century.
It was planned by the architect Andrea Pagnossin, who was very active both in Treviso and in the whole province.
Now the palace belongs to Unindustria Treviso (the Union of industrialists of the province of Treviso), that restored it and took safety measure for it, returning the palace to its ancient splendour of an aristocratic dwelling house located in the most evocative area of the city.

The photos I took can describe Palazzo Giacomelli better than 1,000 words.
To enter the palace, visit the exhibition “De Pictura”, one of the most interesting events in Treviso. 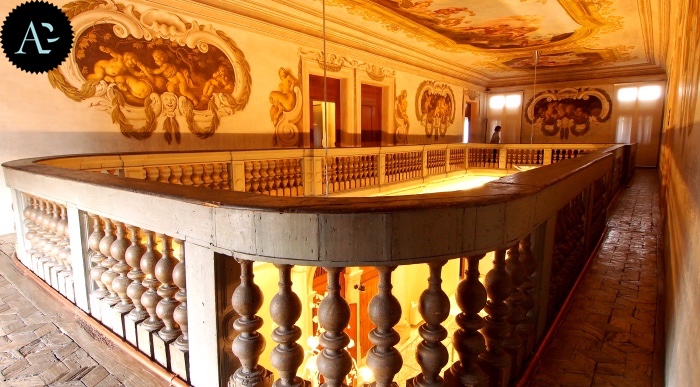 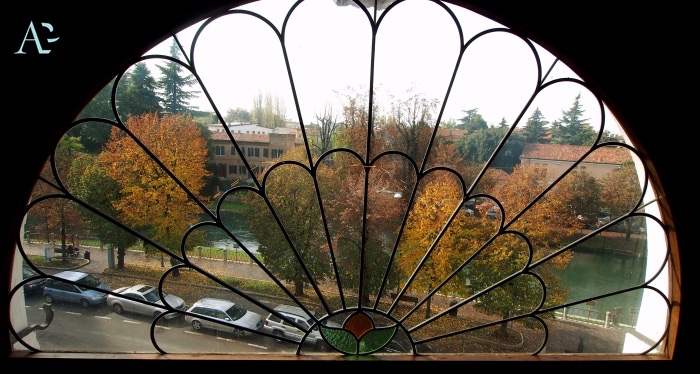