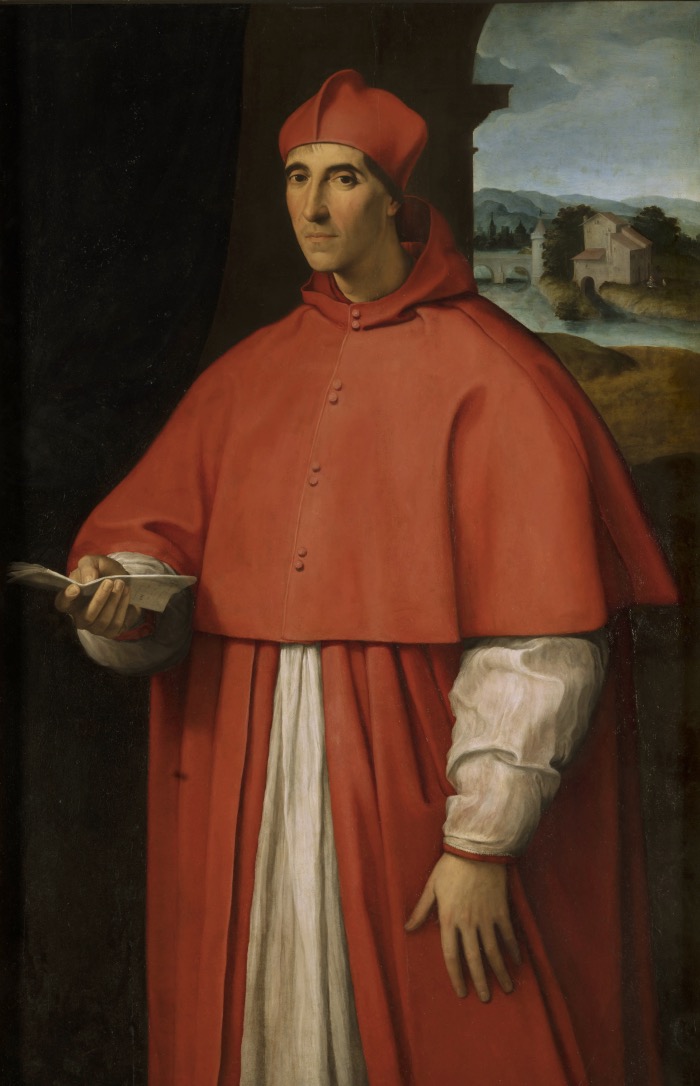 PARMA AND THE FARNESES: A HISTORY OF POWER AND BEAUTY

The story of Parma and the Farnese is one of power and beauty.
From the marriages arranged to extend the political influence of one of the most influential families of the Italian Renaissance, to the works of art they collected and commissioned from the leading artists of the time, the Farnese were at the centre of the most important historical events from the 16th to the 18th century and transformed the territory of Parma into a political and cultural reference point.

In this post I will tell you their story.

Parma and the Farnese family 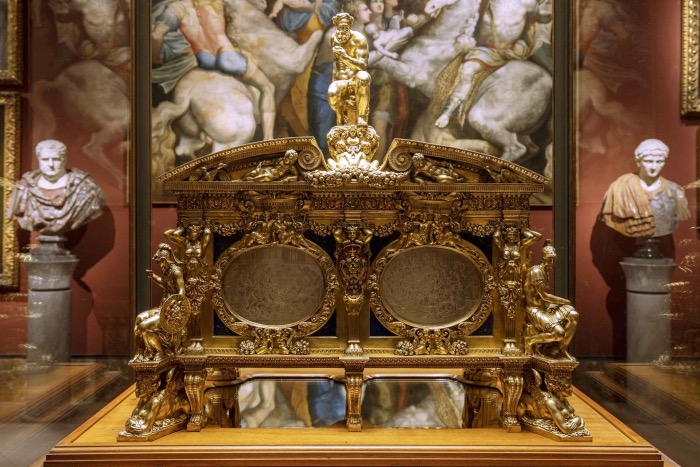 The Farnese family were protagonists of European politics and culture from the sixteenth to the eighteenth century, placing the city of Parma at the centre of a vast renewal project that saw the use of the arts as a means of political legitimisation.

In 1500, the rule of Milan over Parma came to an end and, thanks to Alessandro Farnese (1468-1549), bishop of the city from 1509 to 1534, a phase of rapprochement between the city and Florence, then Rome, culminated in its subjection to the Papal State.

Alessandro Farnese was the last descendant of an illustrious lineage, had received a humanist education and had embarked on an ecclesiastical career. Nevertheless, he worked to ensure the continuity of the family and obtained, in 1505, the legitimation of his four children by Silvia Ruffini.
However, it was his election to the papal throne as Pope Paul III in 1534 that completely changed the course of his family’s and Parma’s history.

Alessandro Farnese, as Paul III, was also the Pope of the Reformation of the Church.
He was the architect of the approval of the new religious orders of the Jesuits, the Theatines, the Capuchins and the Ursulines.
A lover of the arts, patron of the arts, collector, purchaser of large public and private architectural projects and skilful diplomat, Alessandro Farnese manoeuvred both his sons and grandsons, weaving a wide network of alliances, even outside Italy.

His meeting with Charles V in 1543 was decisive in laying the foundations for the Duchy of Parma and Piacenza.
In 1545 Alessandro Farnese succeeded in separating Parma and Piacenza from the Papal States and created a territory to be governed and entrusted to his ruthless son Pier Luigi, while his grandson Ottavio was granted the Duchy of Camerino and then that of Castro.

THE BIRTH OF THE FARNESE DUCHIES

On the death of Pope Paul III, the duchy was entrusted to Ottavio, son of Pier Luigi and Girolama Orsini, and Parma became the capital and seat of the court residence.

From the marriage of Octavius to Margaret of Austria, the natural daughter of Charles V, Alexander was born in 1545. At a very young age he followed his mother, the governor of Flanders, to the court of Madrid and became the greatest military leader of his time.
In 1565 Alexander married Maria of Aviz, heir to the throne of Portugal, and moved to Parma, where he was rarely present as he was always engaged in military endeavours, such as the battle of Lepanto in 1571 against the Turks and the siege of Antwerp in 1585.
When he died in 1592, the government of his son Ranuccio I, which lasted thirty years, was characterised by the reorganisation of the State, but he was overwhelmed by the manoeuvres of the courtiers.

Fearing a conspiracy against him, in 1612 he condemned to death the feudal lords allegedly responsible for the plot and confiscated their property. The clamorous execution was followed by a period of isolation that he tried to interrupt with the marriage of his son Odoardo to a daughter of the house of Medici, for which he ordered the construction of the Teatro Farnese.

THE PARMA OF THE FARNESE FAMILY FROM SPLENDOUR TO DECLINE

In 1628 Odoardo Farnese married Margherita de’ Medici and, having obtained the duchy, moved to Piacenza.
In the field of the arts, both his son Ranuccio II and his successor Francesco were great patrons, engaged in a cultural operation that gave life to the Reggia di Colorno and, in the Palazzo della Pilotta, to the first Gallery.

As the conflicts continued and the economic situation became disastrous, Francesco’s marriage to the widow of his brother Odoardo, Dorotea Sofia di Neuburg, was aimed at saving money so as not to have to return the dowry.
This union gave birth to Elisabeth, who, through her marriage to King Philip V of Spain (1714), determined the fate of the duchy.
Duke Francis tried to take advantage of this marriage but his political weight had become irrelevant.

Even before his death, therefore, the end of the Farnese dynasty was decreed with the Treaty of London of 1718, in which Austria, England, France and Holland established that, as the direct line of succession of the Farnese and the Medici had ceased, the throne of Parma and that of Tuscany would be succeeded by Elisabeth’s son.

FROM THE FARNESE TO THE BOURBONS

On the death of Francesco in 1727, power passed to his brother Antonio, while from Spain Elisabetta Farnese claimed the rights of her son, supported by her grandmother, Dorotea Sofia.

In 1731 Antonio died without an heir, Dorotea Sofia held the government of the duchy just long enough to pass it on in 1732 to Charles of Bourbon, who thus ended the Farnese dynasty. 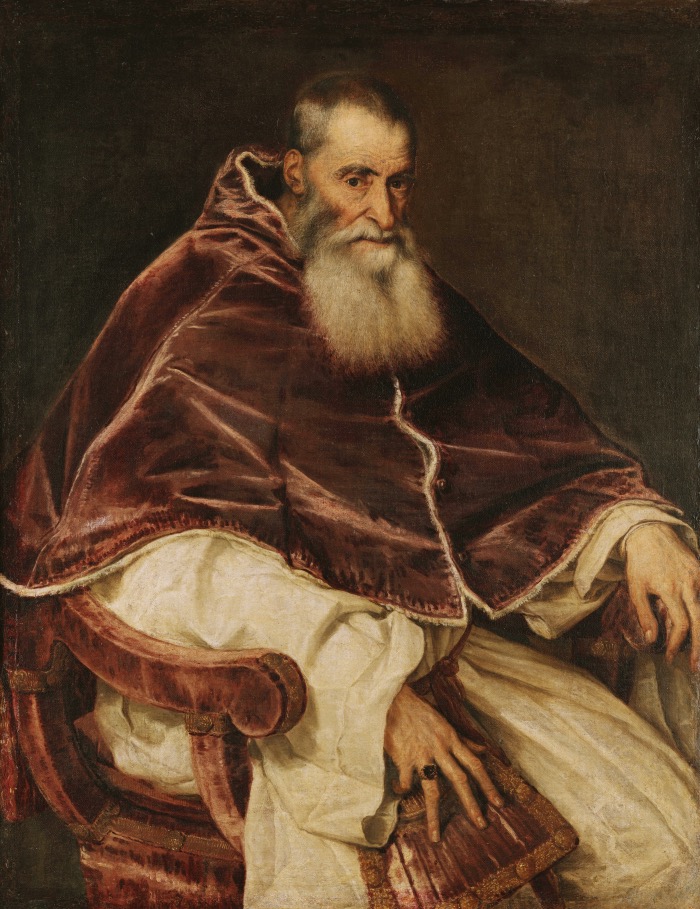 THE EXHIBITION ON PARMA AND THE FARNESE FAMILY

The Complesso Monumentale della Pilotta will host, from 18 March to 31 July 2022, a major exhibition dedicated to the patronage of the Farnese family, with the aim of investigating the extraordinary affirmation of the family in the European political and cultural structure from the 16th to the 18th century, through the use of the arts as a means of legitimisation.

The exhibition will present over 300 works from public and private, Italian and European collections together with works from the Farnese Collection in Parma.

2 thoughts on “Parma and the Farnese family: a history of power and beauty”