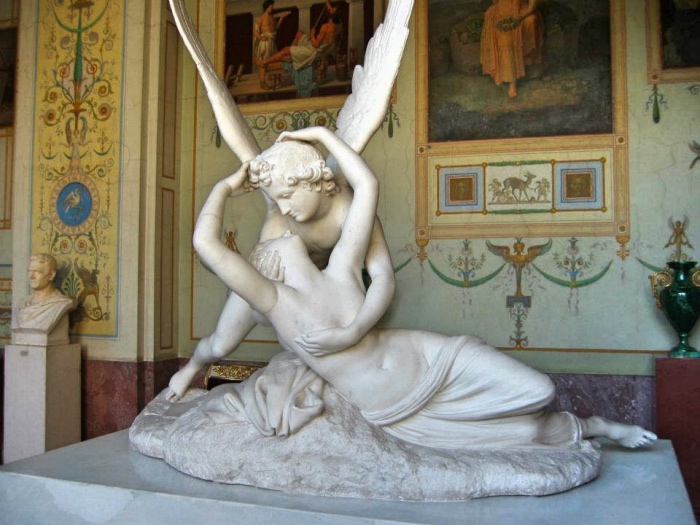 PSYCHE REVIVED BY CUPID’S KISS: WHERE IS LOCATED, WHO COMMISIONED IT TO CANOVA, WHAT IT REPRESENTS

Psyche revived by Cupid’s kiss is one of the most beautiful and famous sculpture groups by Antonio Canova. It represents the meeting between two young lovers and is the metaphor of the eternal struggle between rationality and instinct, between heart and mind.

I’ve already described the works of this artist in the photo gallery dedicated to works by Canova, as the representation of beauty and of a universal idea of beauty.
Probably, Canova’s art peaked with Psyche revived by Cupid’s kiss, and in this post you’ll find the information about who commissioned the work to Canova, what it represents and where you can admire it.

WHO CUPID AND PSYCHE ARE

The myth portrayed in Canova’s Psyche revived by Cupid’s kiss was narrated by several ancient authors.

The story says that Psyche was a beautiful young girl, and Venus, jealous of her beauty, ordered his son Cupid to avenge her by making Psyche fall in love with the ugliest man in the world.
But, as soon as Cupid saw Psyche, he fell deeply in love with her, so that the two young lovers started a secret love story, because a mortal was forbidden from loving a god.

Each night Cupid visited Psyche, but without showing the girl his face.
Until one day, curiosity got the better of Psyche, and she dared to light up Cupid’s face. Cupid got furious with her and went away.

Drawing inspiration from a fresco found in Herculaneum portraying a faun embracing a Bacchante (I talked about Canova’s passion for classical art in the post I dedicated to the life of Canova), the artist portrayed the meeting between Cupid and Psyche as a tender embrace.

Their arms intertwine but don’t cling, their fingers touch lightly and their kiss remains suspended in an eternal moment.

Canova completed the sculpture only in 1793, but at that time Campbell couldn’t afford to pay the transport costs of the statue to his residence in England.
So, the sculpture was acquired by Joachim Murat (Marshal of France, Napoleon’s brother-in-law and King of Naples), who carried Psyche revived by Cupid’s kiss to the royal palace located in Compiègne, near Paris.

WHERE YOU CAN ADMIRE PSYCHE REVIVED BY CUPID’S KISS

At the Museo Correr in Venice you can also find a painting executed by Canova which depicts another version of Psyche revived by Cupid’s kiss, together with other sculpture groups created by the artist. 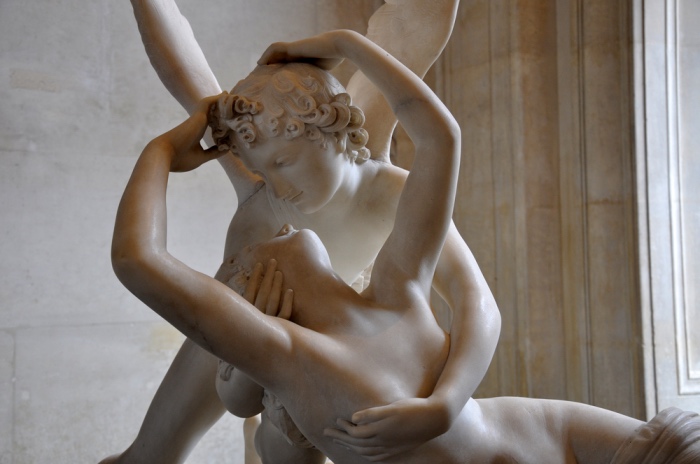 READ ALSO: Sale Canoviane at the Museo Correr in Venice.

2 thoughts on “Psyche revived by Cupid’s kiss: what is located, what it represent”