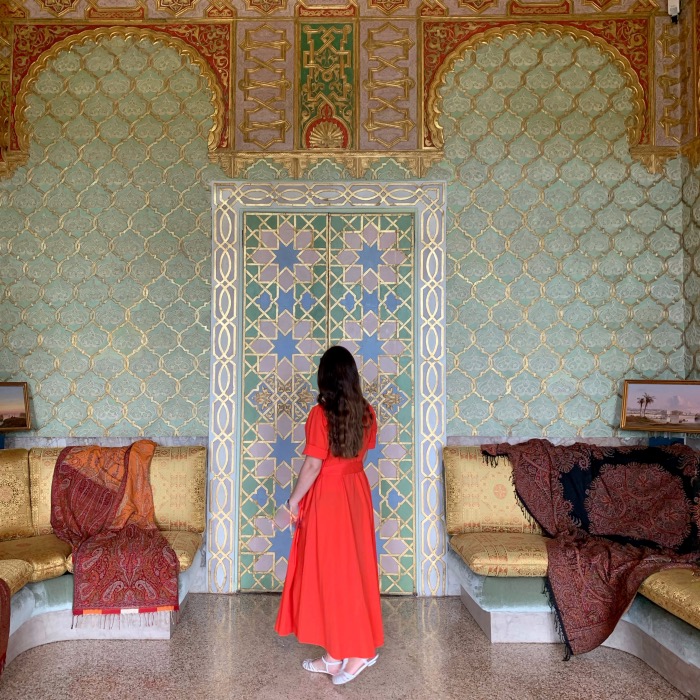 THE ROYAL PALACE OF VENICE: THE ROYAL ROOMS OF THE CORRER MUSEUM

Did you know that there is a Royal Palace in Venice?
I am familiar with Venice and the Doge’s Palace, the residence of the Doge, but I had no idea that there was also the Royal Palace of Venice.
I had the privilege of seeing a preview of the twenty Royal Halls of Venice and I was left speechless!

After almost a century of oblivion, the Royal Palace of Venice, the symbol of 19th-century Venice where the city’s history unfolded after the fall of the Serenissima republic, has returned to shine.
It is a new itinerary of the Correr Museum and can be visited with the entrance ticket to the Doge’s Palace, which also gives access to the Museums of St Mark’s Square. 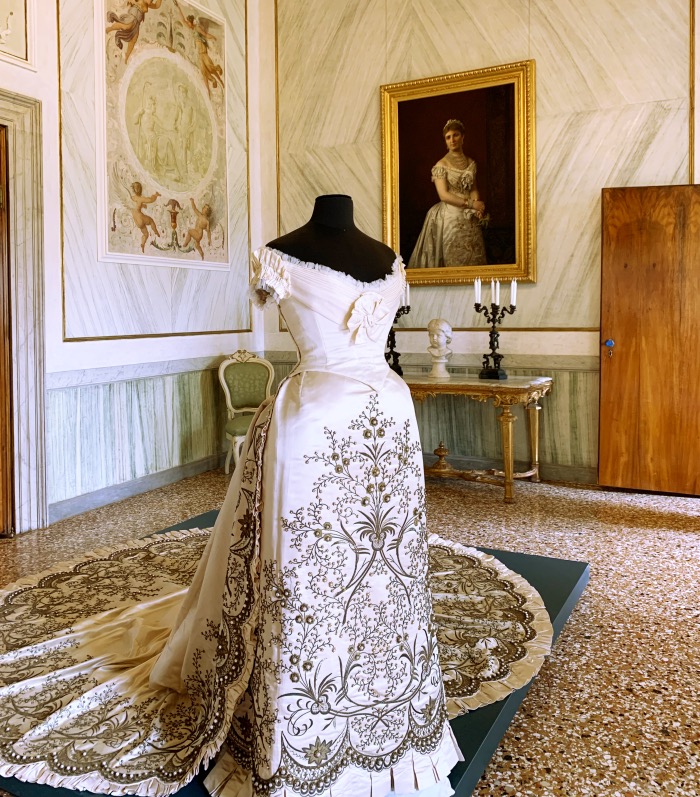 In the city of the Doges, just a few steps from the Doge’s Palace stands a Royal Palace.
Three were the ruling houses that governed Venice after the fall of the Republic: Napoleon Bonaparte, the Habsburgs and finally the Savoy.
Each wanted to reside in Venice in their own flat, modelled and furnished according to their own taste, giving rise to what is now a new itinerary within the Correr Museum.

The Royal Palace of Venice, the twenty rooms of the Correr Museum that were the private flats used by the Bonapartes, the Habsburgs and the Savoy dynasties throughout the 19th century and up to 1920, are returning to their former splendour.
Twenty rooms that, for the first time, become accessible to the public, forming the spaces of what was once the Royal Palace of Venice.

HOW TO VISIT THE ROYAL PALACE OF VENICE

THE ROUTE OF THE HALLS OF THE ROYAL PALACE OF VENICE

Some of the rooms of the Royal Palace of Venice were opened to the public in 2012 but now, in 2022, the route is fully accessible.
Here are the four rooms you absolutely must not miss:

This is the room that was used by Empress Elisabeth, the famous Princess Sissi, during her stays in Venice in 1856-57 and 1861-62 to receive guests.
The room is adjacent to her private flat and is decorated with red and cream upholstery that has been faithfully reconstructed, while the carved and gilded armchairs, which date back to the 18th century, still have their original brocades and probably come from Villa Pisani in Stra.
The room is dominated by a Portrait of Empress Elisabeth of Austria by Anton Einsle (c. 1855).

This room was the antechamber to the flat of Archduke Maximilian of Habsburg, but was reduced in size at the end of the 19th century to become a drawing room for King Umberto I.
The letter ‘U’ added in stucco remains in the doorway and on the walls there are two frescoes with putti, ornaments and monochrome medallions which are the work of Francesco Hayez from 1818.

An Islamic (or Moorish) style room built at the behest of Archduke Maximilian of Habsburg, who lived his best years in nearby Trieste, at the Castle of Miramare, but was in Venice between 1854 and 1856 with his wife, Charlotte of Belgium.

In this room, Maximilian wanted to commemorate two adventurous trips he made to Turkey, in 1850, and to Egypt, in 1855.
Green is the prevailing colour on the walls and ceiling, while an increasingly complex decorative pattern is enriched with colours and gilding.
The two ‘Turkish-style sofas’ have been recreated on the basis of documentation proving their original presence, while the round table, again with Islamic-inspired weave motifs, was made in 1868 with glass enamels in the Salviati workshop in Murano.

The King of Italy Vittorio Emanuele II slept in this room when he celebrated the union of Venice and Veneto to the Kingdom of Italy on 7 November 1866.
The armchairs and chairs have the crowned Savoy coat of arms and the original dark green upholstery.

The twenty rooms of the Palazzo Reale in Venice are decorated and covered with tapestries that reproduce the original designs, while the furniture is authentic and, after complex events and transfers, has finally returned to occupy the space that is rightfully theirs.

The restoration of these spaces took about twenty years, thanks to a scientific recovery project by the Fondazione Musei Civici di Venezia and the Venice City Council with the support of the Superintendency and the decisive support of the French Committee for the Preservation of Venice and patrons from all over the world. 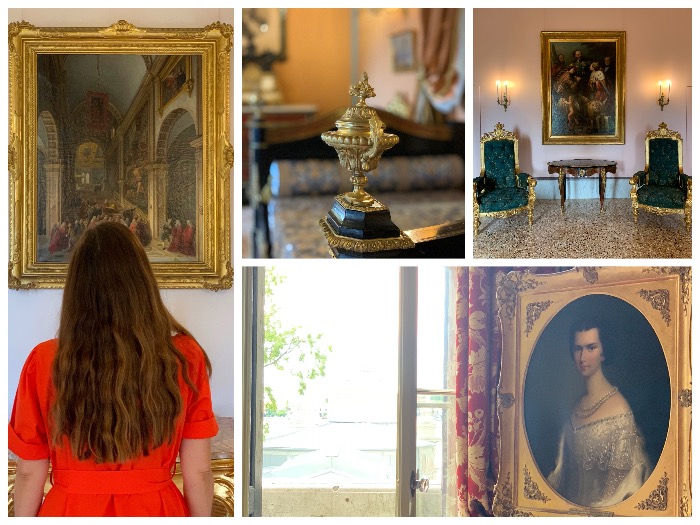 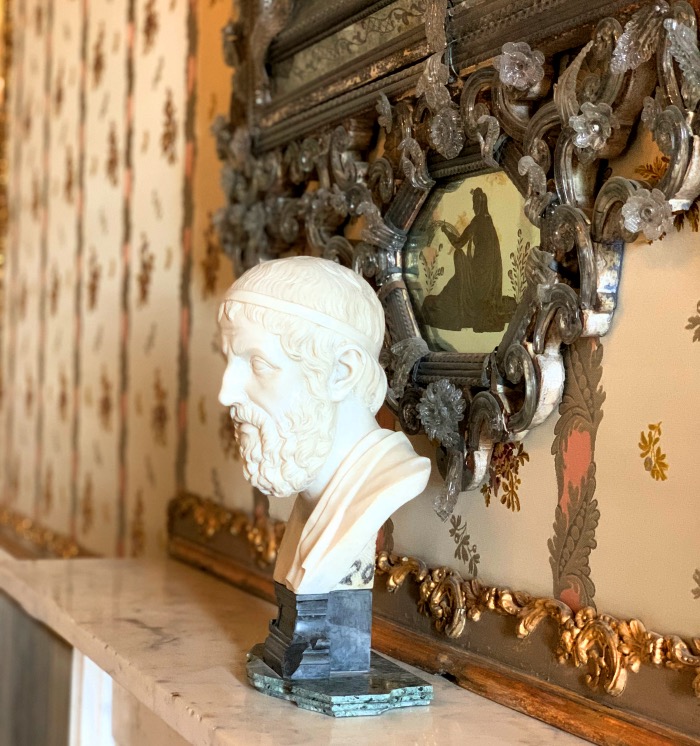