RULES OF ENGAGEMENT: MARK JENKINS AND RERO IN MILAN

Wunderkammern starts the new artistic season in its Milan venue with the show Rules of Engagement by artists Mark Jenkins and Rero.
Mark Jenkins (USA, 1970) is famous for his hyperrealistic sculptures of persons, animals and objects placed in the urban space.
Rero’s (France, 1983) work is placed in between urban art and conceptual art, and it is based on language.
In Milan, the two artists present the evolution of their artistic research in relation to the concept: Rules of Engagement.
I asked the artists some questions, so that they could explain me the the meaning of their work. That’s what they said to me. 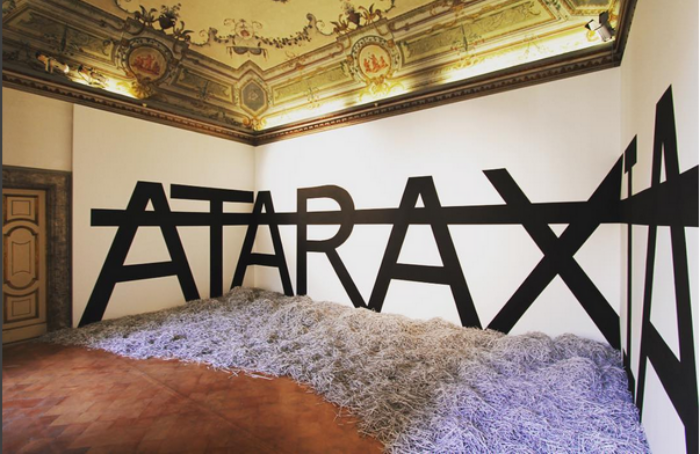 Caterina Art post Blog: Mark, your works inhabit cities. They make people smile, think, and  capture their attention.
Where do you draw your inspiration from?
Mark Jenkins: The air.
Caterina ApB: How would you define your style?
Mark Jenkins: I like mid century furniture, taxidermy. I like black  because it hides dirt. I have five girls cocooned that are in the crawl space under the house. I hate bright lights. This is my style.
Caterina ApB: Rero, your work is based on words and real space in which you place them.
What artists do you get inspiration from?
Rero: In contemporary art, Tania Mouraud and in general, around the notion of Double bind developped by Paul Watzlawick.
Caterina ApB: How would you define your style?
Rero: Art In Situ. 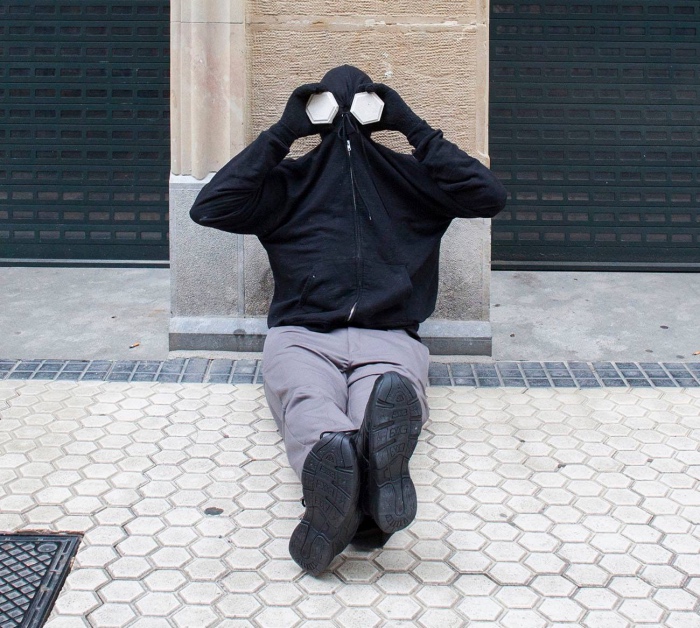 This is an intervention by Mark Jenkins in San Sebastian, Spain, 2017.

RULES OF ENGAGEMENT: THE EXHIBITION

The rules of engagement are regulations or directives issued by a military authority specifying the circumstances, conditions and limitations under which forces can engage in combat with the enemy.  Simultaneously, engagement is also the formal agreement to get married.
It is a word that brings together the extremes of emotions, hate and love.
On the one side, it is a process that legitimises and authorises violence and the act of killing.
And on the other side, an existing relationship based on the purest of feelings is validated and made official by engagement.
Building on these concepts, the artists explore the mechanisms of the formalisation of emotions in our contemporary culture.
For the show a series of mixed media artworks will be exhibited, as well as some four-handed installations developed jointly by the two artists.