There are so many things to see in Paris, from the Louvre Museum to the Musée d’Orsay and many famous and magical places.
But there’s also a secret Paris, made up of unique places and not very popular with tourists.

I made a list of the less-known places of the city to make a journey through the secret Paris, which you must see at least in your lifetime. 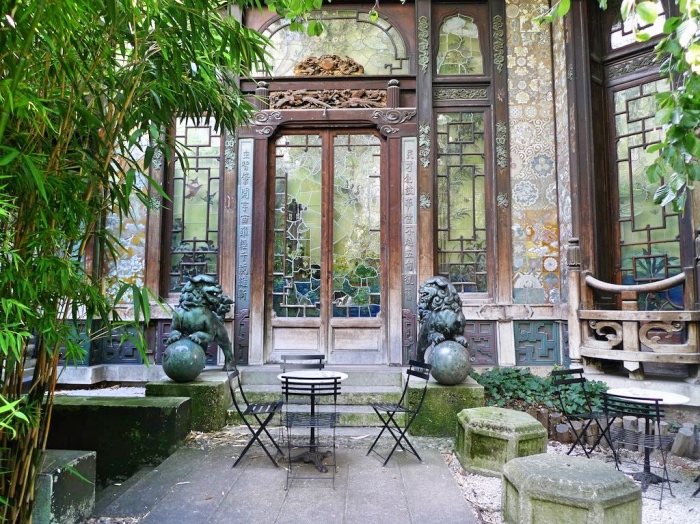 La Pagode (The Pagoda) is the perfect place for cinema lovers.
As soon as you enter the building you’ll find inside a real Japanese pagoda, decorated with silk drapes hanging on the walls, elephants bearing candelabras, golden dragons and a ceiling decorated with paintings of warriors ready for battle.
You can also stroll along a marvellous Asian garden where you can sip a ginseng tea after watching a film.
On the official site you’ll find the programme of films.

The Musée Eugène Delacroix is a small museum located in the artist’s former home where he lived and worked until his death in 1863.
Although many of his most famous works are on exhibition at the Louvre Museum, walking through the red rooms of the romantic artist, and looking at his drawings and sensual paintings on show here, you’ll enjoy a unique experience.
The museum overlooks a small garden where there’s Delacroix’s studio.

The Sainte-Chapelle is not very well-know but is without a doubt Paris’s most beautiful church.
It was originally the private church of the Kings of France and, although is less spectacular than the Notre-Dame Cathedral, a magical atmosphere pervades the chapel.
The light seeps through the stained glass windows, illuminating more than one thousand biblical scenes painted in brightcolours.
It’s a hidden chapel, located in the court of the Palais de Justice, now home to the High Court of Paris, and you need to go through strict security checks before entering. 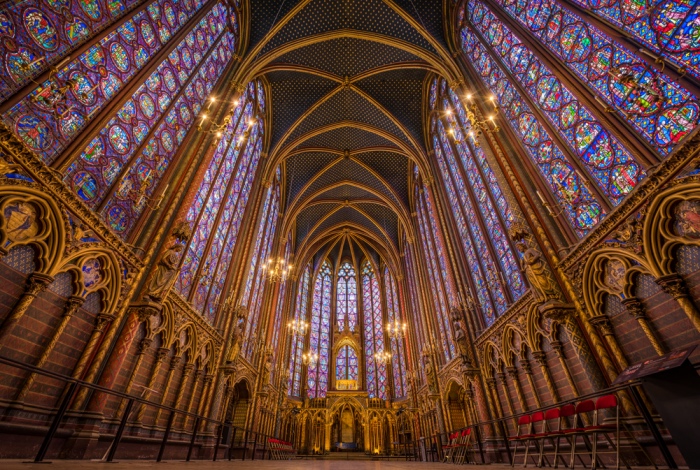 The Palais de Tokio is one of the largest centers dedicated to modern and contemporary art in Europe.
It’s not a traditional museum, rather is an anti-museum organizing events in which visitors are encouraged to discuss art and to be incited by artworks.
Visiting it is a thrilling experience!

The Musée Rodin is the museum dedicated to the most important French sculptor of modern age, Auguste Rodin.
It displays sensual and amazing works, including “The Thinker” and “The Kiss”.
You should go to the museum on a sunny day because the garden is an important part of the visit.
Outside the museum, in fact, you’ll find a series of masterpieces by Rodin on display among large lawns, shady paths and rose bushes. 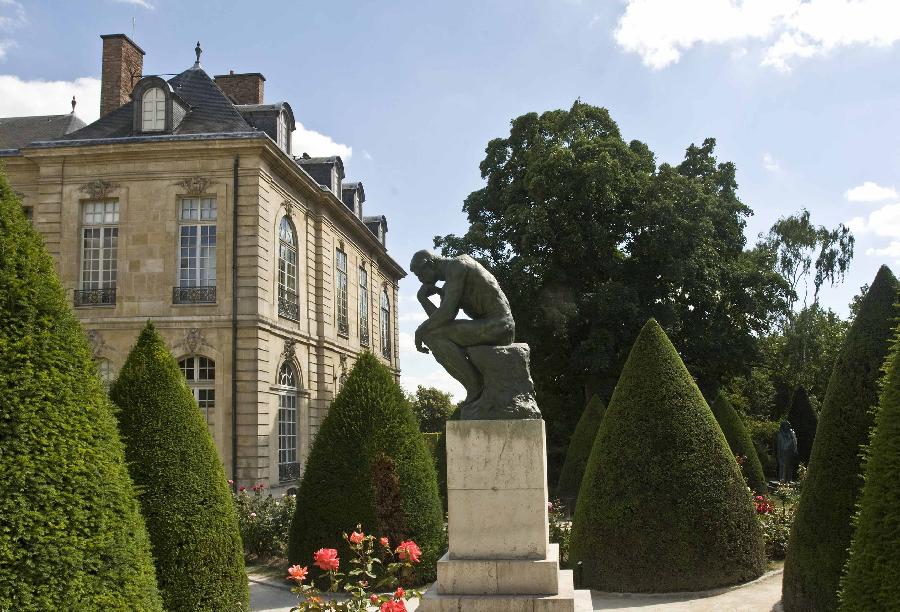 This is the museum dedicated to the works of the artist Jean-Jacques Henner, who arrived with his parents, peasants of Alsace, in 1829 to escape the economic crisis of that period.
His style has always remained academic and classic, influenced by the works of Titian and Correggio, whom the artist admired in Italy.