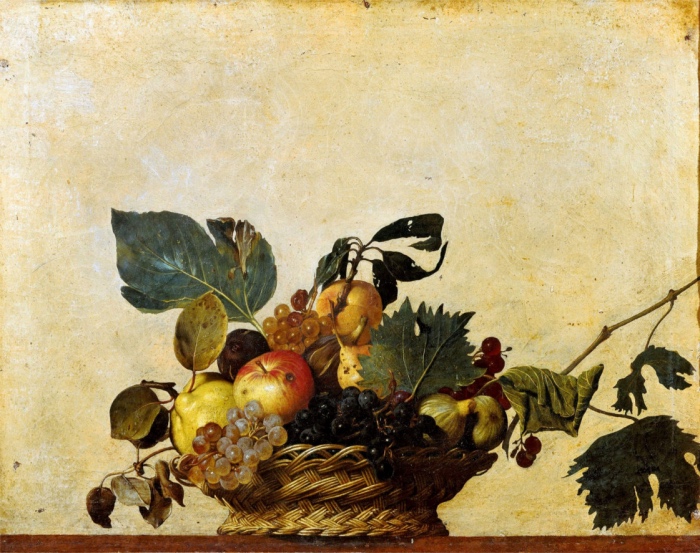 STILL LIFE: CARAVAGGIO AND THE BASKET OF FRUIT

Still life Caravaggio. Caravaggio’s Basket of Fruit is considered to be the first Italian still-life painting, a pictorial genre which already existed and had a long tradition behind, and whose undisputed masters were the Flemish painters.
In Italy the use of still life was only a decorative addition, but thanks to Caravaggio at last it became an independent subject.

Caravaggio with his Basket of Fruit gave still life new dignity, by putting it on the same level as figurative painting.
Caravaggio didn’t search for aesthetically pleasing representations, but he searched for reality, because to him painting meant to accept life as it is, without decorations and with all its imperfections. 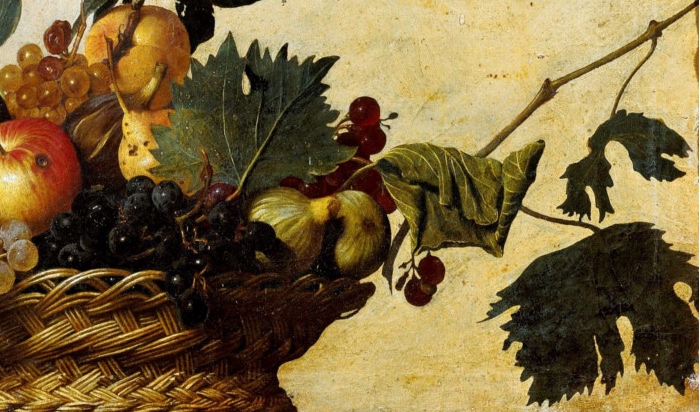 Caravaggio painted this painting between 1594 and 1598 in Rome, and it is part of his first artistic production. It was a gift from Cardinal Del Monte, Caravaggio’s patron, to Cardinal Federico Borromeo, who in those years was in Rome, and today the painting hangs in the Ambrosiana Gallery of Milan.

Description of Cravaggio’s Basket of Fruit

The basket of fruit leans on a flat surface, but we don’t know if it is a table, a shelf or something else. In addition, the background is neutral, so for the first time still life becomes the protagonist of the painting.
The details are painted accurately, and even the apple eaten by a worm, the dried leaf of the fig or the dust on the grapes deserve to be painted on the canvas.

What makes this painting a masterpiece of fundamental importance lies in the way the artist develops a new way to see painting and still life.
Caravaggio depicts things as they are. 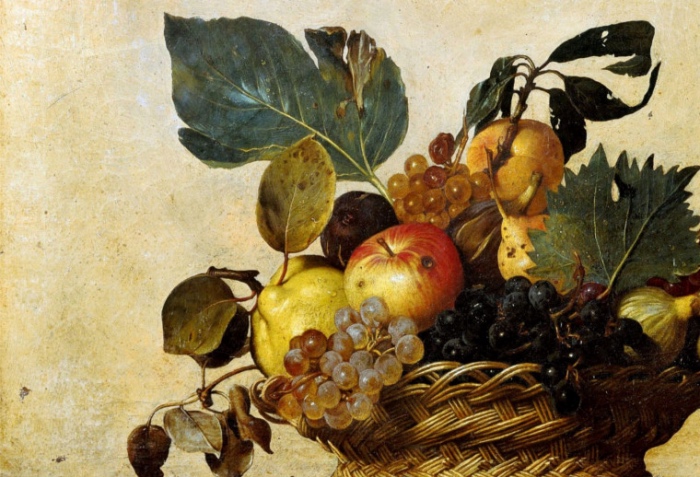