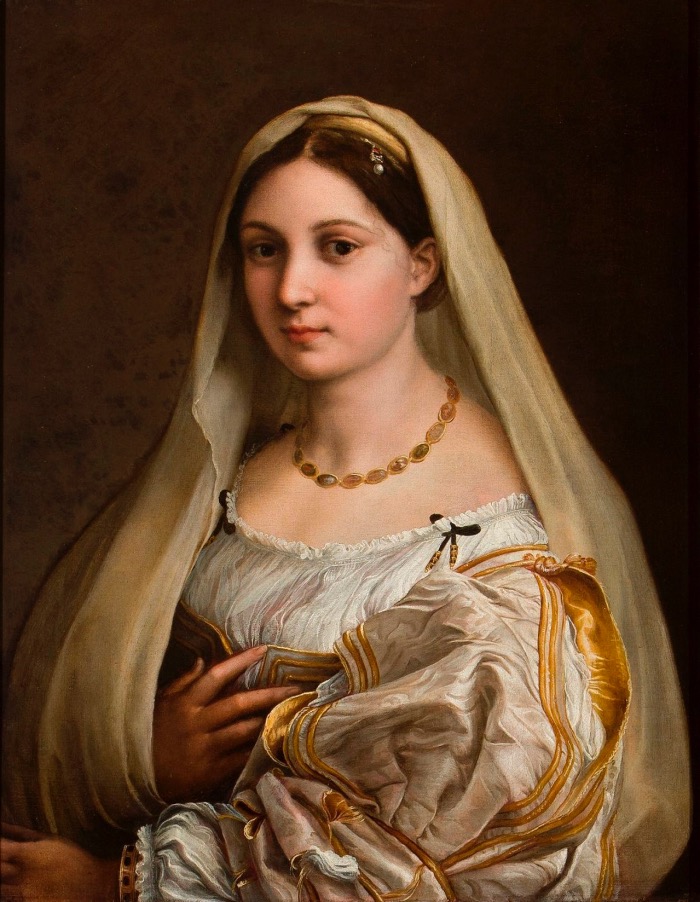 LA VELATA BY RAPHAEL: WHO THE WOMAN LOVED BY RAPHAEL WAS AND WHERE YOU CAN SEE THE PAINTING

In this post you’ll find the description of the painting and I’ll tell you what we know for certain about it, that you should admire in the museum housing it. 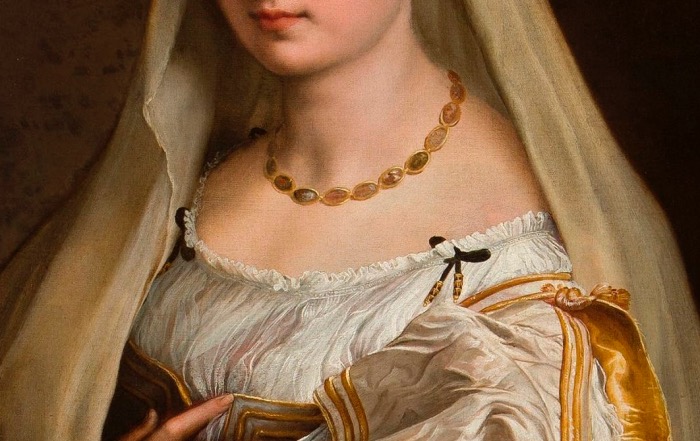 WHO THE VELATA BY RAPHAEL WAS

The woman with the veil painted by Raphael, between 1515 and 1516, is one of the most beautiful portraits the artist ever did.
About the identity of this woman many hypotheses have been made, but several scholars affirm that she’s La Fornarina, a girl Raphael loved very much, according to many tales, and who was the model of many of his masterpieces.

The conviction that the woman depicted is Margherita Luti, known as la Fornarina (the bakeress) because daughter of a Roman baker of Trastevere, is based on the fact that Giorgio Vasari tells, in the biography of Raphael, that the artist painted a beautiful portrait of a woman he loved very much and that this painting was property of the Florentine merchant Matteo Botti.
In fact, la Velata entered the collections of the Medici family in 1619 after the inheritance of a member of the Botti family.
So, it’s almost certain that the portrait to which Vasari referred was La Velata by Raphael.

La Velata by Raphael is housed in Florence in the Palatine Gallery of the Pitti Palace.
The portrait was painted in Rome, probably soon after Raphael moved from Florence, in 1512. But, actually, as soon as the painted was completed, it was moved to Florence to enter the collection of Matteo Botti.

DESCRIPTION OF LA VELATA BY RAPHAEL

La Velata by Raphael is an elegant woman, wearing a very fancy silk dress and decorated with golden embroidery.
The title of the painting derives from the veil, maybe a linen veil, worn by the woman on her head.

The face of the woman is realistic and the details, also in her clothing, show a particular attention to the execution of the painting. In particular, who observes La Velata is impressed by the folds and the play of light of the fabric of the left sleeve.
An expedient that contributes to make the whole composition less rigid.

If the term Velata, from which the name of the painting is derived, refers to the veil on the woman’s head, we don’t know why Raphael chose to use this specific element. In fact, at first glance, you may think that the woman represents the Virgin Mary.
However, the veil over the head in the 16th century was an element used both by married women and mothers.
Did the client ask Raphael to paint a portrait with these features? Or did the artist paint the painting, which later was bought by an art and beauty lover?

Many are the questions and mysteries about this work and life and works by Raphael, but maybe one day we’ll unravel them all. 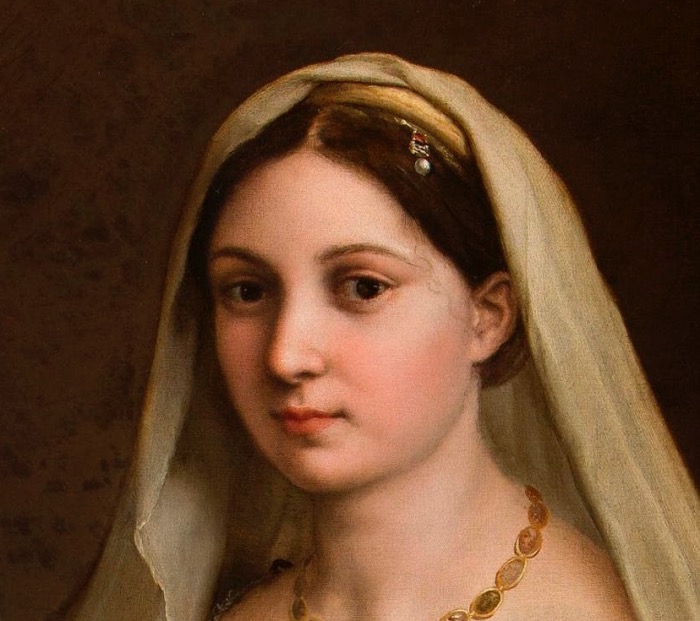