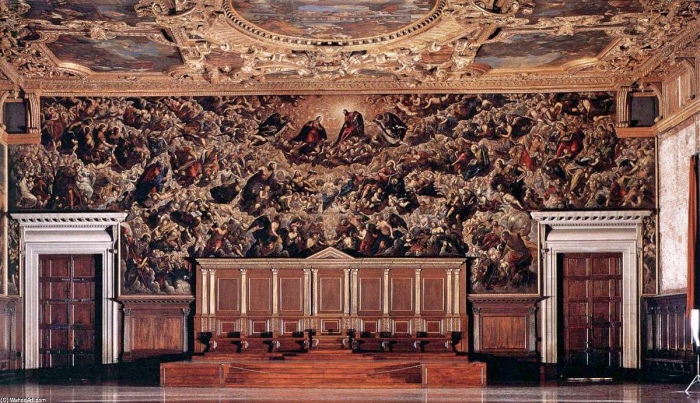 WHERE TO SEE TINTORETTO IN VENICE: THE PLACES TO VISIT

Where to see Tintoretto in Venice and not to miss out his most beautiful masterpieces?
The museums but especially the churches, the religious and laic institutions, the palaces of power house the works of the last artist of the Venetian Renaissance.

You should write a book to know where to see Tintoretto in Venice without missing out even one of his works, and to admire them you should spend many days in Venice. So, I decided to suggest you the most important works, those masterpieces by Tintoretto you must see.

Where to see Tintoretto in Venice 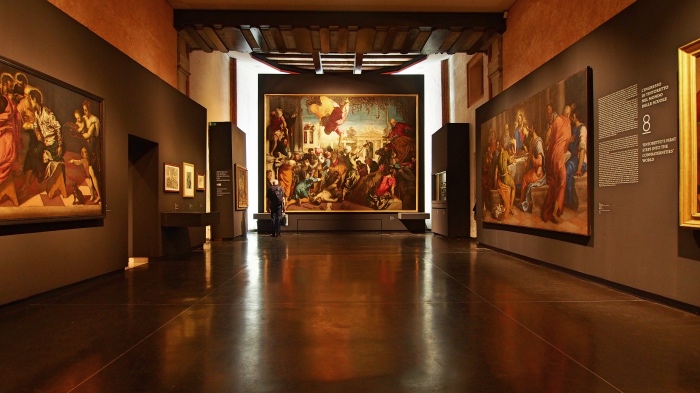 The Miracle of the Slave, Gallerie dell’Accademia

An article appeared in Expedia Explore Magazine inserts the landmarks of the city among the places you can’t miss out in Venice and starts from St. Mark’s Square, which is also our starting point to make this journey to know where to see Tintoretto in Venice.

WHERE TO SEE TINTORETTO IN VENICE: FROM ST. MARK TO THE SCUOLA GRANDE DI SAN ROCCO

The Doge’s Palace is the first place where to see Tintoretto in Venice.
Home and symbol of the government of the Republic of Venice, Tintoretto was capable of achieving a leading position among the painters who were commissioned to decorate the rooms of the Palace. The works he painted between 1550 and 1560 were destroyed in two fierce fires but he accepted to get back to work to restore the most important building in Venice to its ancient splendour.
The work you can’t miss: the “Paradise” painted almost entirely by his son Domenico who followed his father’s project. It’s a huge painting placed behind the Doge’s throne and therefore it gave the solemn assemblies of the Maggior Consiglio (the Great Council of Venice), the political organ of Venice, more symbolic strength.

The Church of the Madonna dell’Orto is located a few steps from the palace where the artist lived and in this church he was buried together with his daughter Marietta and his son Domenico.
The works housed here are fundamental to know his artistic career, some real masterpieces in which Tintoretto flaunts his ability to create scenes full of movement and with new perspectives.
The works you can’t miss: the “Presentation of the Virgin in the Temple” (1556) and the “Last Judgement” (1559-1560).

The Gallerie dell’Accademia, founded during the Napoleonic Era in order to collect the works which could educate the future generations of artists, house many important works of Tintoretto’s early working life.
The works you can’t miss: “The Miracle of the Slave” (1548) was painted by Tintoretto at the age of 29 and thanks to this painting he made a big name for himself on the art scene. When the work was exhibited to the public it was praised but also criticized because it was too theatrical and dynamic.

The Scuola Grande di San Rocco is the last place where to see Tintoretto in Venice I recommend you. Not because it is less important than the others, but because it is the building representing the peak of his art.
Founded in 1478, the Scuola Grande di San Rocco houses the most majestic and amazing cycle of paintings in Venice painted by Tintoretto, indeed.
There are over 60 paintings in their original places, which Tintoretto painted over more than twenty years.
The first painting is a tondo on the ceiling depicting “Saint Roch in Glory” (1564), donated by the artist himself as a sign of devotion.
Among the works you can’t miss: the Crucifixion, the Ecce Homo, the Annunciation, the Massacre of the Innocents, and the Adoration of the Magi. 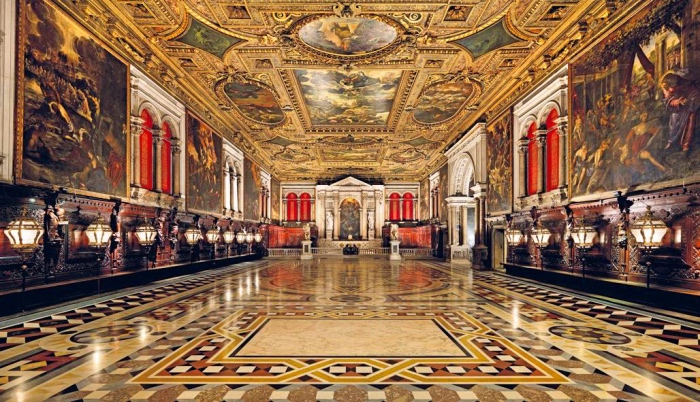 There are still many buildings where to see Tintoretto in Venice and going in search of them means making a journey into Venice’s least-known places.
But the least tourist itineraries hold the greatest surprises.
Are you ready to discover Tintoretto and the authentic Venice?

2 thoughts on “Where to see Tintoretto in Venice”