BACK PORTRAITS: THE WORKS OF BRUNO MELAPPIONI

Portrait artist and nude painter, in Bruno Melappioni’s works both genres are mixed.
What is the point, in fact, of capturing the face and bust of a man or woman if not to affirm their status, prestige, character, or inner motions?
But if all that appears on canvas are nubs, hair, and hinted profiles, can one still speak of a portrait?
The same applies to the body.

The works of Bruno Melappioni 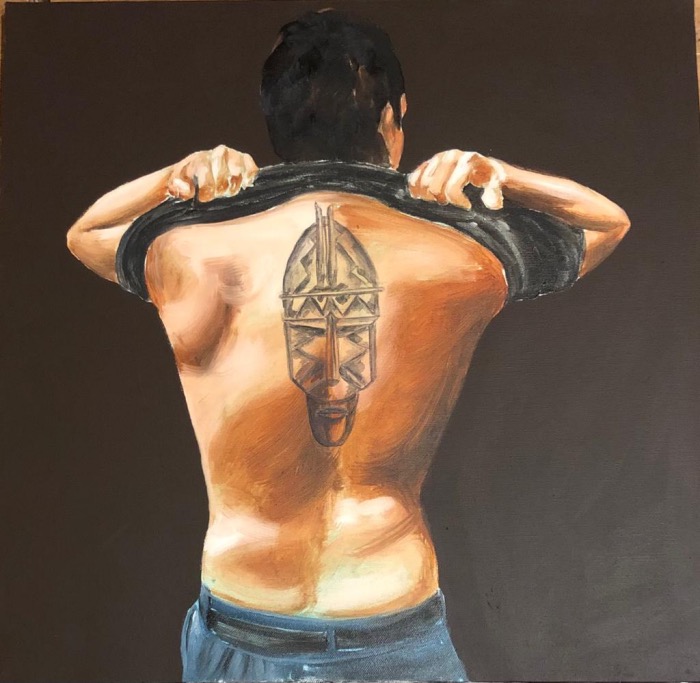 Bruno Melappioni’s works are a continuous play with ‘see-through’.
His are ‘Back portraits‘ or portraits of people caught from behind because the back is the part of us that we do not know and never see. Depicting it helps us discover our own dark side, the unlived.

Who are the subjects portrayed in Bruno Melappioni’s works?
They are friends, girlfriends, studio frequenters, professional models and simple acquaintances.
No one is playing a role, but they are showing and sharing an intimate part of themselves.
Eros permeates every centimetre, is poured onto the canvas, and is also the thread running through most of the stories that emerge from his works.

Sculptor, multifaceted and prolific master, Bruno Melappioni began as a painter, choosing women’s bodies as his favourite subject. Since the late 1980s, he has devoted himself entirely to three-dimensional forms made of wire and has continued to use painting to reproduce works from the past. A meticulous, laborious process, which he has carried with him into his commissioned works (portraits, mainly), the only ones to come out of the studio to date.
Three decades later, a new oil painting corpus comes to life: the Back portraits summarise half a century of research and bring with them an unprecedented technical, conceptual and stylistic evolution.

The first Back portraits, an oil on canvas dated 2002, started as a commission and was not followed up until 2019, when the actual work got underway.

THE WORKS OF BRUNO MELAPPIONI ON SHOW

31 bodies, 31 stories. A sequence of details, gazes, hands, folds of flesh, garments delicately slid to reveal centimetres of skin, gives life to an intimate and silent exhibition that tells of eros, introspection and magic.
In the Retroritratti presented by Art G.A.P. Bruno Melappioni merges image and writing to narrate the relationship between artist and model and the tension behind painting.