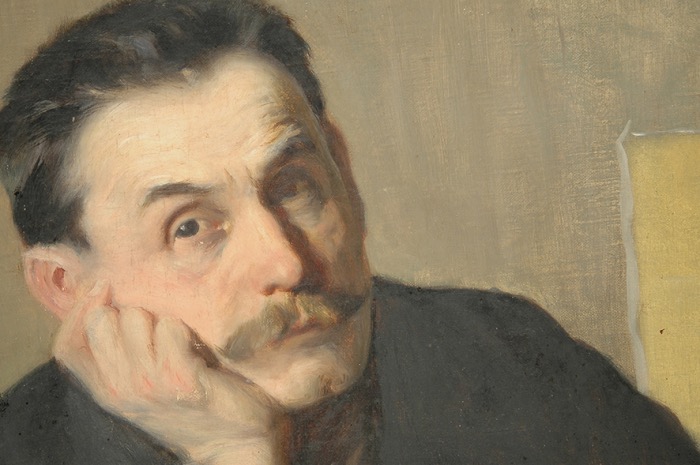 THE WORKS OF LUIGI CIMA AMONG THE MASTERS OF REALITY

Luigi Cima was born in Villa di Villa, now the municipality of Mel (Belluno) on 5 January 1860.
After completing his technical studies in Feltre, he moved to Venice to enrol at the Academy of Fine Arts.

He mainly devoted himself to scenes of working life in the countryside and mountains of the Feltre area, to landscapes animated with figures of acute realism, to scenes of Venetian life and to portraits.

The works of Luigi Cima 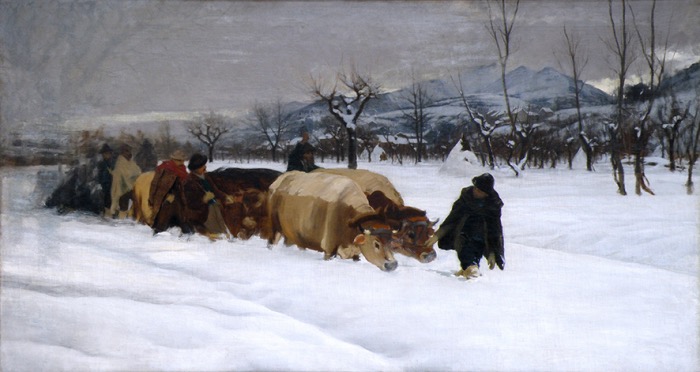 LIFE AND WORKS OF LUIGI CIMA

After completing his artistic studies, Luigi Cima began to take part in the main national painting exhibitions in the early 1880s.
He made his debut at the Permanente in Venice in 1881 with works that won him numerous plaudits.

The painting “Il ritorno dal pascolo” (Return from the Pasture), shown at the 1884 exhibition in Turin, was bought by the Galleria Nazionale d’Arte Moderna in Rome.
In the same year he also took part in the Permanente in Milan and in the exhibition of the Società di Belle Arti in Verona, with “Rio dei secchi” and “Cortile rustico”.

Cima, working as a draughtsman in the studio of the sculptor Dal Lotto and at the same time taking part in Venetian artistic life, met and became friends with a group of artists such as Giacomo Favretto, Guglielmo Ciardi, Luigi Nono, Bartolomeo Bezzi and Alessandro Milesi.

In 1886 he exhibited three works at the first Permanente exhibition in Milan, including “Interno di San Marco a Venezia” (Interior of St. Mark’s in Venice) (Preghiera a San Marco), which was bought by Commendatore Federico Milyus. This was
followed by the Venice exhibitions of 1887, where Cima exhibited “Beniamino” and “Angosce materne” (Maternal anguish), “Estate e Aprile” (Summer and April), clearly indebted to the painting of Luigi Nono. He took part in the 1891 exhibition in Munich with “Il lavoro dei campi” (Work in the Fields) and “Il ritorno dal mercato” (Return from the Market), a description of daily life in his home town. He
took part in the 1895 Venice Biennale with “Nevicata e Vacche alla pozza” (Snowfall and Cows at the Waterhole) and in the 1897 Biennale with “I fabbri” (The Blacksmiths).
In the same year in Verona he presented “La capraia” (The Goatherd), while at the National Exhibition of Turin in 1898 he presented “Alla sagra del villaggio” (At the village festival). In Milan in 1900 he presented “In primavera” (In Spring).

After the Veronese exhibition in 1902, with the works “Last Days of Autumn” and “The Vigil of the Poor”, Luigi Cima was bitterly disappointed by his exclusion from the 1903 Venice Biennale. He exhibited there again in 1905 (Winter) but then withdrew to his home town and never exhibited again.

The artist died in Belluno on New Year’s Day 1944, four days short of his 84th birthday. 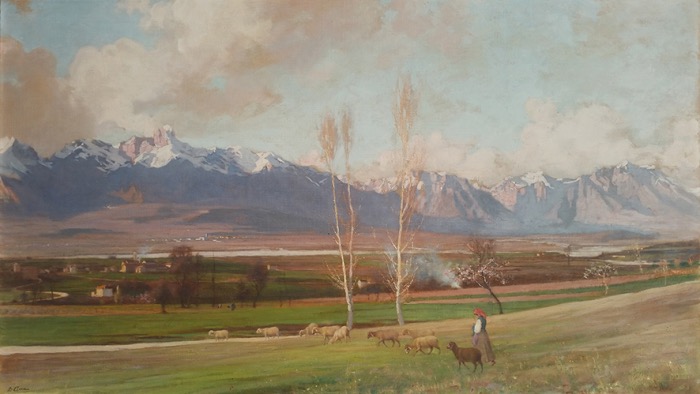 EXHIBITION OF WORKS BY LUIGI CIMA

From 12th March to 5th June 2022, the anthological personal exhibition dedicated to Luigi Cima will take place at Palazzo delle Contesse in Mel, Municipality of Borgo Valbelluna, on the occasion of the 160th anniversary of the artist’s birth.
On this occasion it is possible to admire Luigi Cima’s works and a reconstruction of the painter’s studio, with the exhibition to the public of personal documents kept in the Luigi Cima historical archive (Oratorio di Lentiai).

The exhibition covers the period from the last decades of the 19th century, the years of the artist’s formation, to his death in 1944, and aims to celebrate his figure.

The exhibition, “Luigi Cima tra i maestri del vero” (Luigi Cima among the masters of truth), is organised by the Borgo Valbelluna Municipality, in collaboration with the “Luigi Cima” Historical Archive and the ArtDolomites Cultural Association, and is curated by art critic Antonella Alban. 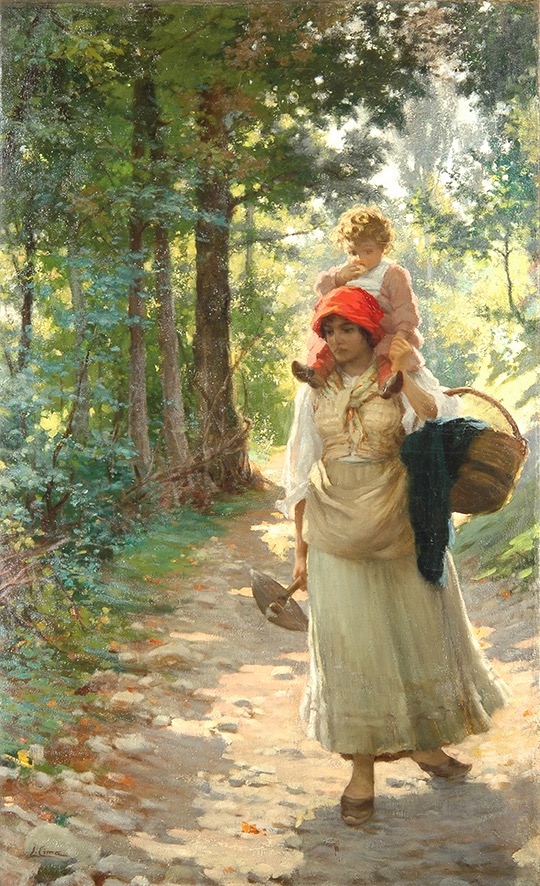