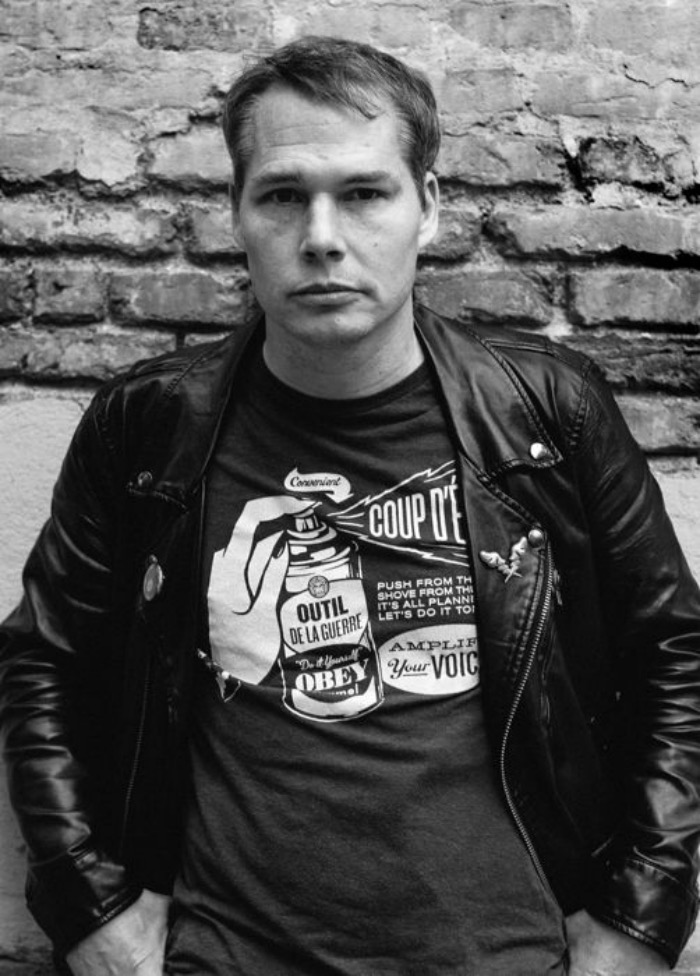 THE REVOLUTION IN THE WORKS OF SHEPARD FAIREY, OBEY

The works of Shepard Fairey, better known as OBEY, are ironic, propagandistic and iconic.
He is one of the most famous American artists in the world, whose images have become part of the collective imagination and whose stage name, OBEY, has also become a well-known fashion brand.

Shepard Fairey is probably the most influential artist in the American world because he has never been afraid to expose himself politically and to give voice to thorny social issues such as climate change or wars. 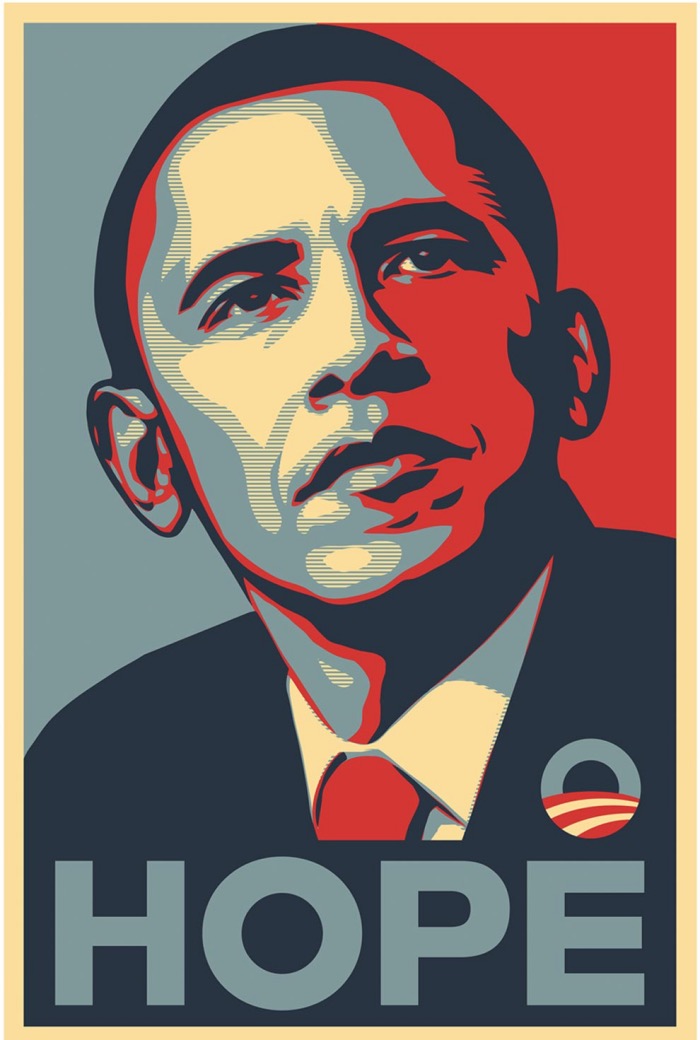 Shepard Fairey was born in 1970 in South Carolina.
The artist became famous with the work HOPE, created for Barack Obama’s presidential campaign in which he portrayed the face of the first African-American president of the United States.

However, Shepard Fairey’s name is often less well known than the artist’s other stage name. He is also known around the world as OBEY GIANT. This name is derived from the 1989 sticker campaign ‘André the Giant has a Posse’, which he created when he was still a university student.

Shepard Fairey made a sensational gesture and plastered the streets of Providence with the face of French wrestler André the Giant on over a million stickers. The aim was to create an uproar and encourage reflection on the relationship with the urban environment.
From that gesture OBEY was born.

Indeed, in 1994, the risk of a lawsuit for using a name he did not own the rights to forced him to stylise the portrait and change the name to OBEY, which means ‘to obey’.
The editing operation had the effect of turning the message into a revolutionary call to rebel against the system.

Over the years, Shepard Fairey has remained faithful to social issues and created pacifist posters during the US-Iraq war. 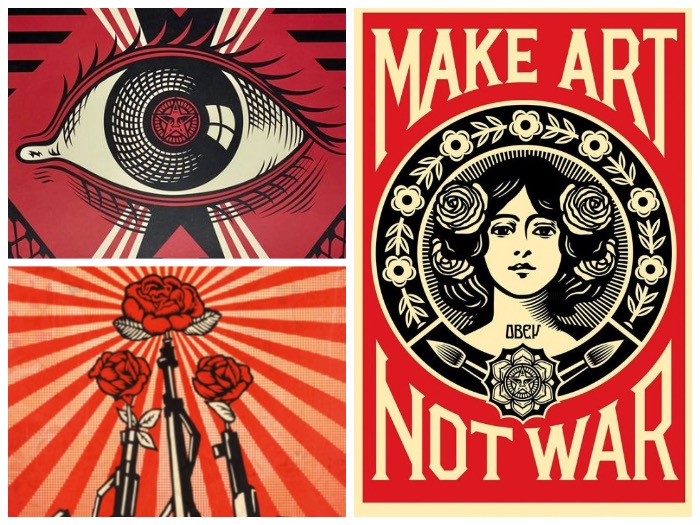 THE WORKS OF SHEPARD FAIREY

With an unmistakable style inspired by Futurism and early 20th century Soviet graphics, Shepard Fairey traverses the graphic tradition of European dissident and avant-garde art.
However, his artistic versatility is not only limited to taking up models from the past, but also to using different and unique materials and techniques.
He often uses techniques such as collage, silk-screen printing on various types of support such as wood or aluminium, HPM on paper and even vinyl covers.

HOPE is the iconic work of Shepard Fairey (OBEY). A poster reproducing the face of future President Barack Obama in quadricomy, it has become the symbol of the electoral campaign and has been defined as the most beautiful political illustration in American history, second in importance only to that of “Uncle Sam”.

In 2001, Shepard Fairey founded the fashion brand Obey Clothing, which aims to disseminate his work worldwide and in different media.
In just a few years, he has created a collection of sweatshirts, t-shirts and accessories with an urban style that has conquered entire generations.

Shepard Fairey, OBEY is therefore an artist, a designer and a pop icon, becoming the heir of a type of artist engaged on several fronts and whose forerunner was Keith Haring, who even when he was alive made shoes, watches and accessories decorating them with his own drawings.
With his work, however, he went further and became the most important representative of the new American and global street art. 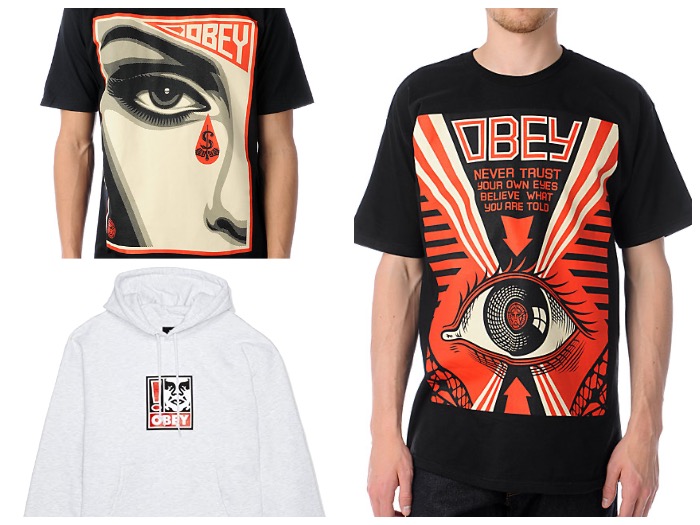 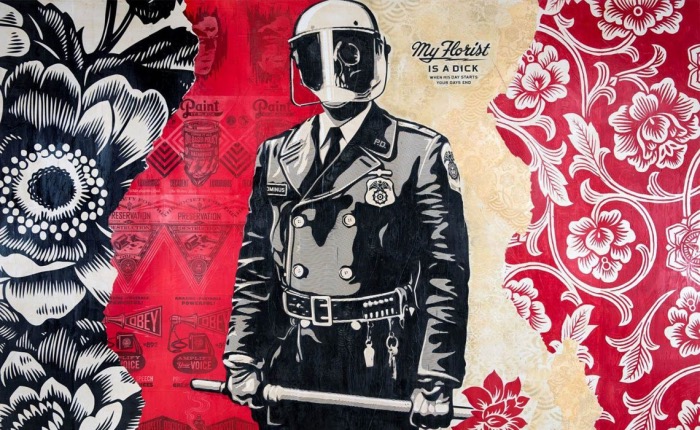 THE WORKS OF SHEPARD FAIREY (OBEY) IN ITALY

From January29 to 22 February 2022, Shepard Fairey’s (OBEY) exhibition ‘Strategies for a revolution’ will be on display at the Wunderkammern gallery in Rome.

Wunderkammern inaugurates its new premises with Shepard Fairey, one of the key artists in the history of Street Art, whose art has shown the evolution of a movement and its languages: from stickers to the creation of posters that cover the walls of cities.

Shepard Fairey returns to Italy with the exhibition “Strategies for a revolution”, which includes a series of previously unseen works, personally selected by the artist, touching on the most important themes of his career between underground culture and political activism, inviting the spectator to question and reflect on the system of contemporary society.

The works on show all revolve around one of the great themes of Shepard Fairey’s poetics: power, which the artist represents in all its facets and meanings, both as a form of political tyranny and as a drive capable of freeing the masses from their oppressors.