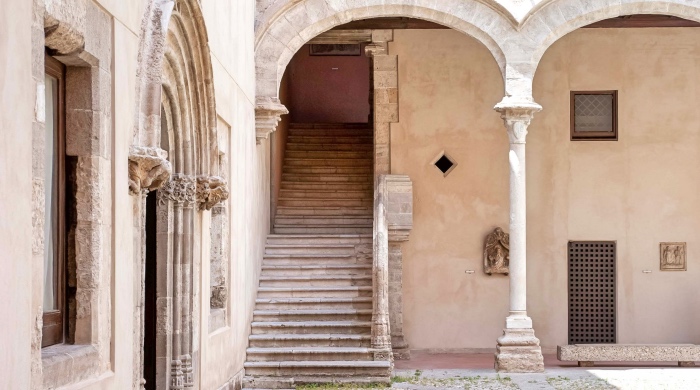 The Abatellis Palace is home to the Regional Gallery of Sicily (the art gallery of the Sicily region), that is the largest collection of Sicilian artworks from Romanesque to Baroque.

The museum is located in Palermo (in the Kalsa quarter) inside an ancient noble palace, the 14th-century residence of Francesco Abatellis and later, from 1526, home to a convent of cloistered nuns.
It was only after XXII that the Abatellis Palace was transformed into a museum, where great masterpieces have found their suitable place, also thanks to the restoration carried out by architect Carlo Scarpa.

READ ALSO: What to see in Palermo. 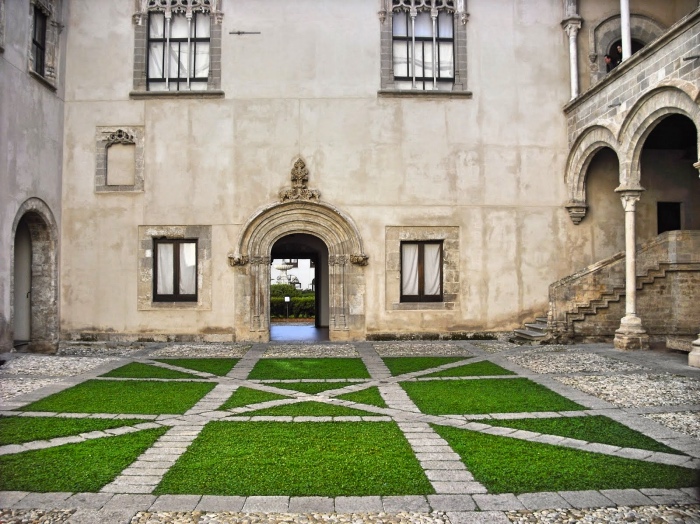 The collection housed in the rooms of the Abatellis Palace illustrates the history of Sicilian art between the 12th century and the 17th century, displaying amazing artworks such as the “Virgin Annunciate” by Antonello da Messina.

The Abatellis Palace houses and displays extraordinary masterpieces, but there are three works you can’t miss.

The large fresco of the “Triumph of Death” (which is dated around 1445), coming from the Sclafani Palace, which portrays the Death riding a skinny horse that throws young people and ladies into panic, but spares a group of poor and helpless people.

The “Virgin Annunciate” by Antonello da Messina, considered one of the masterpieces of Italian Renaissance, and one of the highest peaks reached by the artist, who drew inspiration from Flemish painting for the three-quarter pose and the dark background.

The sculpture by Francesco Laurana portraying “Eleanor of Aragon” (1468) draws inspiration from the models of ideal beauty by Piero dalla Francesca and Antonello da Messina.

Opening times: from Tuesday to Friday: 9 am-6.30 pm; On Saturdays, Sundays and public holidays: 9 am-1 pm. Closed on Mondays.