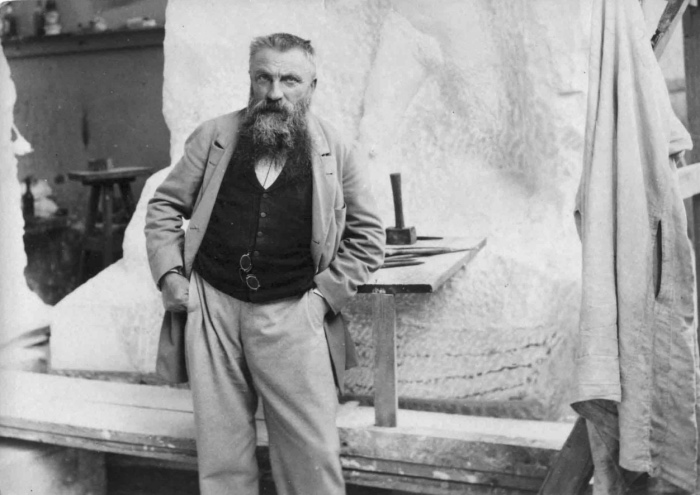 Auguste Rodin sculptor, one of the most famous French sculptors ever, is the artist who moulded the matter to transform it into passion and energy.
At the beginning his artistic career faced great difficulties, because his works were too modern for that time.

His passion for Michelangelo and Italian Renaissance art led him to create some sculptures which seemed to be unfinished, but which were extremely realistic.
Actually, Rodin used Michelangelo’s “unfinished” style in order to put in his works all the tension he could. 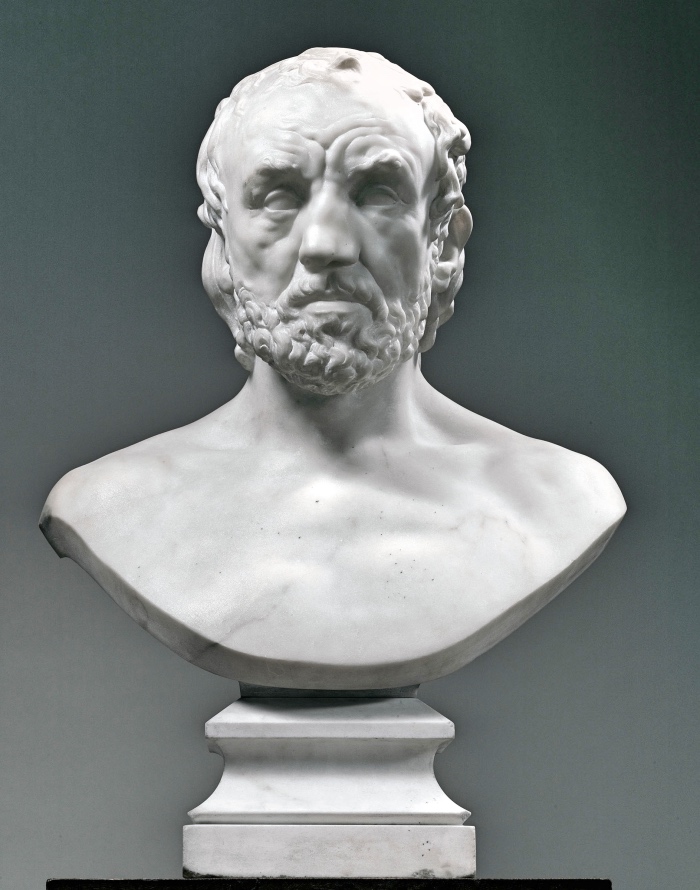 1. WHEN AUGUSTE RODIN WAS BORN

Rodin was born in Paris in 1840.
He didn’t succeed in passing the entrance examination at the École supérieure des beux-arts several times, and in 1864 entered as a rough-hewer the studio of A.E Carrier-Belleuse, with whom he worked for a long time in Paris (1864-71) and then in Brussels (1871-77).

2. RODIN SCULPTOR AND HIS JOURNEY TO ITALY

Rodin’s main source of inspiration was the great Italian Renaissance masters such as Michelangelo Buonarroti and Donatello.
His journey to Italy in 1875 was a turning point in his style and career.
In fact, after that journey Rodin created artworks such as “The Age of Bronze”, inspired by Michelangelo’s “Dying Slave”, which, however, received harsh criticism because of its excessive realism.
Auguste Rodin was accused of having made the statue by casting a living model and not by carving it by hand.

In 1880 Rodin got his first important commission from the French government.
He was commissioned to make a pair of decorative bronze doors for the “Musée des Arts Décoratifs”, a monumental work for which Rodin drew inspiration from Dante’s Divine Comedy.
From the studies and models Rodin made for this work derived a series of masterpieces, becoming his most famous sculptures such as: The Kiss, Adam, The Three Shades, Eve, Sorrow, and the famous the Thinker by Rodin. 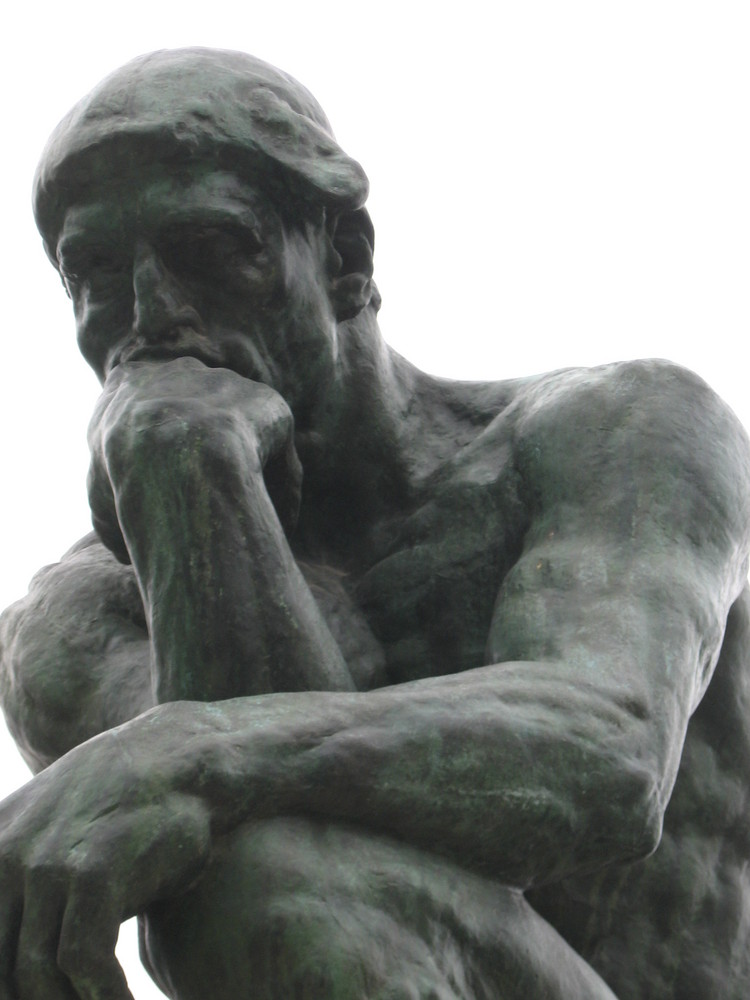 4. THE THINKER BY RODIN

One of Rodin’s most famous sculptures is The Thinker, conceived as a figure for the bronze doorway for the “Musée des Arts Décoratifs”, which represents Dante while thinking and which, seen on its own, has become the universal symbol of artist’s creativity.

The other well-known sculpture by Rodin is “The Kiss”, a sculptural group depicting the love between Paolo and Francesca narrated by Dante in Canto V of Inferno.
Actually, this work represents Auguste Rodin’s deep love for his pupil Camille Claudel.

The love story between Rodin and Camille Claudel lasted about ten years and was a painful love affair, but also an intense artistic friendship, and in many works of the artist is hard to understand who the real author is.

READ ALSO – The Kiss by Rodin: where you can admire 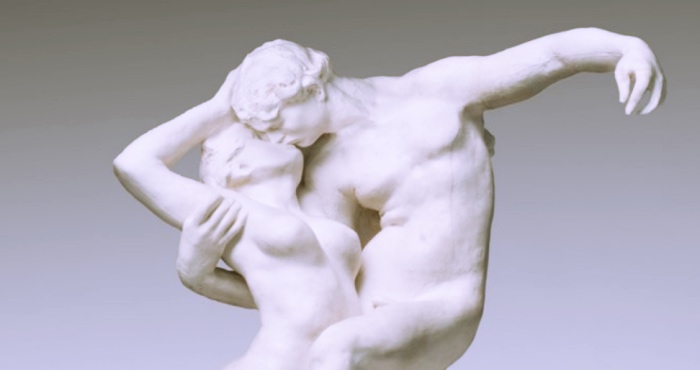 READ ALSO – Rodin and Camille Claudel: a love and an art story