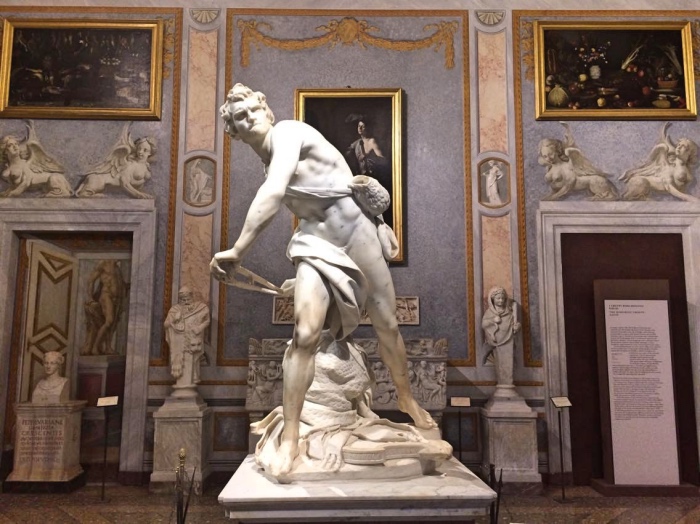 DAVID BY BERNINI: 5 THINGS TO KNOW

When I saw David by Bernini for the first time I didn’t know anything about art history and the artist who carved it.
I was a little child and my parents dragged me to the museum housing it, and the statue seemed beautiful to me; rather it reminded me another sculpture, which a few years later I found out that it was called “Discobolus”.
In this post I’ll tell you 5 things to know about David by Bernini and I’ll explain why this work is so extraordinary.

5 things to know about David by Bernini 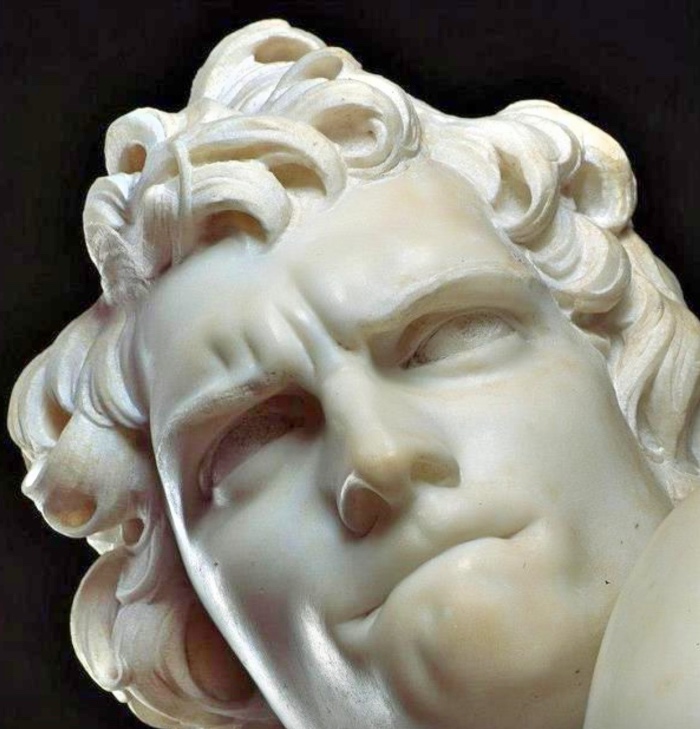 1. WHEN AND WHY DAVID BY BERNINI WAS CARVED

Starting from 1618 Cardinal Scipione Borghese, the most important patron ad art collector of that time, commissioned the young artist a series of sculpture to be placed in his Roman residence, which today is one of the most important museums in Rome: the Borghese Gallery.
The only sculpture of the series dedicated to a religious subject is David, portraying the Biblical hero caught right in the moment before defeating the giant Goliath.

2. DESCRIPTION OF DAVID BY BERNINI

The most famous David in art history is certainly David by Michelangelo and Bernini making his sculpture knew that he had to measure against the statue considered the most beautiful sculpture ever.
But the artist decided to distance himself from Michelangelo’s model, which portrays the hero after the victory, in order to represent David right in the moment when his entire body is about to make the heroic gesture. His body seems to twist and each detail expresses energy and tightness.

3. HOW BERNINI MADE DAVID

All David’s body and face muscles are contracted.
But how could the artist carve the marble and describe a so important gesture?
It seems that Bernini carved the statue looking in the mirror and using himself as a model to make the eyes which narrow to take aim, the flared nostrils, the wrinkled forehead, pursed lips and hair moved by the same wind which moves David’s cloak.

4. COMPOSITION OF DAVID BY BERNINI

The Biblical subject of David by Bernini was an opportunity to make a complex sculpture which could describe a body while moving.
Legs are open wide, the body is rotated and bent on the chest, the twisted body highlights the boy’s muscles, which occupy the entire space and, rather, observers seem to be right at the centre of attention and imagine the presence of the giant Goliath, David’s enemy, who is about to be hit.

5. WHERE AND HOW TO ADMIRE DAVID BY BERNINI

The work, commissioned in 1623, was already completed in 1624 and was placed on the ground floor of Villa Borghese, where is still on display.
As soon as it was exhibited to the public, Bernini’s contemporaries were impressed by the artist’s remarkable skills who, at that time, was 25 years old.
To admire the statue, you’d better book your admission ticket to the Borghese Gallery which has visiting procedures and it often doesn’t allow you to buy your ticket the same day of the visit. 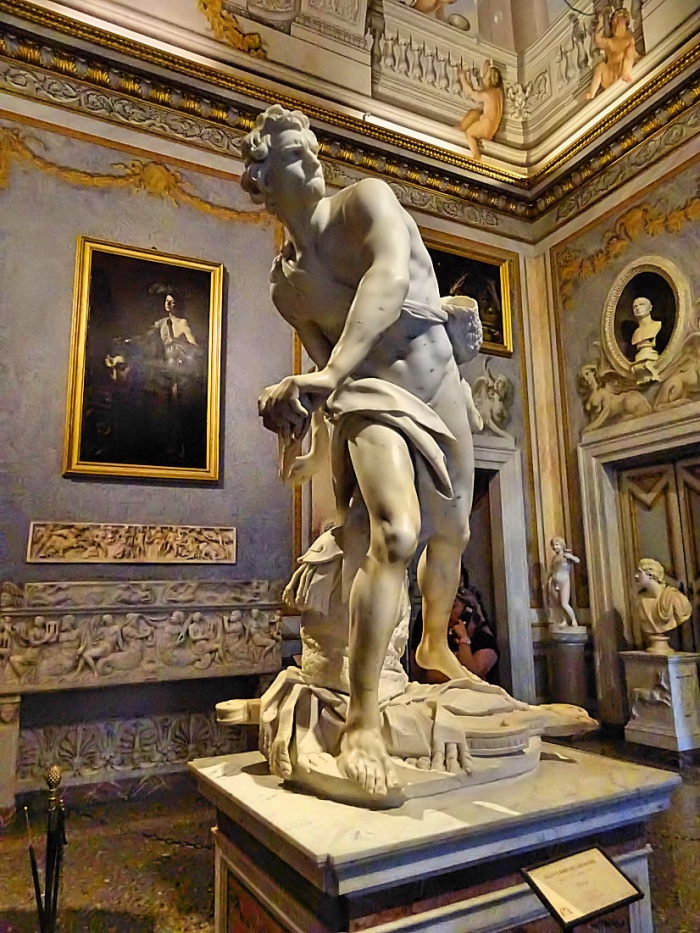