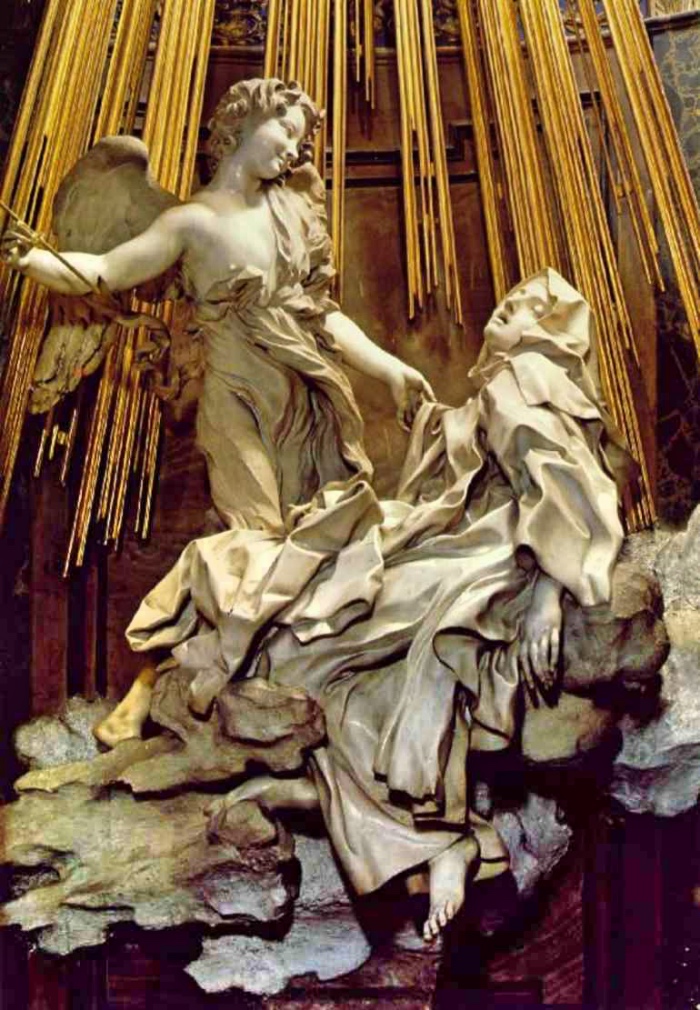 ECSTASY OF SAINT TERESA BY BERNINI: 5 THINGS TO KNOW

The Ecstasy of Saint Teresa by Bernini, also known as “Transverberation of Saint Teresa”, is the work than more than others describes the religiousness of the 17th century, made up of mystical experiences which involve both spirit and body.

In this post I’ll talk about the work by Gian Lorenzo Bernini in 5 points. 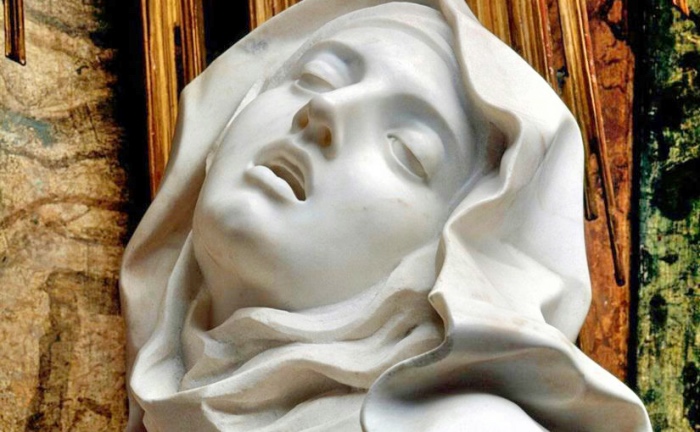 1. WHEN THE ECSTASY OF SAINT TERESA BY BERNINI WAS MADE

The Ecstasy of Saint Teresa was carved by Bernini, one of the most important artists of the Baroque art, starting from 1647 (he completed the work in 1652).
Bernini was commissioned the sculpture by Venetian Cardinal Federico Cornaro, who wanted to place it in the family chapel inside the Church of Santa Maria della Vittoria in Rome.
The Church belonged to the Order of the Discalced Carmelites, founded by Saint Teresa herself in 1622, and Gian Lorenzo Bernini made a sculptural group which conveys all the spiritual turmoil described by the Saint in her writings.

2. DESCRIPTION OF THE ECSTASY OF SAINT TERESA BY BERNINI

The sculptural group, pure white, is illuminated by the natural light coming from a recess, invisible to viewers, reflecting off golden rays which seem to come down to the Saint and an angel, suspended in mid air.
Gian Lorenzo Bernini describes the mystical ecstasy of Saint Teresa, she described in her writings. In fact, the Saint wrote that she saw an angel piercing her heart, lighting it with God’s love.

3. ARCHITECTURE AND SCENOGRAPHY OF THE ECSTASY OF SAINT TERESA BY BERNINI

The scene depicted by Bernini is theatrical and the viewer seems to witness the show of Faith.
In addition, on the sides of the chapel you see some shelves with characters looking at the scene. They are the members of the Cornaro family who look at the miracle like they were at the theatre, and each one is a sculpture of a larger sculptural group. 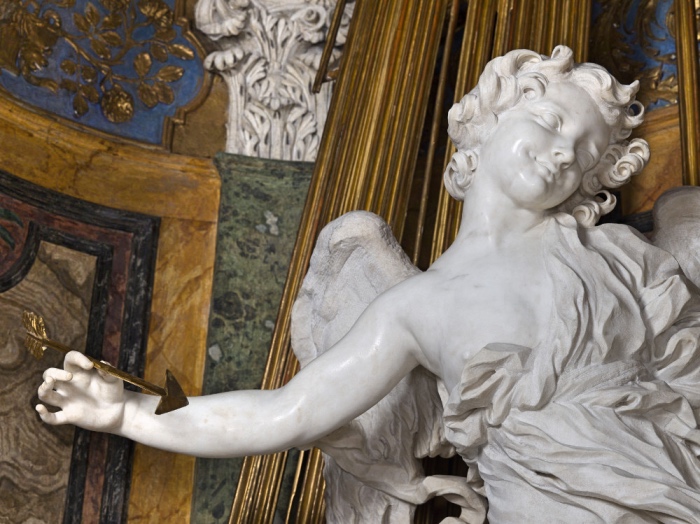 4. THE IMPORTANCE OF THE ECSTASY OF SAINT TERESA BY BERNINI IN ART HISTORY

The Ecstasy of Saint Teresa by Bernini is the work which more than others represents the artist’s desire to combine all arts: architecture frames the scene, sculpture describes the mystical event, and background decorates the recess.
Everything blends into one image involving viewers personally, while light effects make everything spectacular, or better theatrical.

5. THE EFFECT OF THE ECSTASY OF SAINT TERESA BY BERNINI ON HIS CONTEMPORARIES

The sculptural group carved by Bernini, as soon as it was displayed to the public, was defined as the best work he ever did.
Actually, all Bernini’s works are characterized by passion and sensuality that the artist, not even in this sculpture, doesn’t want to hide.
After all, it was for this reason that he achieved success and even at the age of 70, when he was commissioned the Ecstasy of Saint Teresa, describes God’s love as a light pervading body and soul in a turmoil at the limit between ecstasy and death. 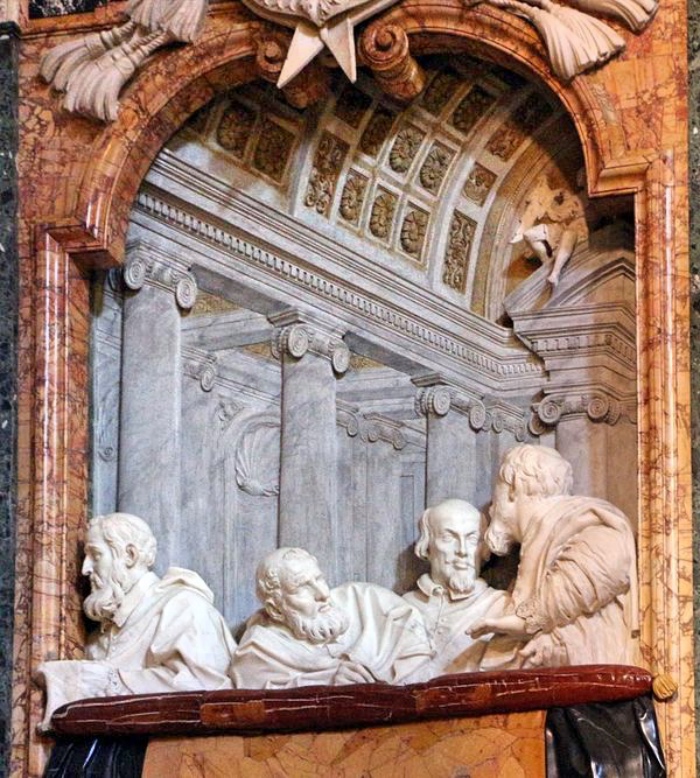