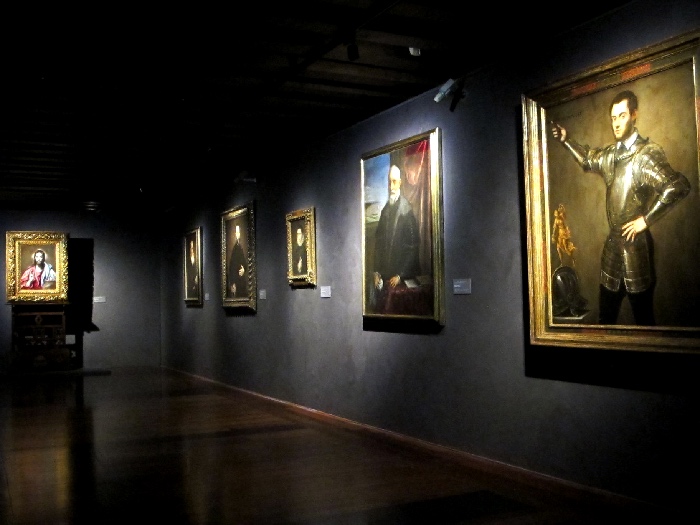 The exhibition El Greco in Italy. Metamorphosis of a Genius organized by Kornice in Treviso at the Casa dei Carraresi, reaches the main goal of the curator professor Lionello Puppi, that is to have the opportunity to study and to try to solve some mysteries which are still wrapped around El Greco’s artistic career and life.

As I wrote in my post El Greco in Italy where you can read my review, the exhibition thrilled me.

Even my readers noticed it when we all together visited the exhibition on January 22nd during the event El Greco with the Art post Blog.
However, the exhibition seems to be an incessant source of discovery, a sort of “work in progress”, capable of transforming the exhibition itinerary in order to host new discoveries.
I think it’s the first time ever an exhibition has given the visitors a good reason to come back and visit it again.

By the way, if you missed the January 22nd event, you can join in another date. A new and special visit will be arranged on April 1st. You’ll find all the information to subscribe to this event in the section Events: Happy hour with El Greco.

The exhibition will show new works, two unpublished works by El Greco and three works that laboratory analyses and analysis of the pictorial style carried out by the Scientific Committee have proved to be authentic.
El Greco painted Penitent Magdalene held at the Museu de Montserrat in Barcelona which was used as the reference model for his whole series of Magdalene; the signature of the master on the icon of Saint Demetrius has been proved to be authentic; the attribution of the Ciborium of Bettona has confirmed that the painter stayed in Umbria and maybe ran his own workshop.
The identity of the nobleman depicted in Portrait of a Gentleman, the painting that has been recovered lately, after it was confiscated by the Nazi during World War II, has been revealed. The man has been identified as Antonio II Brancaleoni by his family crest, by a comparison with frescoes painted in the Brancaleoni Castle in Piobbico.
Eventually, a “Crucified Christ” will be on display. It might be the lost Crucifixion painted by Michelangelo Buonarroti and donated to the Roman noblewoman Vittoria Colonna. This work was reproduced and used as a model for various artists, including obviously El Greco.

This piece of art, around which a lively debate revolves, has emerged from the oblivion, thanks to people who visited the exhibition and knew its existence in a private collection. They have been struck by the room of the Crucifixes in which El Greco’s works were in comparison with works by other artists, and have asked for an opinion on the work in question.
Laboratory analyses, historical analyses and analyses of the pictorial style have proved that this painting corresponds to Michelangelo’s drawing held at the British Museum in London, and reproduces the authentic drawing.

Everyone, both scholars and art lovers could enjoy this work on exhibition and maybe could contribute to the study of it. 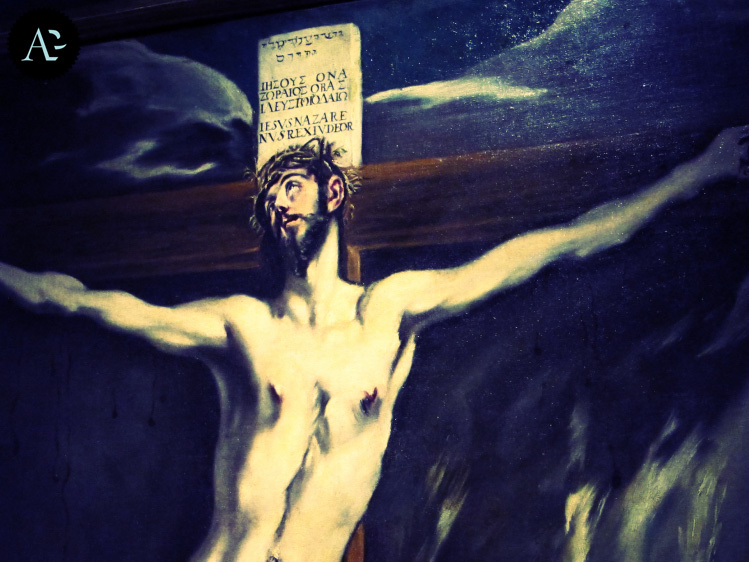 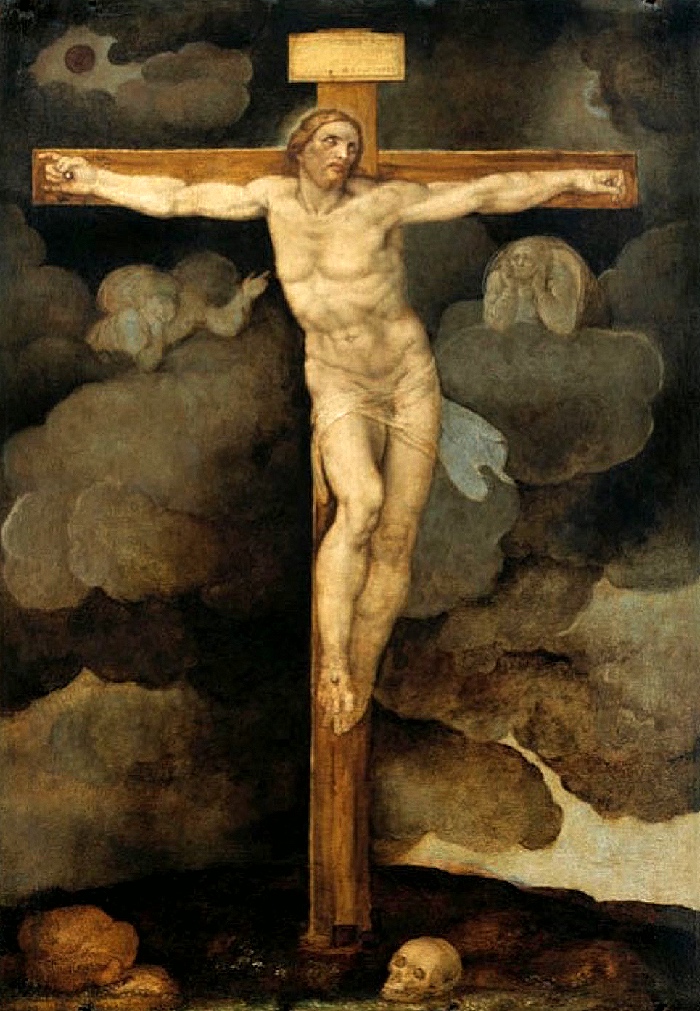 It might be the lost Crucifixion painted by Michelangelo Buonarroti and donated to Vittoria Colonna. 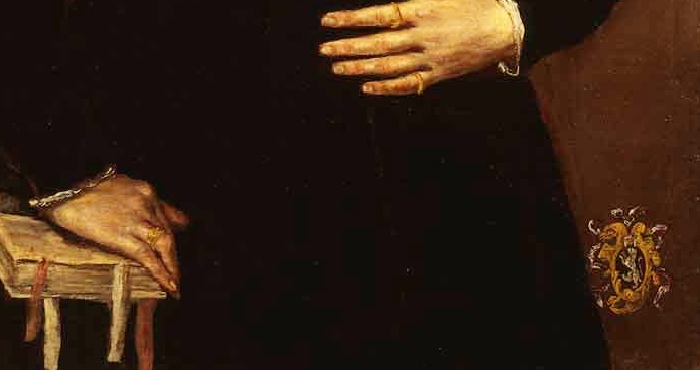 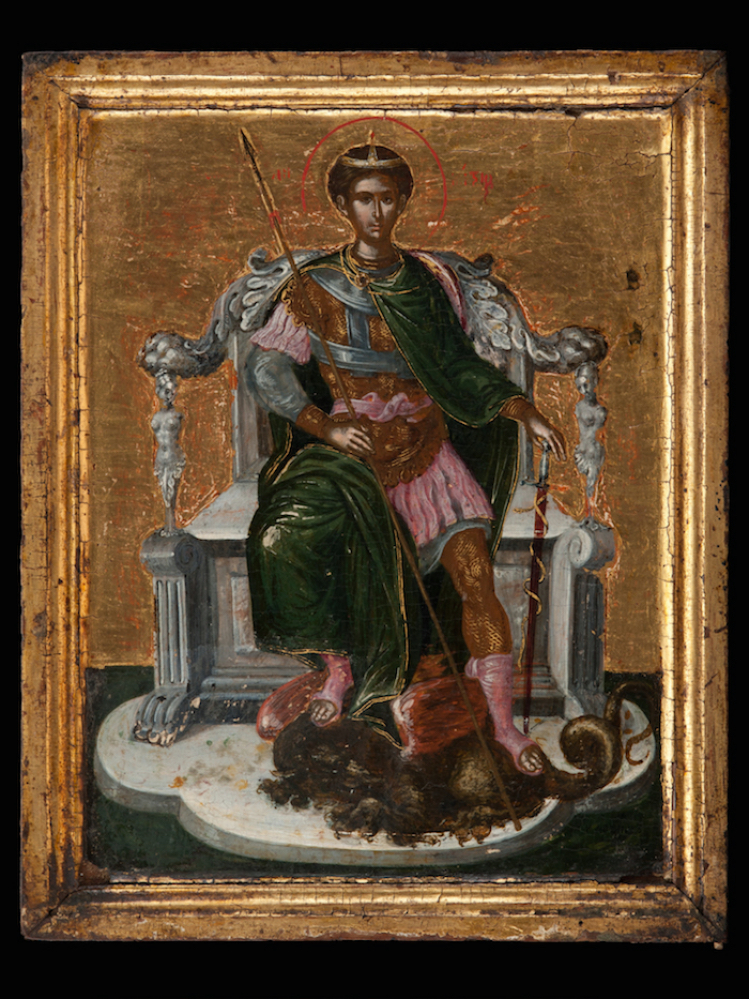