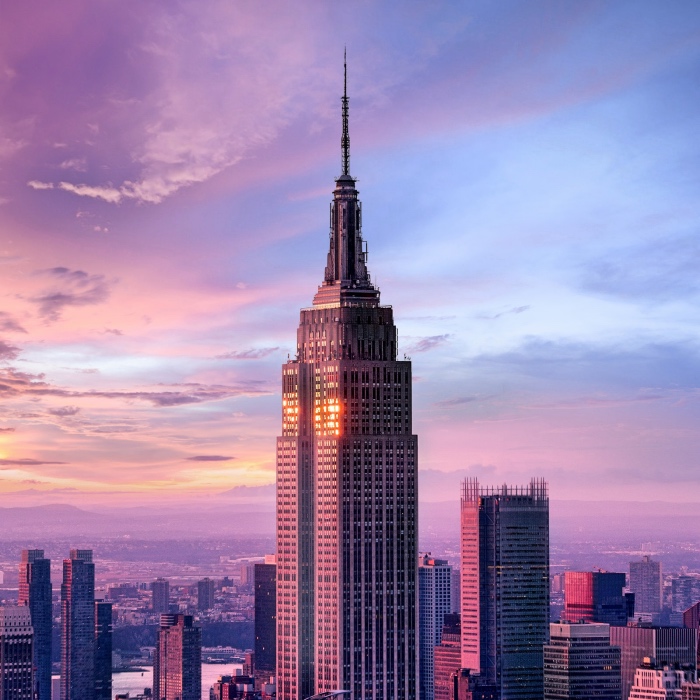 EMPIRE STATE BUILDING TICKETS: HOW TO BOOK AND ENJOY NEW YORK FROM ABOVE

Empire State Building tickets and how to get on the symbol of New York to admire the Big Apple from above.

If you are thinking of visiting New York this is the place you absolutely cannot miss because it is the symbol of the trust of the American people in the future and in their possibilities.
From the top New York will look wonderful to you and a city where everything is possible! 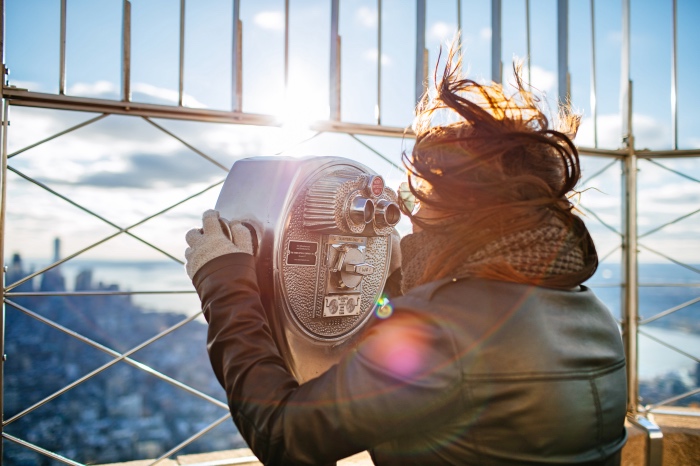 The construction of the Empire State Building began immediately after the Great Depression of 1929, considered the most serious economic crisis and that threw many Americans into absolute poverty.
Precisely for this reason it is considered the symbol of America that does not give up and continues to look ahead, facing every adversity.

EMPIRE STATE BUILDING TICKETS: WHERE TO BUY THEM

Tickets for the Empire State Building can be purchased in 3 ways:

1 – at the museum ticket office, but you may find a rather long line of people in front of you.

2 – online, through the site that allows you to book tickets and skip the line at the entrance and at temporary exhibitions –> Empire State Building: Express Entry

HOW TO GET TO THE EMPIRE STATE BUILDING

The Empire State Building is open daily from 8:00 am to 2:00 am, allowing you to fully enjoy the view of the city.

The most requested time to climb the panoramic terraces is that of the evening to watch the sunset and admire the thousand lights of New York.
If you don’t like the crowd, then, the advice is to book tickets to visit the Empire State Building in the morning.

EMPIRE STATE BUILDING TICKETS: THE HISTORY AND VISIT TO THE SKYSCRAPER

The Empire State Building was built thanks to a group of American entrepreneurs who had bought the land from the buildings where the world’s most famous skyscraper now stands.
The idea was to create a grandiose building company to create modern offices in the heart of New York.

The design of the Lamb & Harmon architects’ studio decided to develop the building in height, creating a skyscraper of a hundred and three floors in Art Deco style.
Work began in 1929, shortly after the Great Depression, and ended in 1931 with a spectacular inauguration in which the President of the United States, Herbert Hoover, took part by lighting the skyscraper lighting through a radio link with the White House.
The history of the construction of the Empire State Building is described in a permanent exhibition on the 80th floor, with original photographs and documents.

The Empire State Building is a building of undisputed historical value but it is also the most beautiful example of the Art Deco style.
The hall is full of decorations typical of the thirties of the twentieth century, including the painting on the ceiling that celebrates the modern era and represents the universe as if it were the set of gears of an assembly line.

Climbing to the top of the Empire State Building means entering a piece of American history and above all admiring from above a city that never seems to stop.
Inside the building there are also two observatories: the first is on the 86th floor, where you can admire the city thanks to a panoramic terrace that runs all around the building; the second is on the 102nd floor and is the highest point from which to admire New York and from this height you can also see the neighboring state of New Jersey. 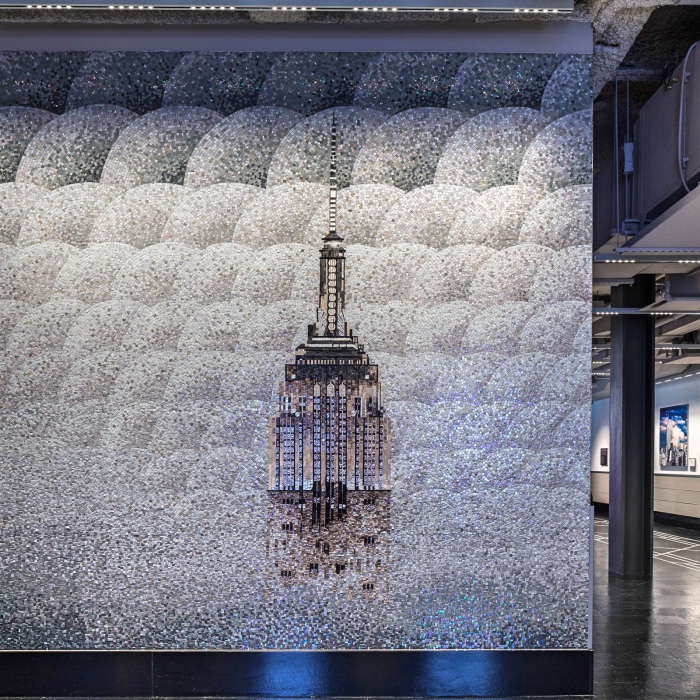