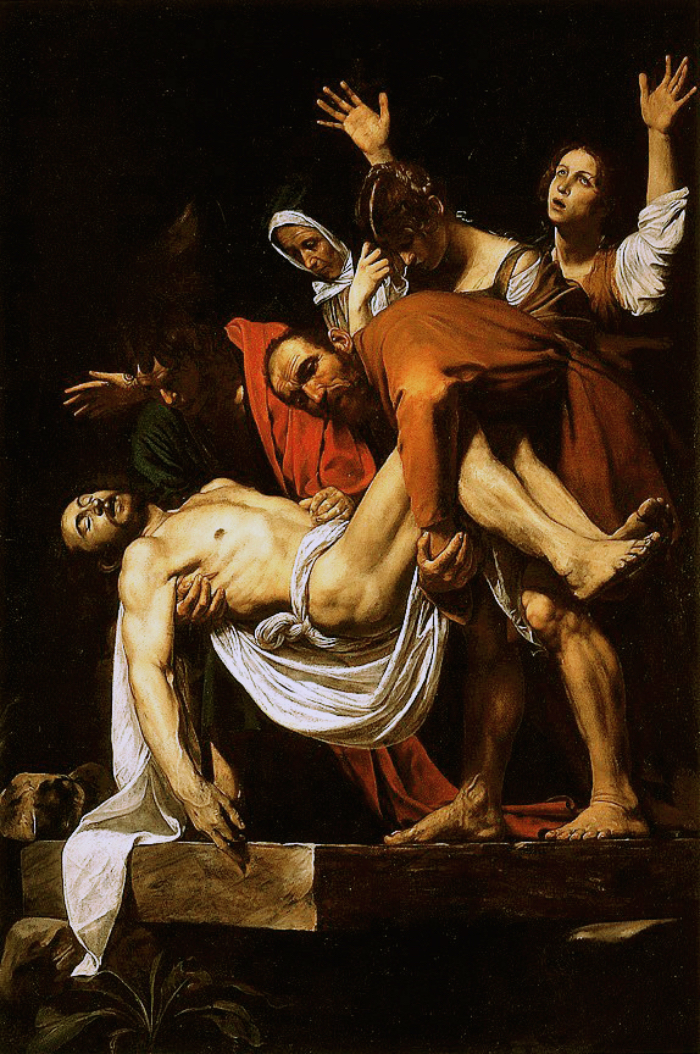 THE ENTOMBMENT OF CHRIST BY CARAVAGGIO: ANALYSIS AND CURIOUS FACTS

Caravaggio was said to be a tormented artist who painted works destined to be both admired and criticized at the same time. But not everyone knows that the Entombment of Christ was the only painting that was met with general approval.

In this post you’ll discover the only masterpiece by Caravaggio that Napoleon confiscated in Rome and that tried, unsuccessfully, to bring to Paris forever.

Entombment of Christ by Caravaggio: analysis and curious facts 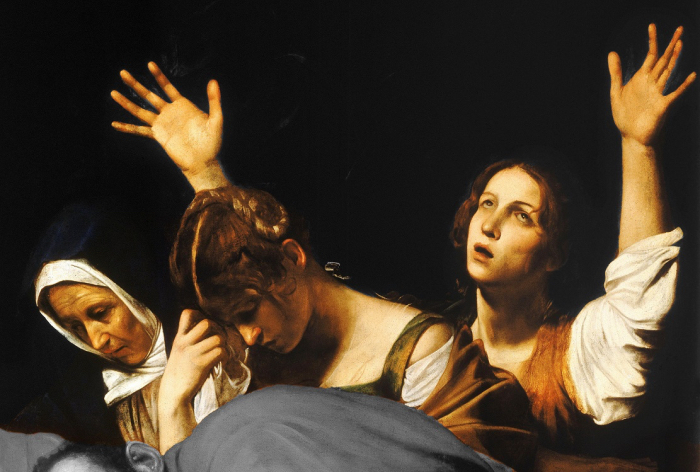 WHEN THE ENTOMBMENT OF CHRIST BY CARAVAGGIO WAS PAINTED

The Entombment of Christ by Caravaggio was executed between 1602 and 1604, and is one of the few works of the artist that didn’t receive criticism. In fact, anyone who had the chance to admire the painting just finished couldn’t do but appreciate the composition and Caravaggio’s painting technique.

The canvas was displayed to the public in 1604 in the chapel of the Church of Santa Maria in Vallicella. It was commissioned from the nephew of Piero Vittrice, who died between the end of the 1601 and 1602, and was the butler and cloakroom attendant of Pope Gregory XIII.

ANALYSIS OF THE ENTOMBMENT OF CHRIST BY CARAVAGGIO

In the Entombment of Christ by Caravaggio the body of Christ is carried by St. John the Evangelist and Nicodemus. The Virgin Mary, Mary Magdalene and a woman with her arm raised are behind the two men and are placed according to a pyramid scheme.
It looks like a sculpture group and the movement of the scene seems to be slowed down, almost theatrical.
Christ’s helpless arm touches the stone slab and that was the inspiration for another art masterpiece: David’s Death of Marat.

It seems that for the composition of his painting Caravaggio drew inspiration from models of classical and 16th-century art, and in particular you can notice a clear reference to Raphael’s Deposition. 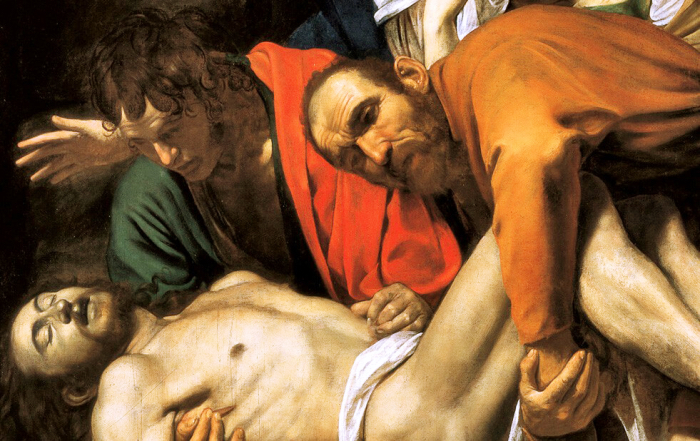 CURIOUS FACTS ABOUT THE ENTOMBMENT OF CHRIST BY CARAVAGGIO

The Entombment of Christ by Caravaggio hung in the chapel of Santa Maria in Vallicella until 1797, and then it was removed and given to Giuseppe Valadier, who was appointed by the French government to bring it to Paris.
It was the only work by Caravaggio that was confiscated from the churches of Rome, but fortunately in 1816 the painting was returned and was moved to the Pius VII’s Pinacoteca, today known as the Pinacoteca Vaticana. In the church of Santa Maria in Vallicella now hangs a copy by Austrian Michele Koeck dating back to the early 19th century.

On the occasion of a restoration, on the back of the canvas, a sentence written by Caravaggio was found: “Ne Iacobus videat neque de hoc loquetur” (I wish Jacopo couldn’t see [this painting] and couldn’t talk about it).
It’s a mysterious sentence that ends with a very long sign that looks like a trail of blood. Studies are still ongoing, but it’s likely that it was extremely important to the artist.

If you like Michelangelo’s paintings and you want to learn more, read also the post containing Caravaggio’s works everybody should know.