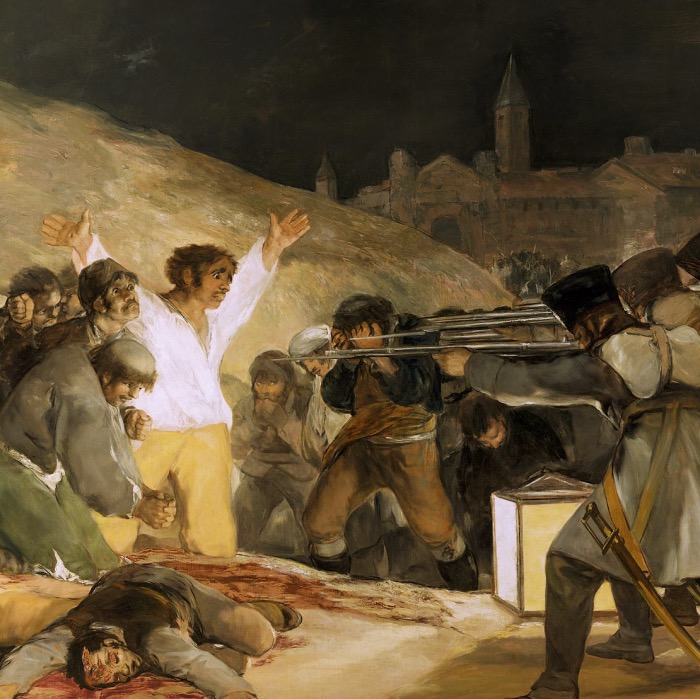 GOYA’S PAINTINGS: THE UNMISSABLE ONES AND WHERE TO ADMIRE THEM

What are Goya’s paintings and where can you admire them?
Francisco Goya was the most important Spanish artist after Velázquez and the most famous before Picasso.
Just visionary and daring enough to create modern paintings that denounce the horrors of war.

Goya’s paintings to know and where to admire them

GOYA’S PAINTINGS: THE MOST IMPORTANT ONES AND WHERE TO ADMIRE THEM

Goya is considered to be the forerunner of modern art.
He was a witness to the changes that occurred in Europe between the late 18th and early 19th century. For this reason Goya is considered the last of the Old masters and the first of the moderns. 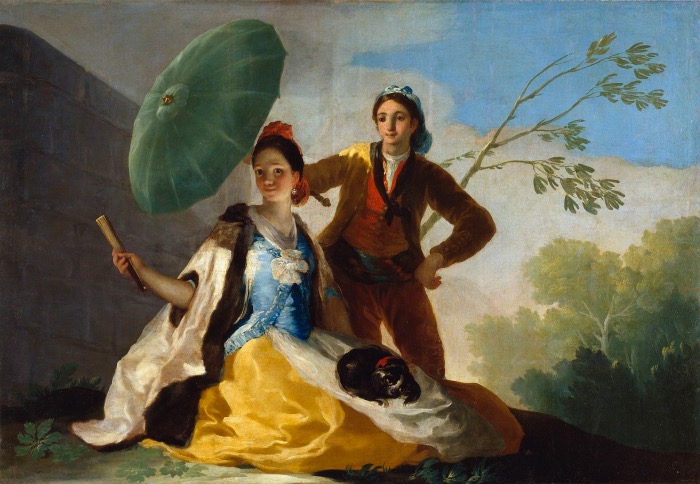 The Parasol by Goya

The Parasol (El Quitasol) is one of Goya’s most famous paintings.
No landscape in the background, but only bright colours, especially for the clothes of the two protagonists looking and smiling at the observer.
The work radiates happiness and colours are spots. When Goya painted this painting had already tried twice to be admitted to the Real Academia de San Fernando (the Royal Academy of Fine Arts of San Fernando). He would succeed in entering only the following year.

The Maja vestida and The Maja desnuda (around 1800) 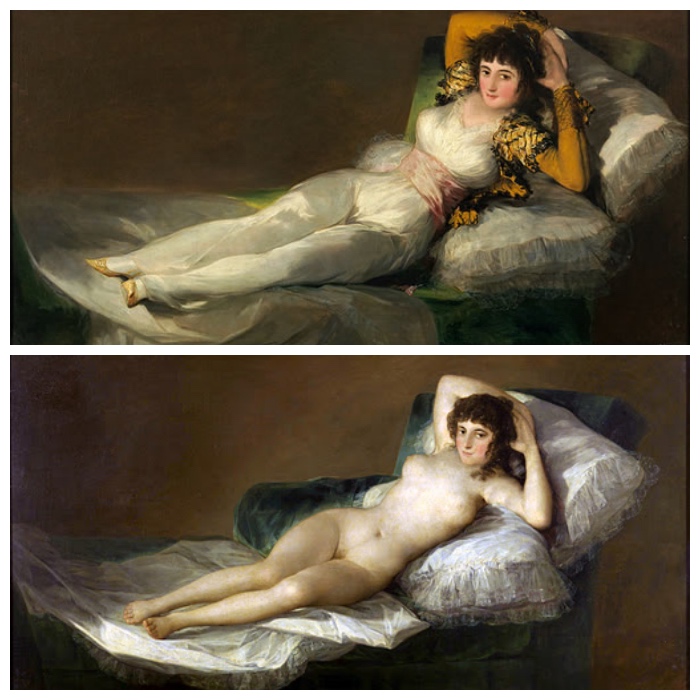 The Maja Vestida and The Maja Desnuda by Goya.

On March 16th 1815 Goya was summoned to appear before the Tribunal of the Inquisition to explain why he had painted The Maja desnuda and the Maja vestida. The two canvases were found among the confiscated property of the Prime Minister of Spain Manuel de Godoy, but no document confirmed the commission.
We don’t know which Goya’s statements were, but the two works were certainly conceived to stay together, so that the Maja vestida covered the Maja desnuda, but through a mechanism people could admire the nude version.
Maybe the Maja portrays Godoy’s mistress. 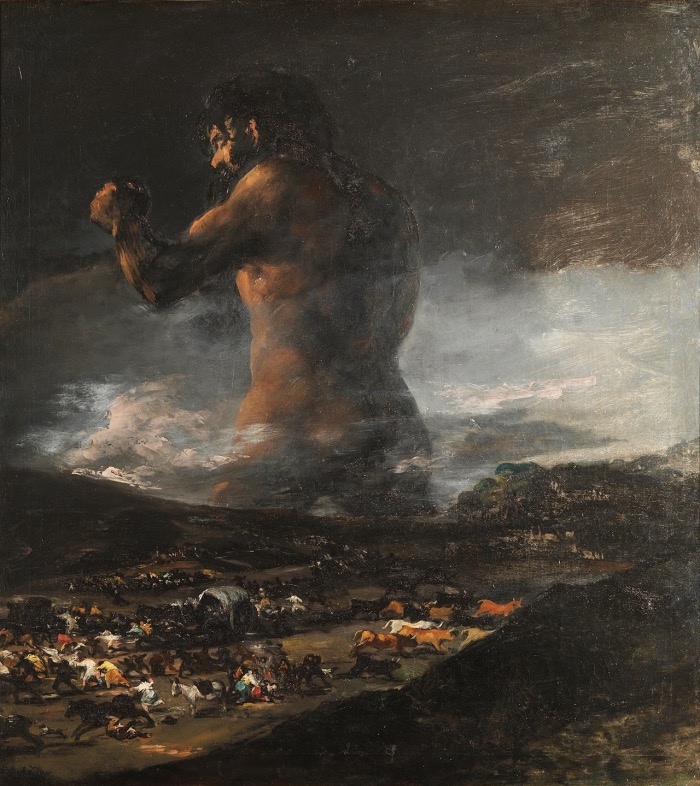 The Colossus by Goya

The painting was executed at the beginning of the Peninsular War (the Spanish War of Independence), and is recorded as being among the works that Goya still had at the time of his death.
An entire people seem to escape from the giant’s rage or from another calamity. Since the colossus doesn’t look a threat for the people, it might be the giant from the poem by J. B. Arriaza, who protects the Spanish people against Napoleon’s army. 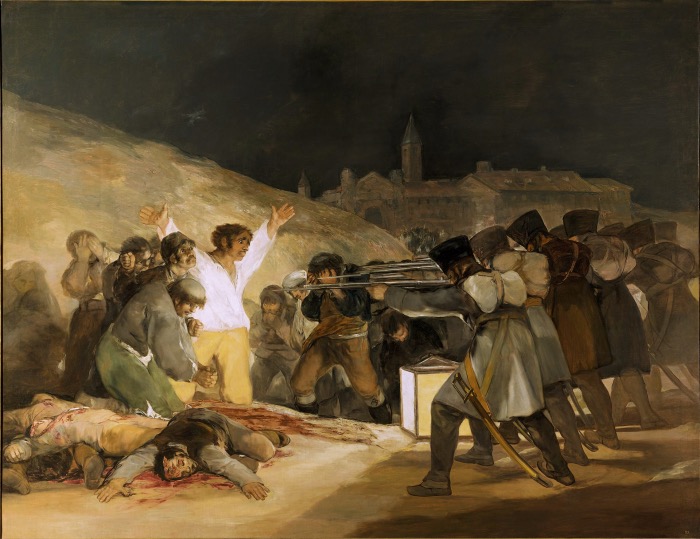 The Third of May 1808 is the most famous of Goya’s paintings.
It depicts the execution of patriots by the French army. The firing squad is rigidly poised and the patriots’ look is terrified.
Goya’s painting is not a story of martyrdom, rather a photograph of a brutal moment that remained fixed in our mind.
He portrays the brutality of war!