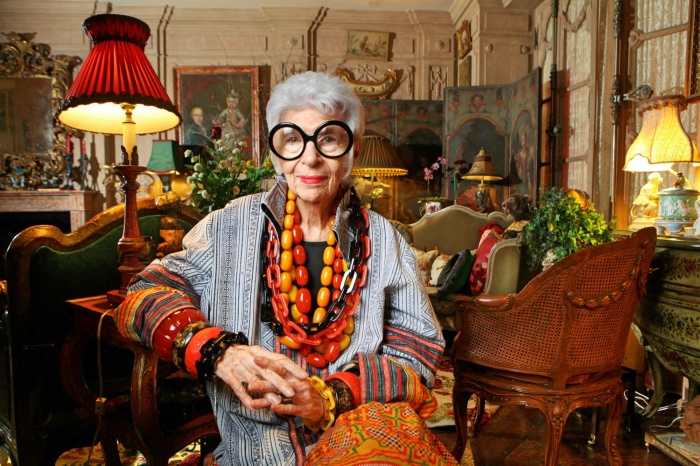 Some consider her to be a fashion icon, others think she’s the greatest expert on art and interior design, still others thinks she’s a star for people who have long since reached the third age, or even the fourth age.
Certainly, Iris Apfel achieved a great fame at the age of 90, and she’s the protagonist of advertising campaigns and cultural events.

In 2005 the Metropolitan Museum of Art in New York dedicated to her an exhibition entitled “Rara Avis (Rare Bird): The Irreverent Iris Apfel, where her spectacular dresses and accessories were on display.
The success of the exhibition, with over 150,000 visitors, prompted an initial travelling version of the show, and since then Iris has become very famous. 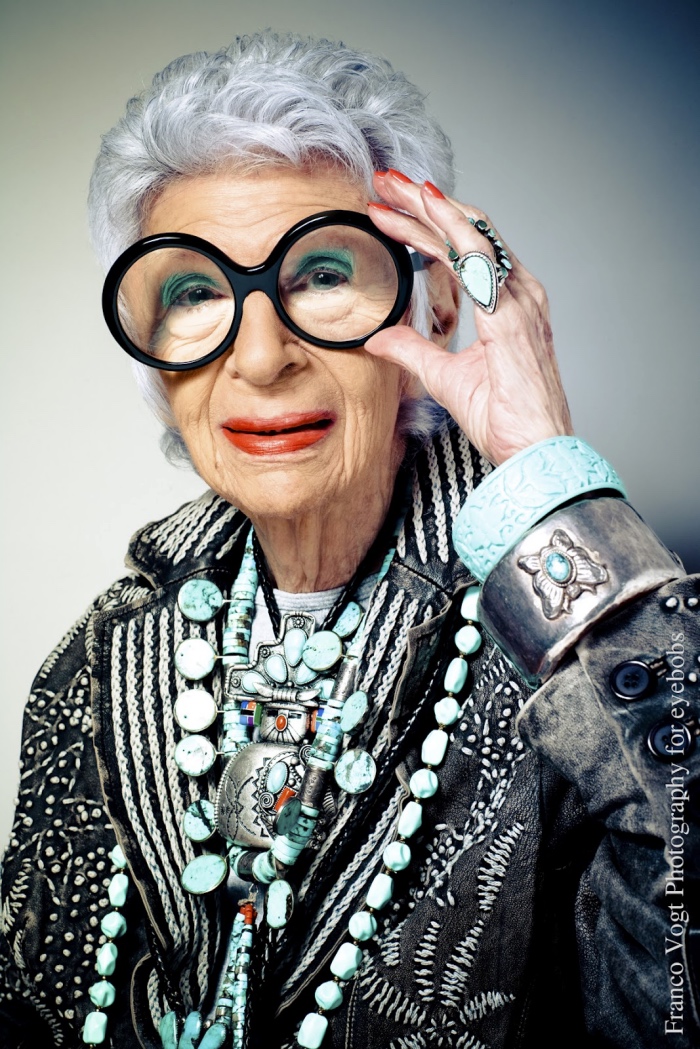 Iris was born in Astoria, Queens, New York, in 1921; her father owned a glass and mirror business, and her mother owned a fashion boutique.
In the documentary directed by Albert Maysles depicting her life, Iris declared that from her mother she learnt the importance of accessories and details, whereas from her father she inherited the love for design.
Iris Apfel studied art, and she began working as a copywriter for “Women’s Wear Daily”, the bible of fashion at that time, and later she began working as an interior designer together with her husband, Carl Apfel.
They started the “Old World Weavers”, a textile firm to replicate vintage fabrics.
Among their clients there were: Estée Lauder, Greta Garbo, Jacqueline Onassis, and nine U.S. Presidents: Truman, Eisenhower, Nixon, Kennedy, Johnson, Carter, Reagan and Clinton.

In Iris’s hands everything becomes precious, from an ancient painting to a plastic bracelet.
Iris Apfel draws her inspiration from anything in order to create an interior design or a look. Her style is personal, eccentric, multicultural, and made up of many layers.
READ ALSO: a portrait of Peggy Guggenheim, another eccentric woman with a passion for art and design.

Unconventional, eccentric, unbounded, she’s probably the first woman who has been able to mix with a touch of elegance items found in flea markets with items of haute couture. For this reason, Iris has always been a point of reference in the field of interior design.
She’s always been capable of getting the personality of the homeowners out of the houses she has furnished.

To buy only things that make you feel good, without worrying if they are quality objects or not: is this the secret of staying young and beautiful? 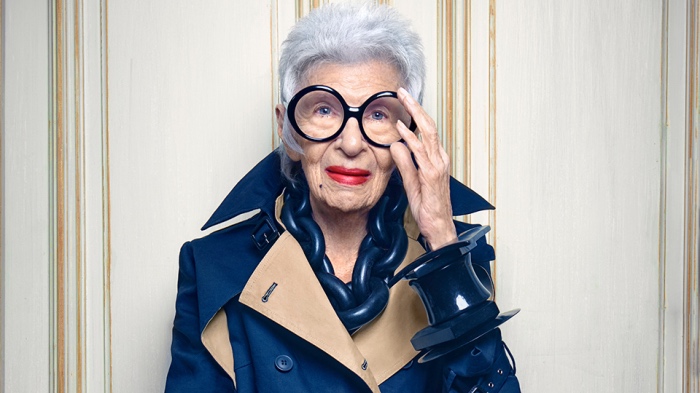 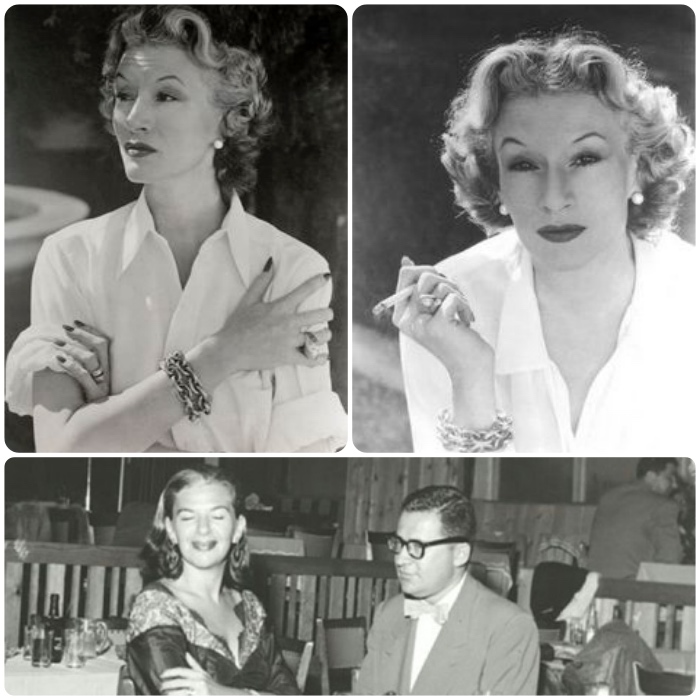