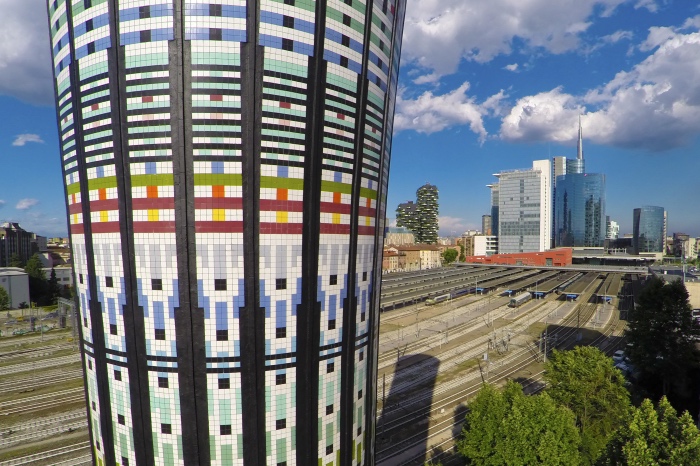 The Torre Arcobaleno (Rainbow Tower) is a recognizable mark on the city and emotional landscape of Milan, capital of fashion and design.
Founded in 1990 by a group of companies that transformed an anonymous water tower at Porta Garibaldi into a colourful tribute to the creativity of Milan, the Tower has been re-stored and returned to its original splendour.

The Torre Arcobaleno was created in 1990.
Before then, the structure had been only an old grey concrete water tower, erected in 1964 within the railway station grounds of Porta Garibaldi.
For the Soccer World Cup staged in Italy in 1990, Milan decided to save the artefact from degradation, with the aim of promoting a new attitude of care and pride in favour of its ur-ban heritage.

Urban renewal, which also included the recovery of an old railway bridge located between Viale Corsica and Viale Forlanini – later named Passage to the north-east – was sponsored and promoted by the Sports and Recreation Department of the Milan City Council and by the State Railways.

Before being renovated, the old tower, 35 metres high with over 1000 metres of surface area, appeared like a grey concrete giant with conspicuous missing pieces on the out-side; over the years, the limestone had formed a deposit causing the oxidation of the iron reinforcements and the concrete to crumble.
The idea behind the project was to highlight the structure of the tower, a circular and con-cave shape, divided into twenty-two faces interrupted by an equal number of ribs in relief. 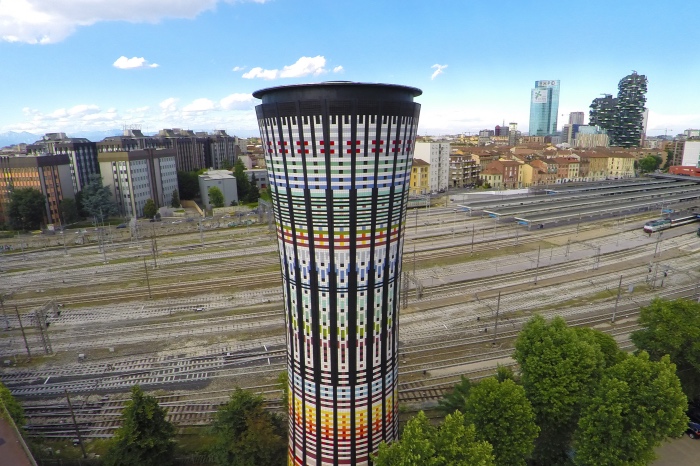 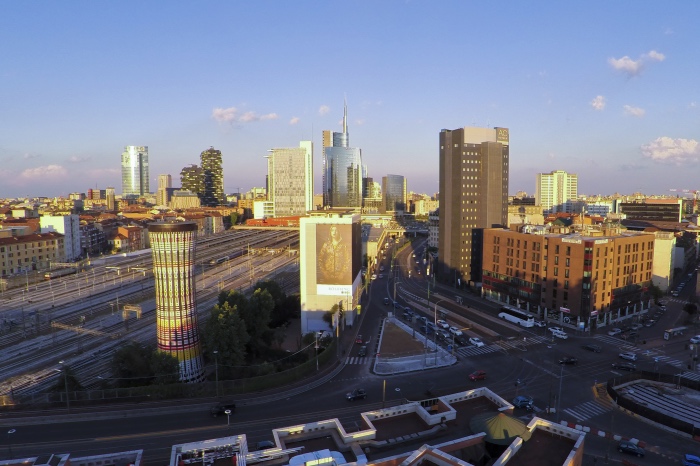 INFO
The project, designed by the firm Original Designers 6R5 Network and implemented by Baz-zea-B Construction Technology, Condor, Row Solutions, Mapei and Marazzi, is a tribute to the people of Milan