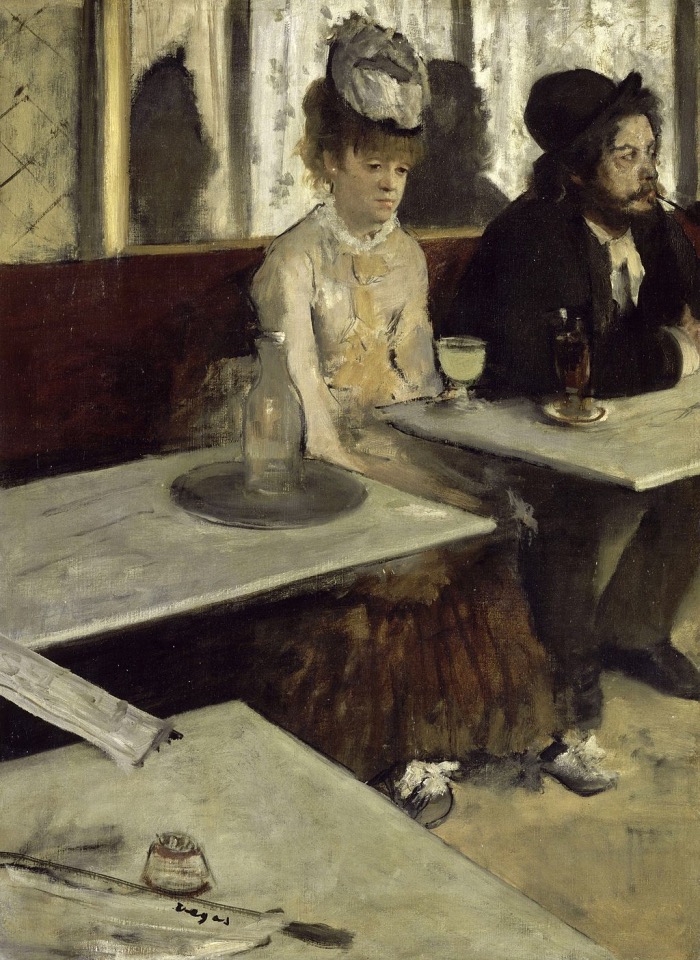 Once someone asked me what’s beautiful and charming about Degas’s Absinthe. Actually, it’s a painting that doesn’t make you happy; rather, to me, has always had a subheading: “depression”.

No, Degas’s Abisinthe is not beautiful, it’s amazing.
It’s a painting depicting with photographic accuracy a scene that anyone who was in Paris at the end of the 19th century could see. However, Degas didn’t portray only a moment, but he rather told a story, in which it’s easy to imagine feelings and thought of the two protagonists.

In this post you’ll discover one of Edgar Degas’s most intense works. 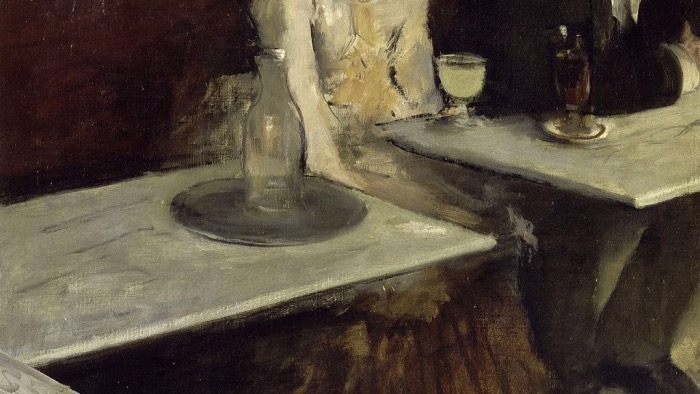 Degas’s works are a never-ending observation of Paris’s hidden aspects.
The artist is fascinated by everyday life in rehearsal rooms of theatres, circuses, cafés, and on the stages.
It’s not spotlights that capture his attention, but rather the pauses: those moments in which people are deep in thoughts.

The painting portrays a scene of everyday life, well-known to the clients of Parisian cafés.
A woman and a man sitting in a café, with empty eyes and almost sad, spending their time deep in thoughts.
The woman’s look is not very different from the barmaid’s of A bar at the Folies-Bergère by Manet, but is very distant from the festive atmosphere of  Toulouse-Lautrec’s works.

Degas describes loneliness and exclusion. And to emphasize the feeling of isolation the artist places the man and woman on the right, leaving the central space occupied only by an empty bottle.

The glass in front of the woman contains a greenish liquid that is clearly absinthe, an anise-flavoured liquor, very common in Parisian cafés in the late 19th century.

The colours of the painting are cold and highlight the feeling of isolation and decay. It looks like a photograph.
A merciless image of the world surrounding Degas and that didn’t make him feel completely comfortable.

Following a common practice among Impressionist artists, the characters depicted are models posing for the artist.

The woman is Ellen Andrée, an actress, and the man is Marcellin Desboutin, a painter, and they were both Degas’s friends.
Also the café where the scene is set was real. It was La Nouvelle Athènes, a café in Paris which was a meeting place for Impressionist artists and that the artist imagines as the place of those who have no hope. 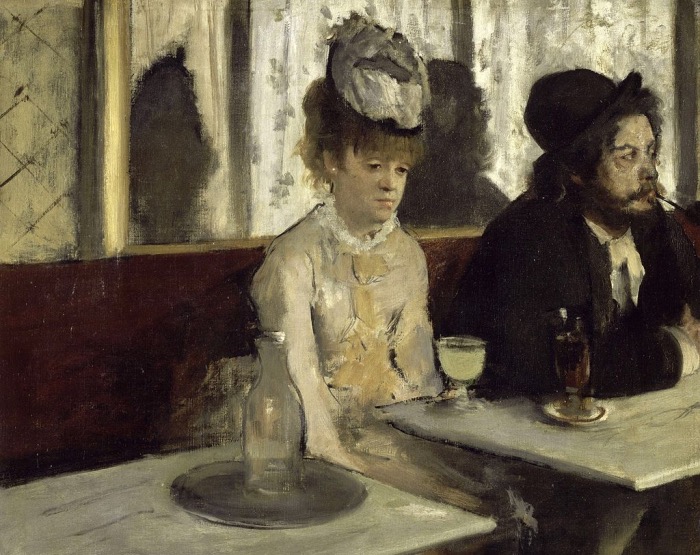 Degas’s painting is part of the collection of works of the Musée d’Orsay in Paris.