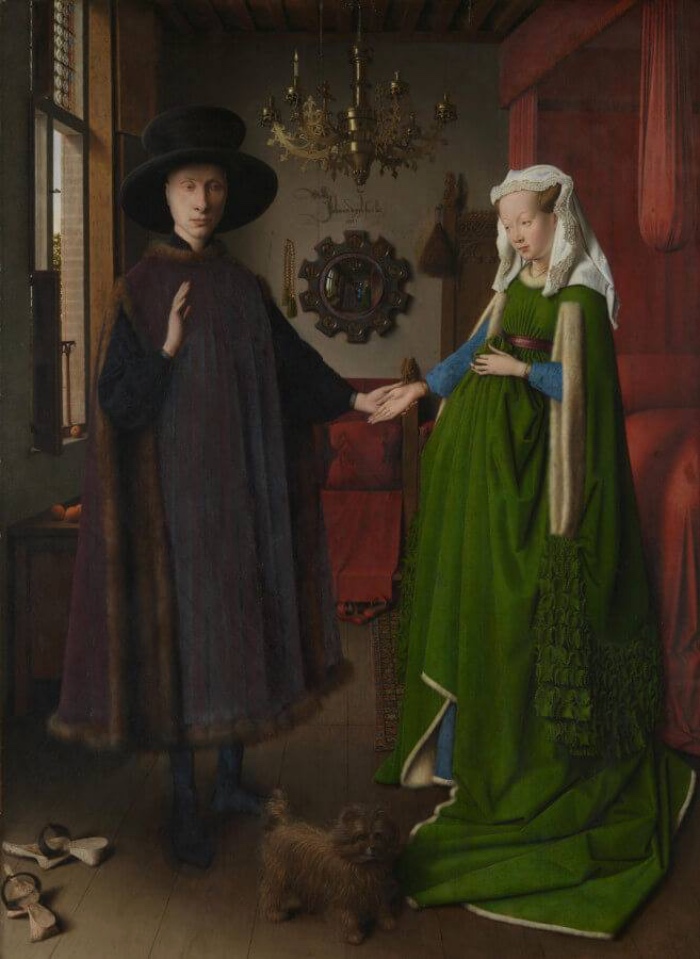 THE ARNOLFINI PORTRAIT: CURIOUS FACTS, DESCRIPTION AND WHERE TO ADMIRE THE PAINTING

What story and what mysteries are hidden in the Arnolfini Portrait?
It’s one of Jan van Eyck’s masterpieces, and it’s certainly one of my favourite, because it’s extremely complex and full of symbolic meanings.
I might spend hours looking at it!

In this post you’ll find the description and curious facts about the painting and all usuful information to admire it in person, in the museum housing it. 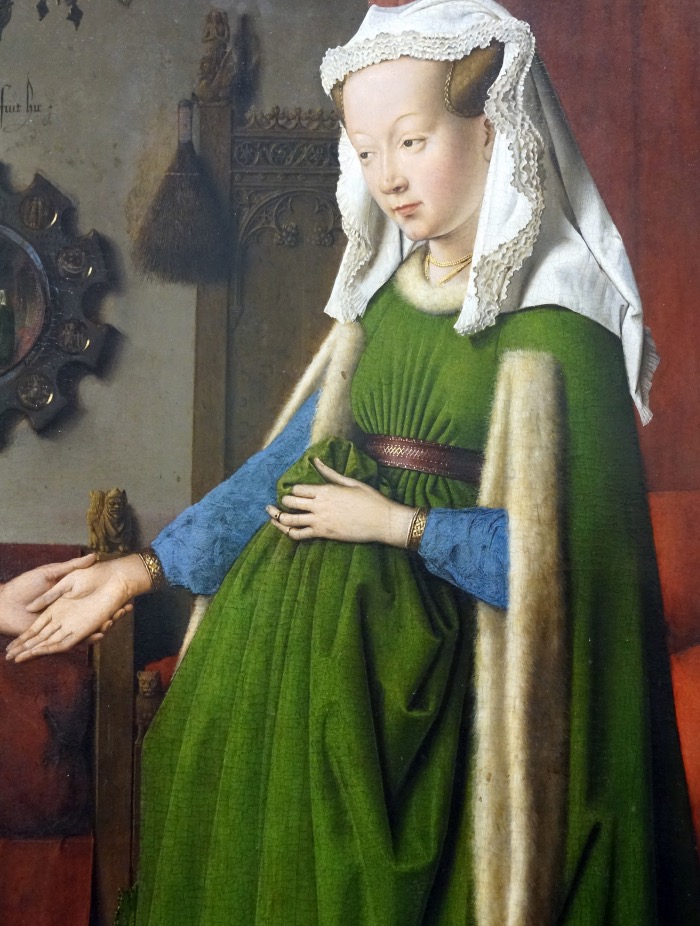 Flemish works are known for the in-depth study of light and attention to details.
Everyday objects, plants, flowers, expressions of the face and clothes: no detail can escape Flemish painters who are very talented in reproducing even the smallest detail and the Arnolfini Portrait, painted by Jan van Eyck in 1434, has all the features of Flemish painting.

THE ARNOLFINI PORTRAIT: DESCRIPTION OF THE PAINTING

Giovanni Arnolfini is the rich merchant from Lucca, settled in Bruges since 1420, portrayed together with his wife Giovanna in this painting by van Eyck.
The whole painting shows the Arnolfini’s socio-economic status: the furniture, the mirror behind the characters, the lamp.
Everything seems to be placed in the room to tell us the story of these spouses and, according to some historians, this is  the representation of their marriage ceremony.

The artist depicts everything faithfully and describes exactly one of the many houses of the merchants who lived in Flanders during the Renaissance.
There are many symbols, such as the dog symbolizing loyalty, or the apple on the window which may be the symbol of the Passion of Christ, or the lit candle on the lamp which symbolizes the brevity of earthly life.
In addition, the room is shown from a different point of view through the mirror in the background. This expedient broadens the space and allows observers to become spectators, as everything happens before their own eyes.

WHERE YOU CAN ADMIRE THE ARNOLFINI PORTRAIT

The painting hangs in London in the National Gallery.
The work remained in Flanders until 1516 but it arrived in Spain in 1556, after various transfers of property. The painter Diego Velazquez could admire it in the 17th century in Madrid and “copy” the expedient of the mirror in his painting Las Meninas.
From Spain the Arnolfini Portrait arrived in France and later in Great Britain.
It was King George IV who sold it to the National Gallery of London at 600 guineas. Since then the painting has been on display in this museum, in the room n. 56.

CURIOUS FACTS ABOUT THE ARNOLFINI PORTRAIT

The details such as the lamp or the window show Jan van Eyck’s outstanding talent, who was able to describe the light reflected by various surfaces like in his painting The Virgin and Child with Canon van der Paele.
The Flemish painter, in fact, had perfected the oil painting technique and was a master for following generations of artists.

In the mirror hanging on the back wall you can see the reflections of the spouses and before them two other figures, wearing blue and red, one of which may be the painter himself. Furthermore, there’s van Eyck’s signature above the mirror.

In the Arnolfini Portrait van Eyck is really meticulous in describing people, objects and animals in the minute detail. It’ s one of the features of his painting which finds its highest expression in The Adoration of the Mystic Lamb, considered his greatest masterpiece. 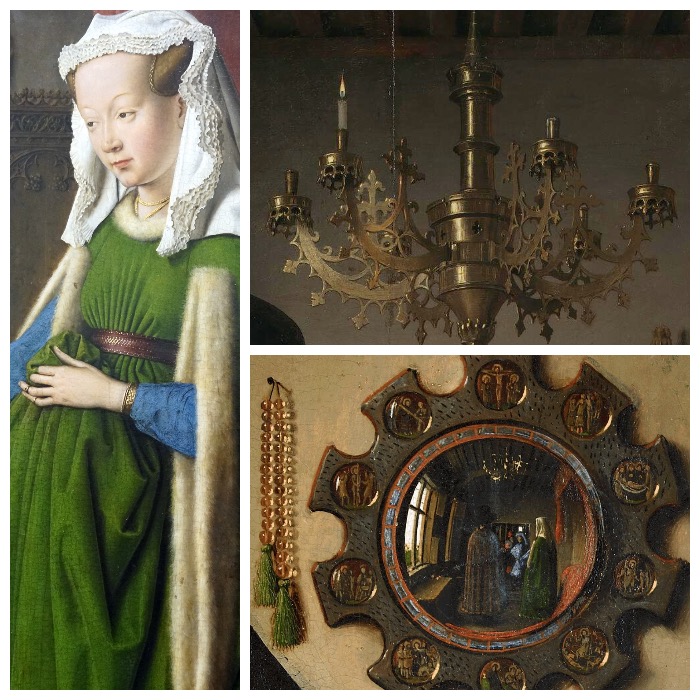