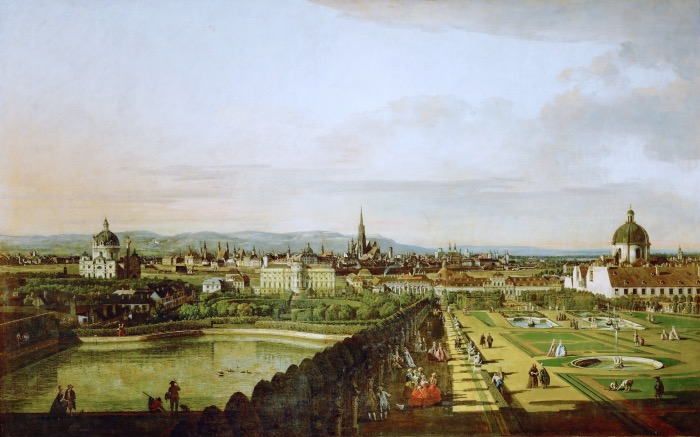 Bernardo Bellotto, View of Vienna from The Belvedere

Who was Bernardo Bellotto and how did he continue to develop Vedutismo, whose main proponent was Canaletto, his master?
It wasn’t easy for Bellotto to be a painter and cope with the comparison with the famous artist who was his master and uncle, as well.
Maybe for this reason at a certain point of his life he left Venice and began travelling, finding fame and glory working for the European courts.

In this post you’ll find the life of Bernardo Bellotto in 5 points, to know better this artist.

5 things to know about the life of Bernardo Bellotto 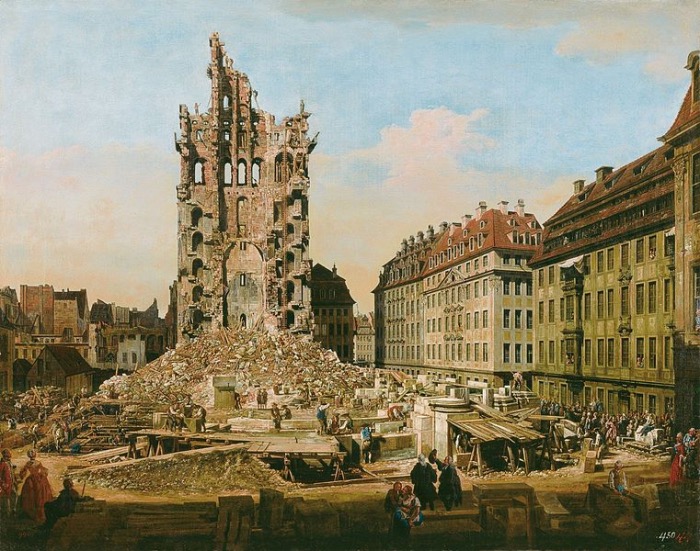 Bernardo Bellotto, The Ruins of the Old Kreuzkirche in Dresden

1. WHERE AND WHEN BELLOTTO WAS BORN

Bernardo Bellotto was born in Venice in 1722, the son of Lorenzo Bellotto and Fiorenza Canal, sister of Canaletto.
He was a student of the uncle since he was a boy and soon revealed a talent for Vedutismo, a pictorial genre fashionable at that time and of which Canaletto was the main proponent.

In 1740 Bellotto began travelling and went to Florence and Lucca, at the invitation of some members of Tuscan aristocracy, and then he moved to Rome on the advice of his uncle, Canaletto.
However, the artist’s trips went on and he went to Lombardy and Piedmont as well, where he painted vedute (views) of Milan, other cities of Lombardy and two vedute of Turin for the Savoy court.
In 1747 he moved to Dresden and began a long career abroad.

3. BELLOTTO’S STYLE AND HIS SUCCESS IN EUROPE

Bernardo Bellotto differentiates himself from Canaletto for meticulous perspective, realism and precise details of architecture he paints.
The cities he portrays are immersed in light and the figures are outlined by sharp contours.

The invitation to move to Dresden at the court of August III of Poland, Elector of Saxony and King of Poland, marks a decisive moment in his artistic career.
He was appointed court painter and, during the years he spent in Dresden, he painted the series of the 14 views of Dresden and 11 of the city of Pirna, considered masterpieces of the 18th-century art.

Bernardo Bellotto, View of Dresden from the right bank of the Elbe with the Augustus Bridge

4. BELLOTTO FROM DRESDEN TO VIENNA

In 1758, while the Seven Years’ War was fought in Saxony, Bernardo Bellotto left the city and moved to Vienna.
It would be the Austrian court to host him and there for the Empress Maria Theresa he painted a series of large views of imperial residences, a view of Vienna and some other paintings of smaller size.
However, he got commissions also from Princes of Kauniz and of Liechtenstein.

At the beginning of the second half of the 18th century the main patrons of Bernardo Bellotto died, in particular King August III of Poland.
It’s a particular moment for the artist because his main supporters passed away and especially because the cultural climate has changed, and vedutismo is no more successful.

In 1764 he was appointed teacher of perspective at the Dresden Academy of Fine Arts, while in 1767 he moved to Warsaw following an invitation from King Stanislaus Augustus Poniatowski.
In Warsaw he painted 26 views of the city and Wilanow Palace, which were precious for rebuilding the city after WWII bombing.
Bernardo Bellotto died in Warsaw in 1780. 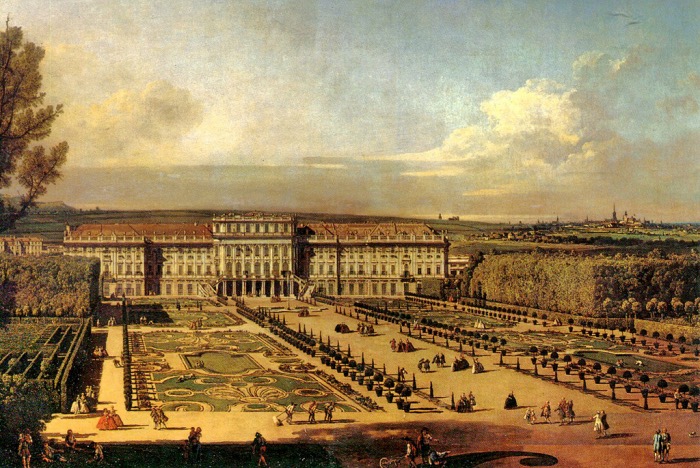