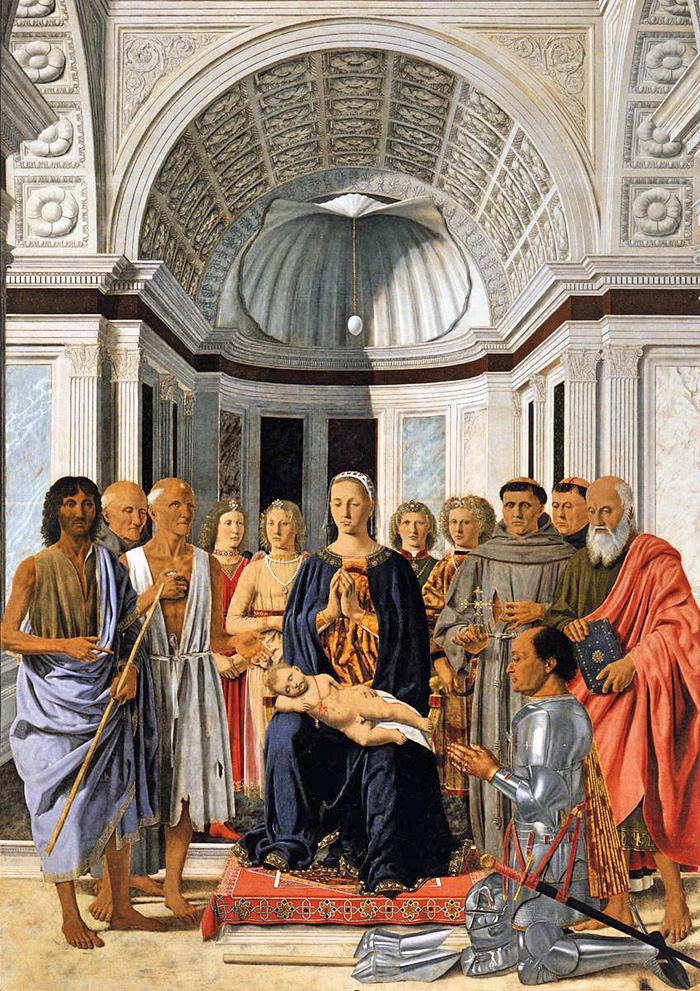 Brera Madonna. One of the most famous painting by the Italian Renaissance master Piero della Francesca is Montefeltro Altarpiece, also known as Brera Madonna or Brera Altarpiece.

It’s a mysterious masterpiece and its exact dating, its meaning, and its original placing are still the subject of scholars’ investigations. 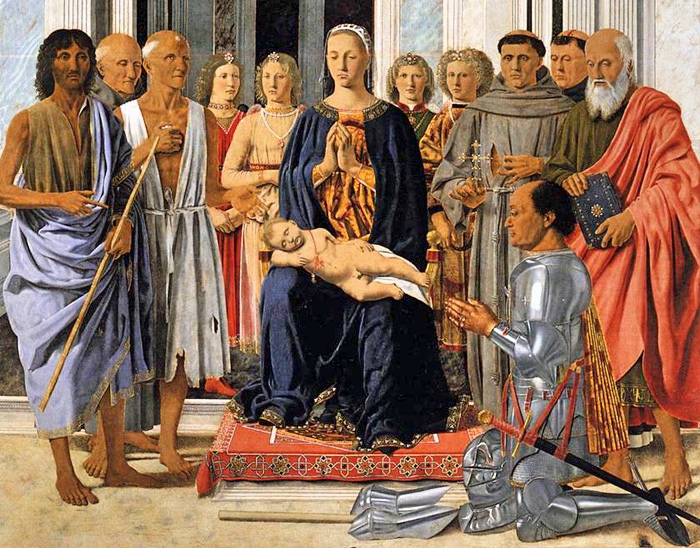 Montefeltro Altarpiece is housed in the Pinacoteca of Brera in Milan. It was painted by Piero della Francesca and commissioned by duke Federico da Montefeltro. He is represented kneeling and in his armour, in front of the sleeping Child, who is on Mary’s knees.
This work of art was probably executed between 1472 and 1474.

Many hypotheses about the real reason for the commission have been formulated.
Some sources suggest that the painting was commissioned to thank the Virgin for having prevent the duke from dying after a giostra held in 1479. According to other sources, the altarpiece would celebrate Federico’s victory in the battle of Volterra in 1472. Other scholars think that it was a votive military offering.
However, none of the hypotheses can be confirmed either by the archives or by other elements in the painting. It seems that those elements have been put there to make the interpretation more complicated. It is almost a riddle.

The sleeping Child is in the middle of the scene, and is surrounded by all characters, that pay their attention to Him, including the Virgin.
For this reason, the painting could be Federico’s homage to his wife Battista Sforza, who died in 1472. In fact the Virgin may have the appearance of this woman, as you can see in other portraits of duke’s wife.
And the egg hanging over Mary?
It is an ostrich egg and symbolizes the Immaculate Conception, and the endless cycle of birth, death and rebirth.

The Altarpiece is a complex painting: each element, each character and each decoration has a peculiar meaning.
Originally the Altarpiece was bigger but it has been cut down on four sides. This lack prevents us from understanding how complex was the work.
Montefeltro Altarpiece is the manifesto of the 15th–century mathematical Humanism, which could express itself at the court of Federico da Montefeltro.
In Urbino artists, architects, and scholars found starting points and inspiration. In addition, at that time, the famed Federico’s library was considered unique due to the huge number of volumes and the quality of texts stored there.

The library was bought by Pope Alessandro VII Chigi in 1657. It established the central core of the Vatican Apostolic Library.
But that’s another story! Maybe I’ll tell you another time… 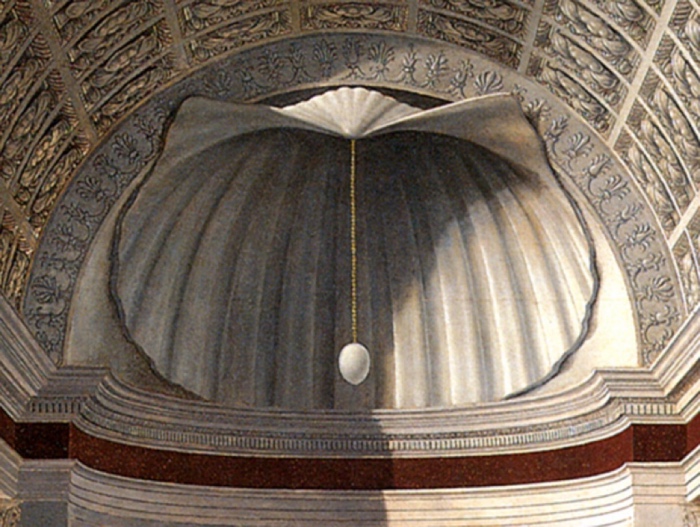