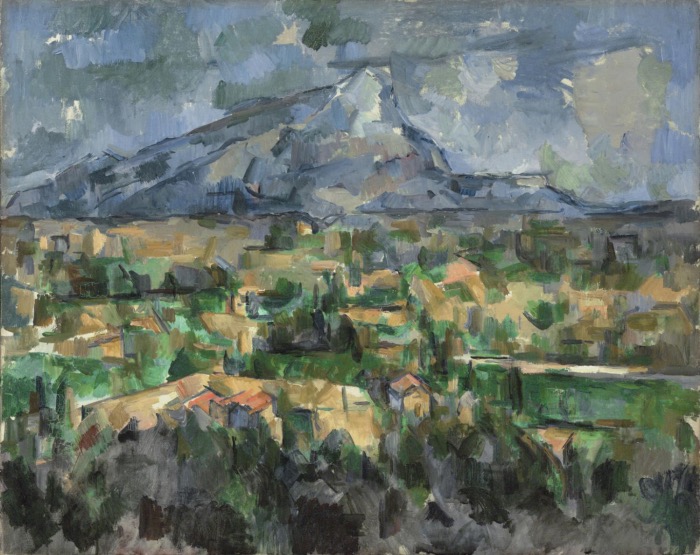 Cézanne’s Sainte-Victoire Mountain is a symbol of the freedom of art in the early 20th century.
The artist dedicated many years of his life and many drawings, sketches, watercolours and paintings to this subject.

Cézanne’s aim was to reconstruct a landscape on canvas and he eventually found abstract painting. It was the beginning of a new season for art. 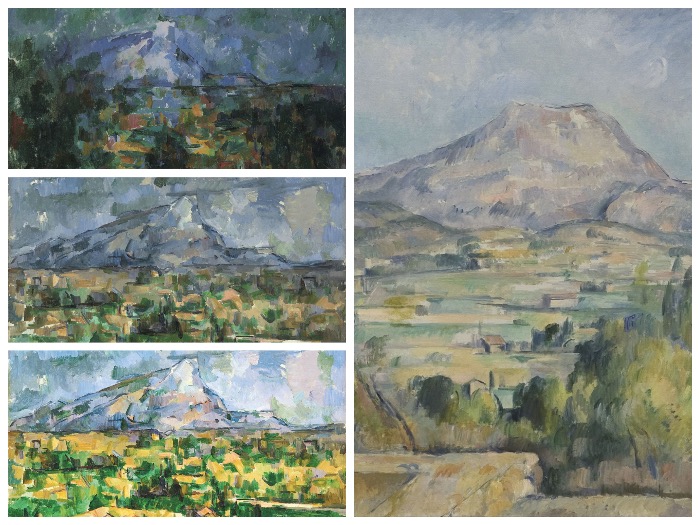 WHERE CÉZANNE’S MOUNTAIN SAINTE-VICTOIRE IS LOCATED

Cézanne’s Sainte-Victoire mountain is a limestone massif dominating the valley near Aix-en-Provence.
The beauty of this mountain, with its unmistakable peak shifted to the right, fascinated Cézanne to the point of turning it into a recurring myth in his works.

For over twenty years, the Sainte-Victoire mountain was the focus of Cézanne’s drawings, watercolours and paintings. He was almost obsessed with it and used it as an instrument of investigation and research.

Cézanne’s Sainte-Victoire mountain made its first appearance in the artist’s body of work in the 1870s.
At that time it was only the backdrop for his work Terrapien, but from then on this mountain would become an indispensable element for the artist, who entrusted his desire to describe the order and composure of Nature to the mountain.

Between 1902 and 1906, this relief became a constant presence in Cézanne’s works, observing it at length, trying to represent its forms, the seasons that followed one another and that changed its colours. 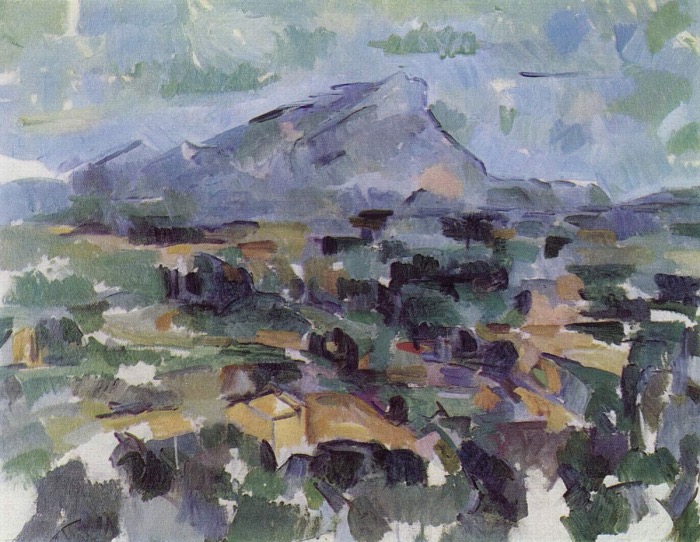 All of Cézanne’s depictions of the Sainte-Victoire mountain are made from below and from a distance, but always from viewpoints that allow the luminosity of the mountain to be isolated.
Through the observation of these works, it is possible to follow the artist’s stylistic evolution that leads him to a progressive dematerialisation of the landscape.

We are at the dawn of abstract art, which no longer focuses on describing the world but on the universe of thoughts, desires and emotions that dwell in the artist’s heart and mind, through which he interprets what happens and what he sees. 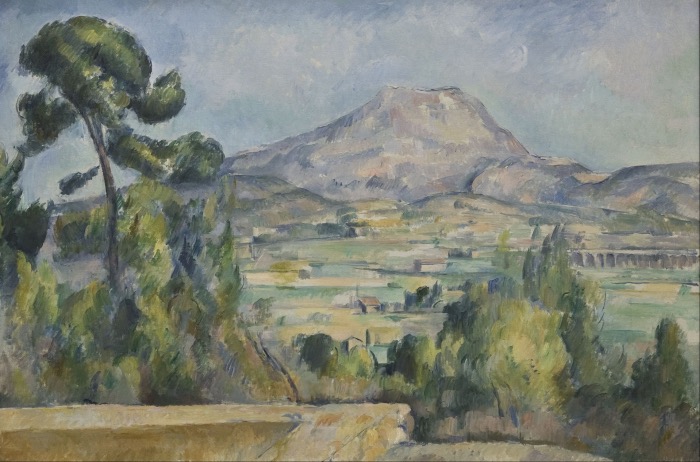 A decisive factor was Cézanne’s purchase of a house in Lauves, north of Aix-en-Provence, where he also located his studio and from where he could admire the Sainte-Victoire mountain from his terrace.
The mountain became a constant presence for the artist and his gaze always turned to this limestone massif, which became the object of his artistic interest for many years.

Cézanne was an artist who loved precision and we know from documents that he would do as many as a hundred sittings to make a still life, up to a hundred and fifty sittings for a portrait, not to mention the amount of sketches, proofs and drawings he did before arriving at the final work.
In a certain sense, the works depicting the Sainte-Victoire mountain are an ongoing study and constant reflection on how landscape can be described.
Cézanne knows perfectly well that reality is not what it seems and therefore the artist’s aim is to find the deep meaning hidden in the folds of the world.
To return and return again and again to the same subject is to search for a truth that a distracted or superficial eye can hardly grasp.