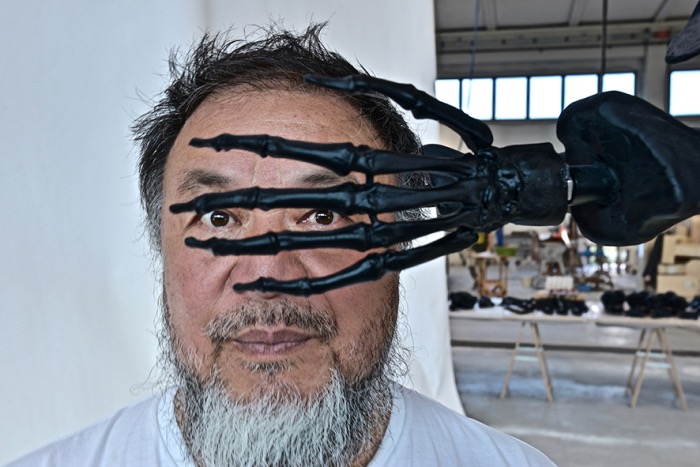 DISSENT IN THE WORKS OF AI WEIWEI

Ai Weiwei’s works are masterpieces of contemporary Chinese art.
From the stools placed one on top of the other to the coloured vases, from the assembled bicycles to the photos in which he shows his middle finger, his aim is to provoke a reaction, to ignite the spark of reflection, to question us on a thorny issue that concerns us all.

Ai Weiwei lives and works in Beijing, Berlin, Cambridge and Lisbon and is an artist who uses multiple languages, ranging from multimedia to film, from writing to social media. 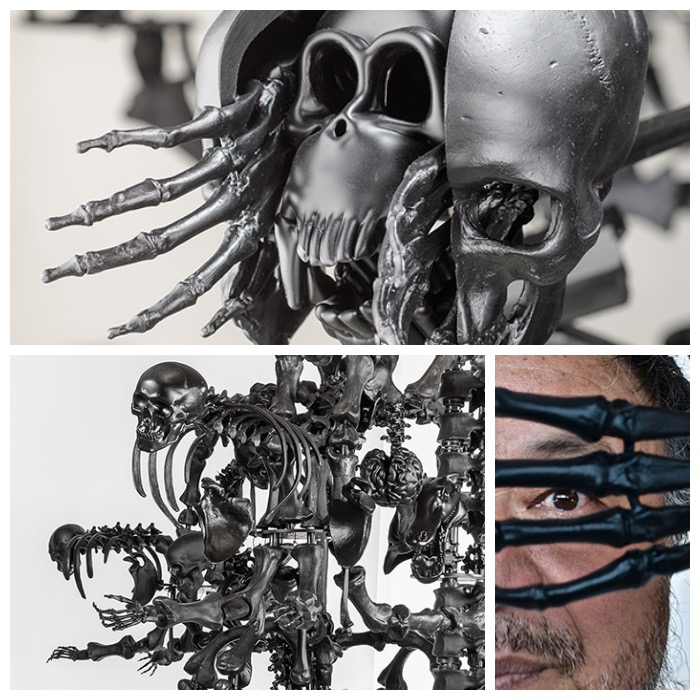 I have already written a post explaining who Ai Weiwei is, certainly for China he is a problem.
His works are an outspoken voice that never ceases to provoke discussion around the big issues of the contemporary world. They have often tried to silence him, but have not yet succeeded, and the more they try, the more his ideas find the strength to spread around the world.

Ai Weiwei’s works cannot be traced back to a single material or technique and he does not even disdain the use of the web and social media, which also led to his arrest for 81 days in 2011.
Indeed, the Chinese government arrested Ai Weiwei in 2011 as part of a crackdown on bloggers, activists and writers accused of conspiring in a hypothetical ‘Chinese Spring’. The artist was very active on Twitter and was therefore among the most feared personalities.

AI WEIWEI FROM CHINA TO THE UNITED STATES AND BACK

Ai Weiwei is not scared, however; he grew up in the Gobi desert where his father, a poet and writer, had been exiled, and saw Beijing for the first time when he was almost 20 years old.
With the art group Stars, he took an exhibition of contemporary art to a Chinese museum (the China Art Gallery) for the first time and later moved to the United States where he fell in love with the works of Marcel Duchamp and the works of Andy Warhol.

Emblematic of this period is Ai Weiwei’s famous work Profile of Duchamp. Sunflower seeds. The French artist’s silhouette made from a hanger filled with sunflower seeds, a symbolic ingredient of Chinese culture.

CRITICISM OF CHINESE CAPITALISM IN THE WORKS OF AI WEIWEI

Ai Weiwei brings to China all the stimuli absorbed in America and creates an East Village in Beijing, a commune of avant-garde artists that ends with the arrest of the painter Ma Liuming for cooking naked in the courtyard.
However, Ai Weiwei had already become a point of reference for contemporary Chinese artists and three books dedicated to new trends were born: The Black Book, The White Book and The Grey Book, true manifestos of contemporary Chinese art.

Ai Weiwei’s works are a criticism of the Beijing regime, which disregards human rights, and emphasises the loss of thousands of years of Chinese culture due to an ailing capitalism.
This is why in 1995 he had himself filmed destroying a 2000-year-old Chinese urn: the work is called Dropping a Han Dinasty Urn (“breaking a Han Dynasty Urn”) and is a similar provocation to the one he had made a year earlier when, again on a Han urn, he had inserted the Coca Cola logo (Han Dinasty Urn with Coca Cola Logo). In the installation series Forever (2003) he used bicycles, the symbol of transport in China, to criticise mass production and conformism once again.

In 2008, it was the Sichuan earthquake that triggered his wrath against the Chinese government, and in his blog, Ai Weiwei accuses the regime of lying about the causes of the collapses and the number of victims, who number around 70,000, most of them children.
Ai Weiwei website was blacked out, he suffered fierce interrogation and mistreatment of all kinds, but his voice did not stop spreading and, in the same year, he created the works Snake Bag, a snake made out of schoolbags, and Rebar and Case, a set of huali wooden containers that evoke the shape of small coffins and reproduce the rebar found in the earthquake rubble.
Both works will be presented years later, in 2016, at the Italian exhibition on Ai Weiwei at Palazzo Strozzi in Florence.

The royal earthquake, in a way, triggers a global earthquake and the regime begins to consider him more and more an enemy to be defeated and silenced forever.
In 2010, Ai Weiwei’s studio in Malu Twon was demolished, and in 2011 the artist was arrested without any formal charge.
He was generically accused of tax evasion but this led to 30,000 supporters raising the money to pay the million-dollar fine.
The conflict with the central power only stopped in 2015, when consent was granted for an exhibition in Beijing entitled simply Ai Weiwei.

Ai Weiwei’s works began to tour the world and in 2012 a series of exhibitions in Paris, Washington, Berlin and London celebrated his ideas and work.
A documentary entitled Ai Weiwei: Never Sorry was released, recounting the artist’s adventures between art and politics.
In Italy, he also exhibited at Palazzo Te in Mantua (Il giardino incantato, 2015) and in Palermo (ZAC – Zisa Zona Arti Contemporanee, 2017) and was present at the Venice Biennale in 2013. 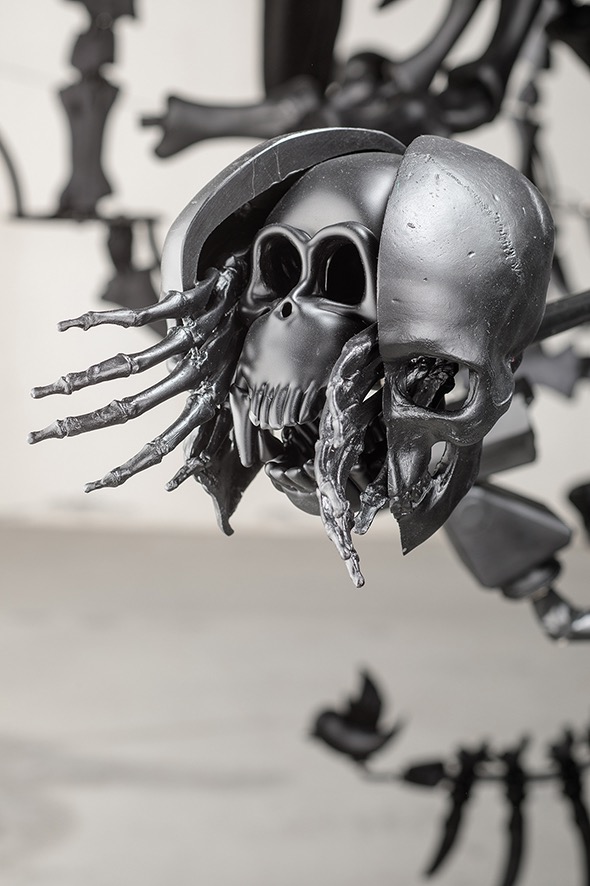 In Venice, on the Island of San Giorgio Maggiore, Ai Weiwei presents a solo exhibition that explores themes such as the relationship between man and nature, spirituality and the continuing fascinations of the contemporary world.