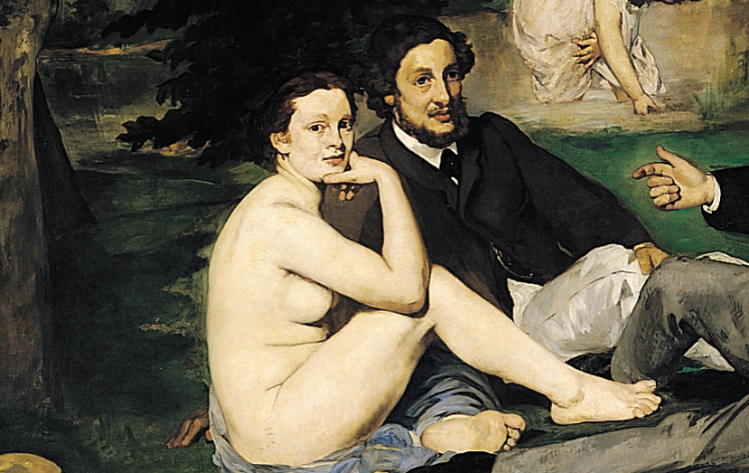 EDOUARD MANET: THE LUNCHEON ON THE GRASS

In this post I’ll tell you why The Luncheon on the grass is an important work. 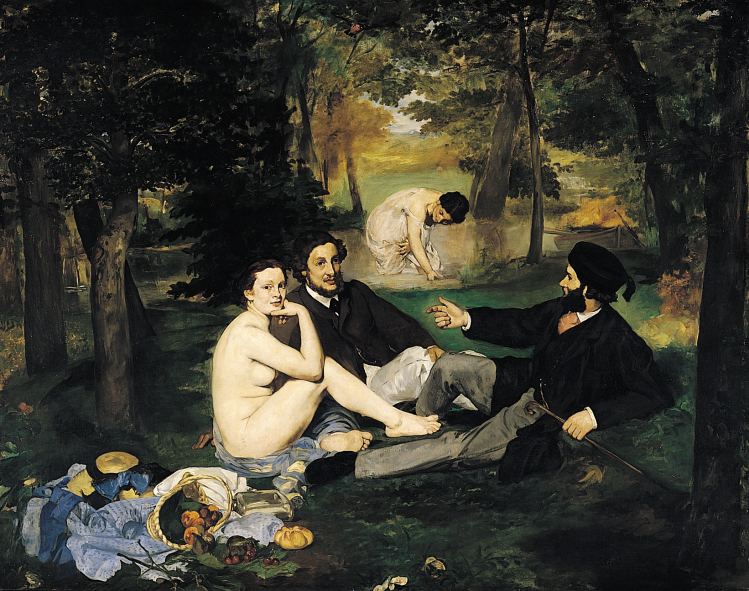 Edouard Manet was certainly a rebel, and all his paintings can be considered to be his attempt to break with French academic tradition of the second half of the 19th century.
The Luncheon on the grass is one of the most important work by Manet, exhibited in the 1863 Salon des Refusés, after the rejection from the official Salon.

The painting caused a big scandal (it’s a normal thing if we talk about Impressionism).
Why so much clamour?

The painting was considered pornographic, and, in addition, Edouard Manet was considered to be an awful painter, because he used spots of colour, without chiaroscuro and with a totally wrong perspective (to first viewers it seemed that the characters were suspended in the air, and, in addition, they couldn’t understand where the grass finished and where the water began). Practically, Edouard Manet was told that he painted obscene subjects and he did it even in a bad way! The Luncheon on the grass is an explosive painting which changed the rules forever. For this reason it scandalised and it was criticized.
Manet depicted a nude young woman in the foreground, another one in the background and among three men dressed in civilian clothes.
What do these four characters do? Absolutely nothing.
They eat and chat amicably in the wood. In place of a Venus or a Nymph, Manet painted an ordinary girl who stares directly at the viewer and smiles. This scene is set not in the past, but in the present. You look at a realistic event.

Manet certainly drew inspiration from the great classics of art history, such as The Tempest by Giorgione or The Pastoral Concert by Titian, but if in those paintings nudes were justified by allegoric and mythological subjects, in Manet’s painting there’s no reference to these kinds of subjects. Thus, it seemed to look only at an inappropriate scene.

Essentially, critics of that time thought that the painting portrayed two men entertaining themselves with two prostitutes.
The Luncheon on the grass was only the beginning of a long artistic career in which Edouard Manet battled, through his paintings, for the principle of freedom of expression of each artist.

LEGGI ANCHE: The Barbizon School, the movement which would decisively influence the Impressionists. 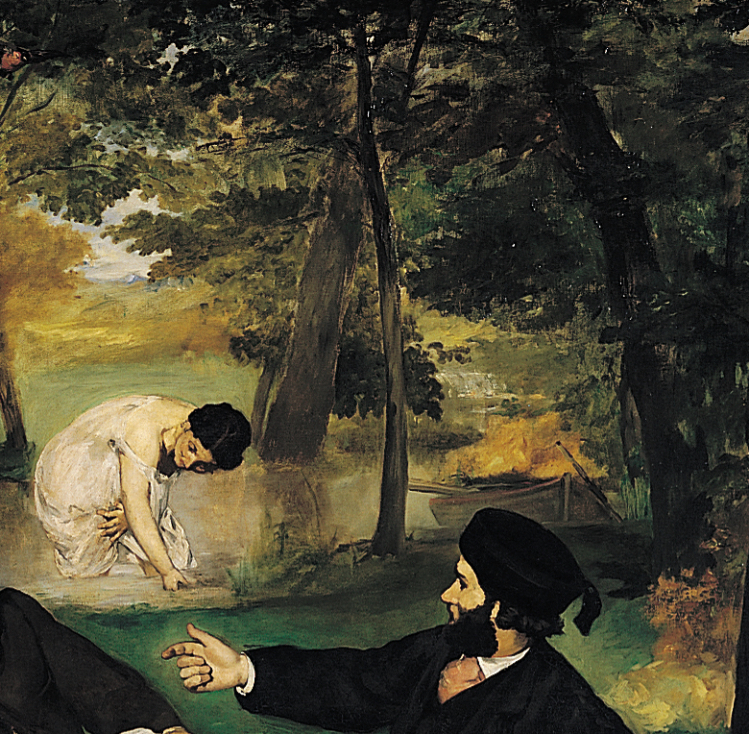