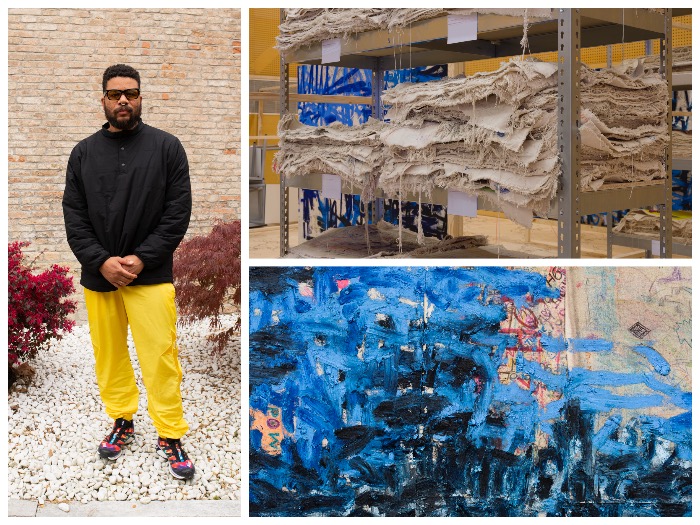 ENERGY AND COLOUR IN THE WORKS OF OSCAR MURILLO

There is an energy in the works of Oscar Murillo that hardly leaves one indifferent.
Born in 1986 in La Paila, Colombia, Murillo lives and works in several countries and has won numerous international awards, such as the prestigious Turner Prize in 2019.

His works are characterised by dense, bold colour that seems to want to explode sooner or later to flood the world.

The works of Oscar Murillo 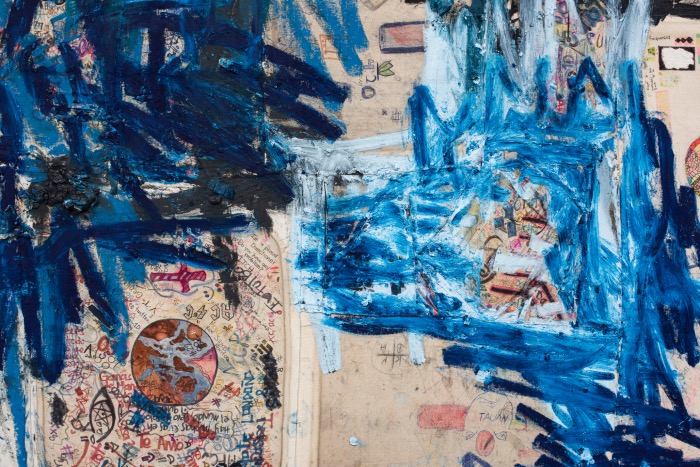 Oscar Murillo has created a visual language that includes recurring elements and motifs, black draperies, large canvases made of fragments stitched together, wooden and metal structures, sculptures that seem to be made of stone and are instead made of corn and clay.
All the elements that recur in Oscar Murillo’s works fit into a versatile style that includes painting, video, room-sized installations and actions.

All of Oscar Murillo’s works can be understood as part of a long, evolving investigation into the concept of community, influenced by personal and intercultural ties and the idea of continuous transnational movement, which has become an integral part of the artist’s practice.

The colour but also the abstract elements are reminiscent of painterly expressionism, although Oscar Murillo adds overlaps, seams and transparencies.
The innovative aspect of his works is certainly the use of dense colour and the inclusion of stitched elements.

Oscar Murillo’s latest solo exhibitions have taken place all over the world, from the Fondazione Memmo in Rome to the K11 Art Museum in Shanghai, China.
In 2022 he is in Venice for Oscar Murillo. A STORM IS BLOWING FROM PARADISE in which he proposes a global art installation. 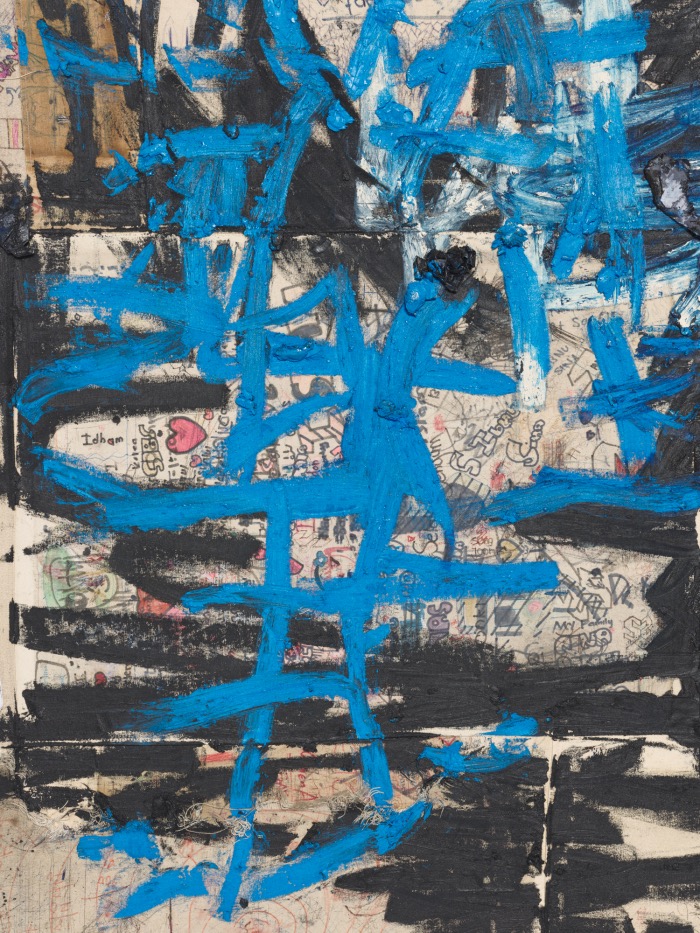