THE CERAMICS OF GALILEO CHINI BETWEEN ART NOUVEAU AND DECO

Galielo Chini’s ceramics reveal the work of a multifaceted artist, the inventor of modern Italian ceramics from the end of the 19th century.

Galileo Chini personifies that epochal transition from historical tradition to modernity, that moment in which the legacy of high artistic craftsmanship gave way to the inevitable need to confront a national and international market in constant search of novelty.
Chini belonged to a generation that had to come to terms with a series of epochal changes that brought the question of the relationship between art and industry to the attention of contemporary critical debate. His ceramics are certainly works of art, but also the sign of a changing world.

The ceramics of Galileo Chini 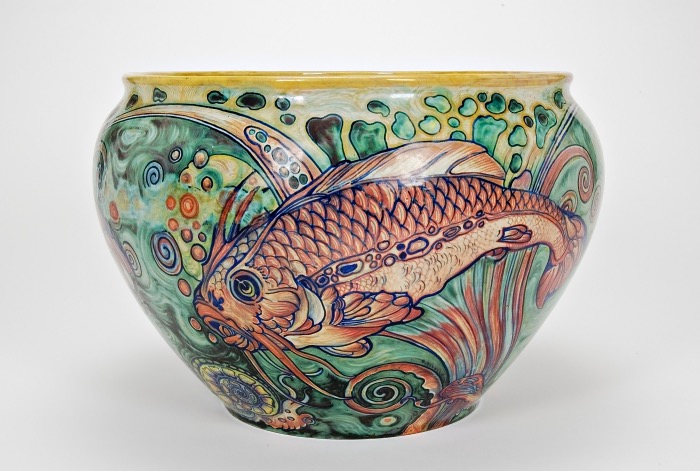 Chini was a multifaceted artist, up-to-date with the European tastes and trends of the time. He painted still lifes, beautiful landscapes of his Versilia, portraits and environments that recall his experience in Bangkok, where he was a guest of the King of Siam to decorate the royal residence, and in 1909 he painted the dome of the vestibule of the Central Pavilion of the Venice Biennale. He devoted himself passionately to the art of ceramics with a highly personal production and undertook colossal feats of ceramics applied to architecture as in the Salsomaggiore spa.

Taking inspiration from international modernism, on the wave of the English Arts & Crafts movement of William Morris, in 1987 Galileo Chini, together with Giovanni Montelatici, Vittorio Giunti and Giovanni Vannuzzi founded the manufactory L’arte della ceramica in Florence.
He was in fact aware that the Art Nouveau era was changing things and that it was essential to bring everyday objects into artistic production.

The manufactory’s ceramics, which knew how to combine tradition with modernity, immediately won awards and fame for their refined decorations inspired by Art Nouveau floral motifs and female figures of Renaissance influence. They were also an example of how craftsmanship could unite with art.

Galileo Chini was called upon to decorate the premises dedicated to the arts at the Torricelliana Exhibition in Faenza in 1908, from which the foundation of the International Ceramics Museum began. An initial nucleus of works from that museum was in fact donated by the artist himself to the city of Faenza. Unfortunately these were lost during the Second World War, but many others were donated by Manifattura Chini in later years. 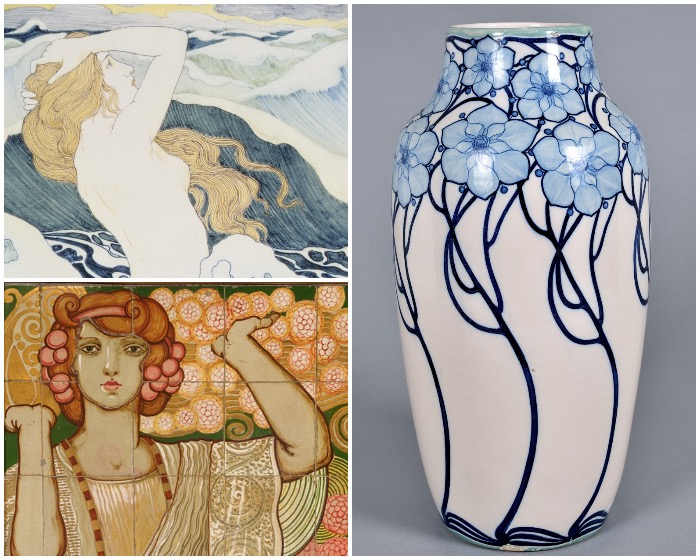 THE EXHIBITION ON THE CERAMICS OF GALILEO CHINI

The visit to the exhibition also suggests a geographical itinerary to discover the architectural decorations of the Chini factory in Salsomaggiore, Castrocaro, Borgo San Lorenzo, Montecatini Terme, in a network project aimed at highlighting the complex and articulated work of this extraordinary creator 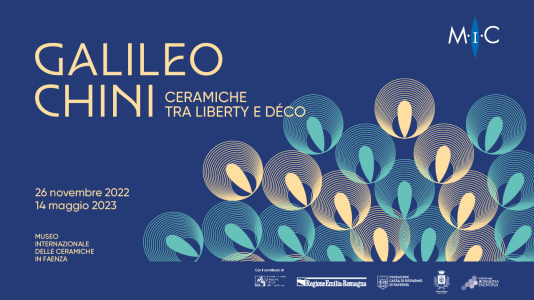 Galileo Chini e il simbolismo europeo – Catalogue of the exhibition that in 2022 celebrated Chini by examining the first 20 years of the artist’s artistic life (from 1895 to around 1914: from his early maturity to the threshold of the First World War).
These were years marked by his passionate adhesion to the climate of international Symbolism and the modernist instances of Art Nouveau, which made him one of the leading Italian artists of the time and one of the best known abroad, admired also by avant-garde artists who would revolutionise Italian art, such as Umberto Boccioni.
Galileo Chini e il simbolismo europeo is available on Feltrinelli.it