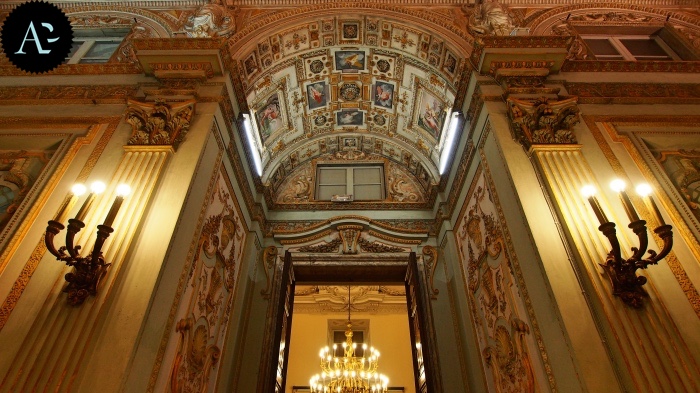 GENOA AND THE PALAZZI DEI ROLLI

Rolli in Genoa. Genoa is a regal city overlooking the sea, and you can get lost in its narrow alleys.
Genoa is a city made up of history and spectacular Palazzi (Palaces), and some of them were inscribed on the UNESCO World Heritage List in 2006.

These palaces are the Rolli. 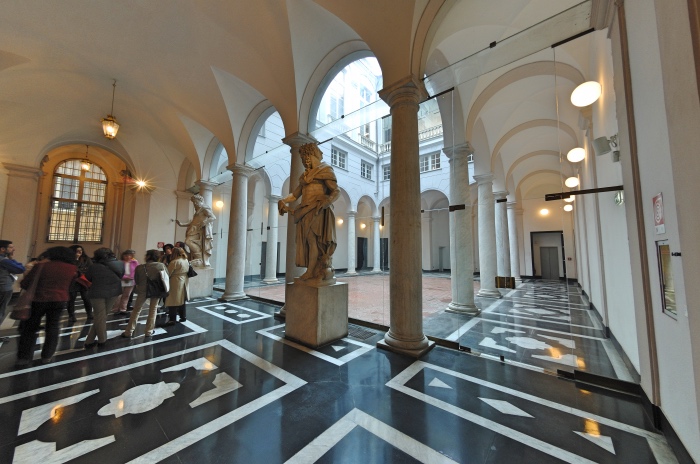 The Rolli are special lists of the most prestigious buildings used to host illustrious guests of the Republic of Genoa, compiled in the 16th century.
Genoa wasn’t a monarchy, so there wasn’t a royal residence in the city.
Therefore, the most powerful families joined together in order to host in their sumptuous houses those personalities useful for trading, and therefore to allow the city to keep an important political role.
The 16th century was the golden age of Genoa, which boasted a centuries-old trading heritage, especially in maritime trading. Relationships with Spain became closer and that broadened Genoa’s horizons in the area of work of the Genoese people, who, in many cases, transformed themselves from merchants into bankers.

Each palace belonging to these powerful families is classified according to its importance, beauty and capacity. But only the most important palaces could host Popes, Emperors, Kings and Princes.
The Palazzi dei Rolli are in total 42, and you can visit all of them, but you absolutely can’t miss 3 of them when you visit Genoa.

The Palazzo Bianco (The White Palace)

Built between 1530 and 1540, so called because of its clear colour, was the seat of an important Genoese family for three centuries, until the end of the 19th century, when the palace became a public picture gallery. The gallery hosts 15th – and 16th – century paintings, including “Ecce homo” by Caravaggio and “Venus and Mars” by Rubens.

The Palazzo Rosso (The Red Palace)

Built between 1671 and 1677, so called because of its red exterior walls.
Since the beginning, the building was a place for collecting pieces of art, and all its owners enriched the art collection, which in 1874 became property of the municipality of Genoa, and open to the public. Here you can admire paintings such as “Cleopatra” by Guercino and “Giuditta e Oloferne” (“Judith and Holofernes”) by Paolo Veronese.

Built on commission from Andrea Doria in 1529, it is the biggest and the most sumptuous building in Genoa.
Andrea Doria was one of the most important personalities of the history of the city. He was an admiral, a competent politician, and also a capable diplomat: he managed to persuade the Spanish Emperor Charles V not to conquer Genoa, but to ally with the city.
In this palace business relations were done in a Renaissance court climate, but modern at the same time.
The decorations of the building were made by Perin del Vaga, Raphael’s fellow worker. 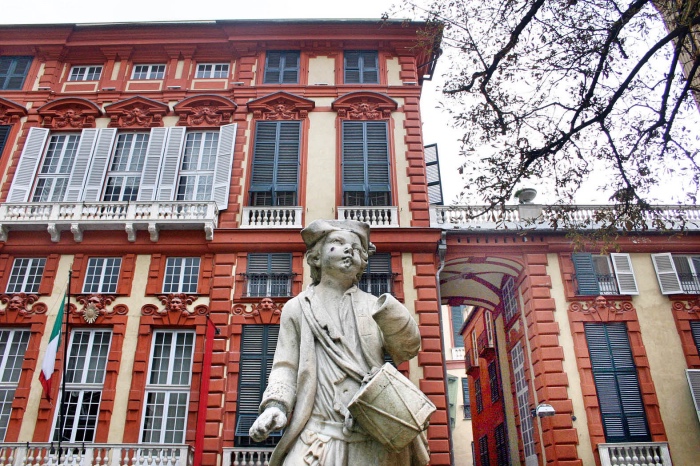 INFO
Every year the Palazzi dei Rolli are open to the public during the Rolli Days.

During the Rolli Days these places open again their doors to welcome the public with guided tours, events, concerts and much more.